After delivering an incredible set at Splendour in The Grass 2016, Sydney lads Sticky Fingers have announced details of their forthcoming third album, along with tour dates for its grand debut.

Their third album is to be titled Westway (The Glitter & The Slums), and was recorded at the start of 2016 over four weeks at Karma Studios in Thailand, along with producer Dann Hume. The album is said to contain their darkest lyrics yet, with the band addressing the tolls that years of endless touring has taken on the five-piece.

“The team surrounding Sticky Fingers were really worried about this record,” writes bassist Paddy Cornwall. “Last year we found our threshold in terms of how much time we could spend on the road… I recall being on some kind of month long December bender and missed my first flight [to Thailand]. Then Bowie died and I didn’t have anyone to drink with. I’m still banned from Qantas and I don’t know why. Once we’d settled in though it was magic. A studio built into a villa on the beach. An uncomfortable number of maids and kitchen hands. We spent almost the entire month all clad in white. It felt like we’d checked into rehab, except this time we actually wanted to be there because we were creating something beautiful together.”

Keyboardist Freddy Crabs also explains, “Westway is lyrically darker… It deals with rehab, break ups and loneliness, mixed with the transient nature of constantly being on the road and what that does to our bodies and our heads. The sound is more mature, heavier hitting but we still keep the sticky flavours in the pot to keep it all together. Expect stronger musicianship, bigger and better solos, fucked up synths and high falsettos… Westway is gonna be the best, it’s special album and a moving story that I’ll keep close to my heart for ever.”

Westway (The Glitter & The Slums) is set for release on Friday 30th September. Find all tour dates, artwork and tracklist below, and head to the band’s official website for tickets and more information.

Westway (The Glitter & The Slums) Tracklist 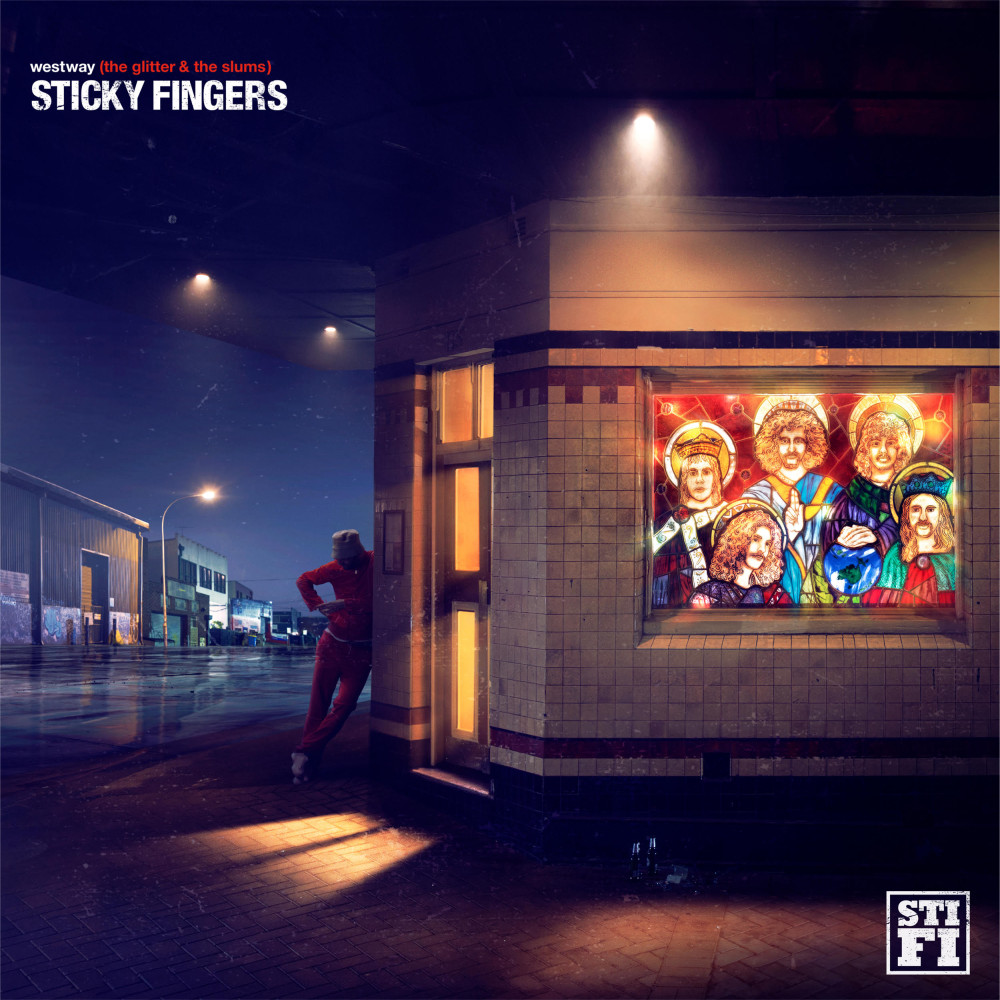