The Pixies were easily one of the most important artists of my upbringing and musical education. Their wild, surreal take on rock music was explorative, educational and somehow comforting as I stumbled through those early teen years, and has stuck with me ever since. It brings me great joy to announce that the band are now back, announcing a brand new album titled Head Carrier and releasing its first single, Um Chagga Lagga.

The album marks their second record since officially getting back together, and it set for release on Friday September 30. They’ll also be kicking off a national tour mid-November, meaning we can most likely look forward to seeing them touch down in Australia some time in 2017.

The album was prepared for across six weeks of pre-production, including writing, arranging and rehearsing. This is a unique process for the band, who are known for their more spontaneous approach to recording without much preparation beforehand. Drummer David Lovering noted that, “This was a wonderful luxury, for us to have the time to be able to really work these new songs out. By the time we started recording, we all knew the songs backwards and forwards, so it took half as long for us to make this album as it did to make Indie Cindy.”

The band also features Joey Santiago on guitar and the legendary Paz Lenchantin on bass, also known for work with A Perfect Circle, Billy Corgan’s Zwan and more. Lenchantin had been a part of Pixies’ touring band for the past two years. “I was very nervous in the beginning when I went to that first rehearsal,” she said. “There were these shoes I felt I had to fill and I tried to do the best I could for the fans, to make the live performances sound true to the originals. I spent three years learning to understand what being a Pixie meant, and now, my heart, spirit and love for their music is embedded in me and I feel like I have become a Pixie. We had been more about the history of the Pixies, but now, we are about going forward.”

The track has a spaghetti western vibe to it. It’s loud, frantic and a lot of fun, complete with a big, brash guitar solo and back-and-forth vocals from Black and Paz. It sure cool to hear a great new Pixies tune, and with any luck, this’ll be a fantastic new album from the legendary group.

Check out the artwork and tracklist below. 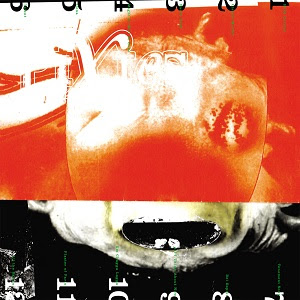