R&B superstar Maxwell has made a welcome return to the music scene, today releasing his long awaited fifth album BlackSUMMERS’night, the middle instalment of a trilogy which began with 2009’s BLACKsummers’night. Having debuted his first new song in seven years earlier this year, Lake By The Ocean, today’s album release comes as a very welcome addition to an already incredible 2016.

The album release coincides with the exciting news that Maxwell, who recently delivered a breathtaking rendition of Prince‘s Nothing Compares 2 U at the BET Awards, will be touching down in Australia this August for two intimate performances at the Enmore theatre in Sydney and the Palais Theatre in Melbourne, on August 22 and 24 respectively.

As per the poster below, pre-sale tickets will be available next week from 10am on Wednesday, July 6, with general public sales taking place from Monday, July 11 at 10am.

The tour marks Maxwell’s first visit to Australia since 2014, when he arrived to perform at the now-defunct Soulfest. Known for his dramatic and powerful live performances, this will undoubtedly be one of the most exciting live shows of the year. 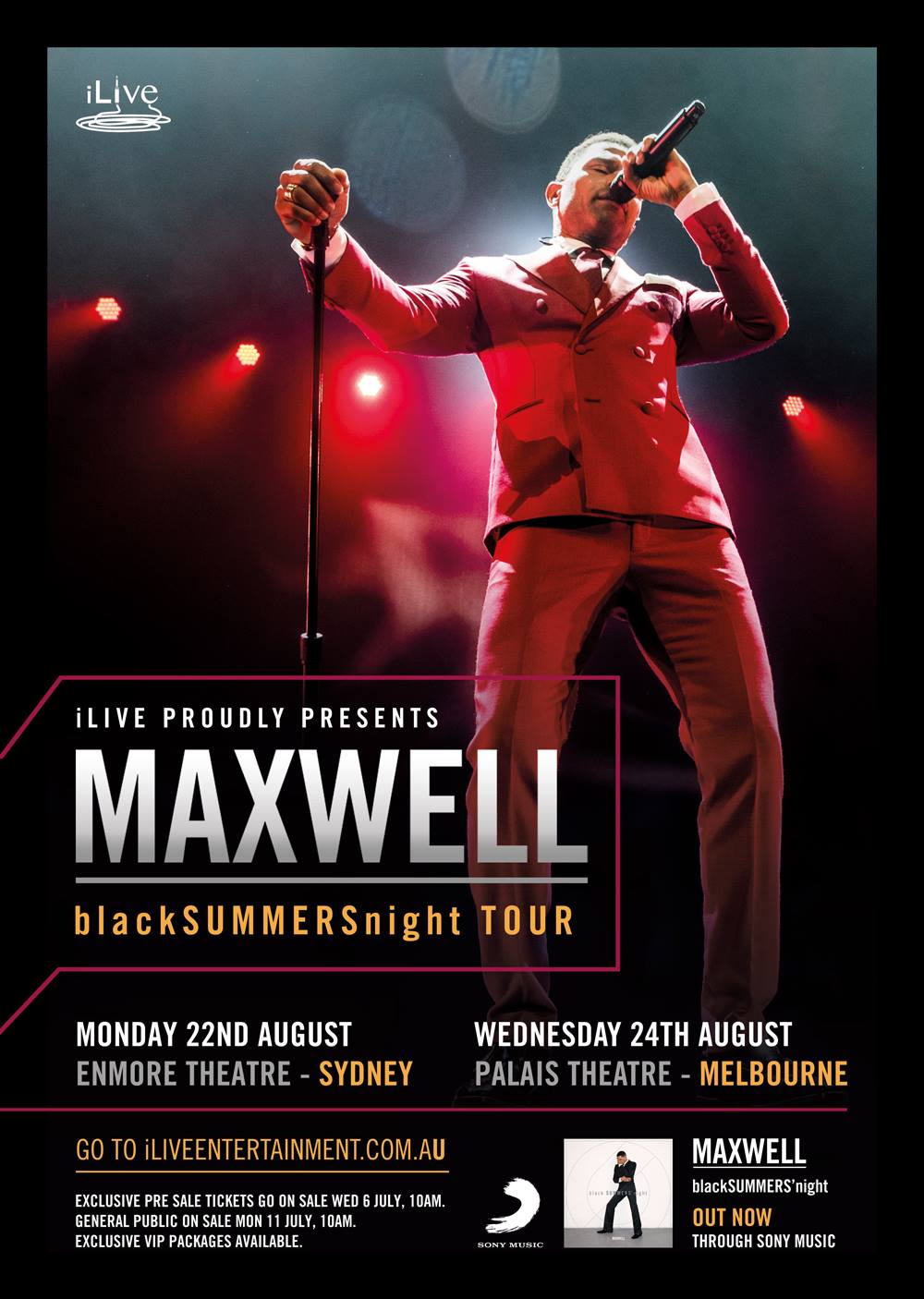 You can now stream the full album below: