The BET Awards took place today, and one of the main events throughout the proceedings has been its continuous Prince tribute; yes, instead of one powerhouse performance, the ceremony is delivering a full series of tributes from a wide array of artists including The Roots, Stevie Wonder, Erykah Badu, Bilal, Janelle Monae, Jennifer Hudson and more. Much like they did when Michael Jackson passed away (he died just days before the award’s 2009 airing), honouring the late legend continues through the entire night.

Dave Chappelle spoke about Prince just half an hour into the event. “On April 21, we got that news, and literally our hearts were broken,” he said. “I was 11 years old when Purple Rain came out, and by the time I was 20, Prince had changed his name to an unpronounceable symbol… We miss him dearly. And tonight we celebrate the rich legacy of this remarkable genius, who we are all so proud of.”

The musical tributes then began with Erykah Badu and Bilal, who performed equally beautiful versions of The Ballad of Dorothy Parker and The Beautiful Ones respectively, backed by The Roots. Next, Tori Kelly joined Stevie Wonder on stage for Take Me With You, and Jennifer Hudson sent shivers down everyone’s spine with her take on Purple Rain. Maxwell sang Nothing Compares 2 U as well as his own recent single Lake By The Ocean, updated the first line of NC2u lyrics from, “It’s been seven hours and fifteen days” to sixty-six days, the time since Prince’s passing. Meanwhile Janelle Monae took the her medley of Kiss, Pop Life and I Would Die 4 U even further, honouring Prince’s infamous 1991 VMAs outfit with assless pants of her own. Hudson similarly honouring Prince’s outfits by donning a white hooded suit for Purple Rain. Finally, Prince’s long time collaborator, drummer Sheila E led a final ten-minute medley (which was reportedly set to have been led by D’Angelo, who didn’t end up performing) through Housequake, Erotic City (the first song she and Prince recorded together), Let’s Work, U Got the Look and many more.

Unfortunately BET has not yet made the full performances available for international viewers. For now, you can watch short snippets of the performances here. We’ll post full versions when made officially available: 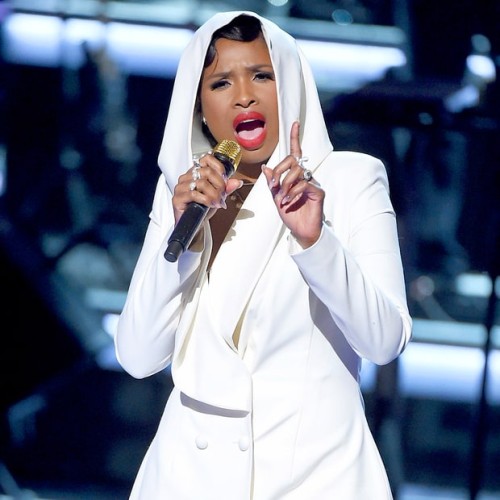 Im not your woman. Im not your man. Im something you will never understand! @JanelleMonae honors @prince #BetAwards pic.twitter.com/1C4arwhKC7