It is many people’s first instinct to hide their pain when they’re having a tough time. With the forthcoming release of her new album Supercry, Emma Louise has shown us a healthier way of coping with struggles. “Everything’s new and changing for the first time and you’re just like ‘Shit, everything that I thought was true, isn’t.’”

Her relationship with music started with something as simple as borrowing a guitar from a friend and trying out a few covers. It wasn’t until she started writing her own songs that her musical journey truly began. She was only 16 years old when she began performing in front of other people. “I started playing gigs around Cairns with this musician from Cairns called Terry Doyle and he kind of mentored me and was like ‘Hey man, you can do this for reals!’ And that kind of changed everything for me.”

She continued, “Before I was working with people on the album, before the struggle took off and stuff, it was always just me and the guitar. I never had any of these doubts because it was just so innocent.”

After the release of her first album VS Heart VS Heart, however, something changed. Emma’s self-confidence had dwindled and the people that surrounded her weren’t as supportive as they should have been. A big part of her recovery was taking a break from music. “I did a lot of other things and then came back to music and just came back with a new state of mind.”

She saw writing music as her way to portraying those feelings she had during that difficult time in a raw and honest way.

“I think that’s healing, for me anyway,” she says. “Just to be like, if I’m feeling pain, to be able to justify that pain by writing about it in the most honest form. For me, that’s really rewarding.”

As the songs came to her, she began to create what was to be her second album. “It was all a pretty natural process, like I wasn’t writing for an album,” she said. “I didn’t know when or if I was going to do an album again.” The raw and honest words came before the sweet, stunning melody that sooth the heart as they float through your headphones. “In the studio, we added a lot of the melodies and stuff. They kind of all fell into place.”

She says, however, she doesn’t like to think about the melodies too much. For her, it’s more about the lyrics and the emotions they convey. “I try to write the lyrics that are the most honest and true to me, and then that’s what makes the songs that get on the album. That’s what I resonate with the most.”

Emma’s creative talents don’t stop there. She also likes to paint and design outfits. “I wouldn’t really classify myself as a painter or a designer because I haven’t done the hard yards, but with music I have really given it everything. My whole life has just been music and these other things are just things I do on the side, but saying that, I love painting and I want to do it more.”

She designed the cover art for Supercry, which you can see below. The story behind the colourful piece begins with her finding a simple box of acrylic paints on the side of a road. After a breakup, the image was born. “A year and a bit later, I was figuring out what I wanted to do for the album cover and that painting came to mind, and it was just crazy what that mean now and then.” 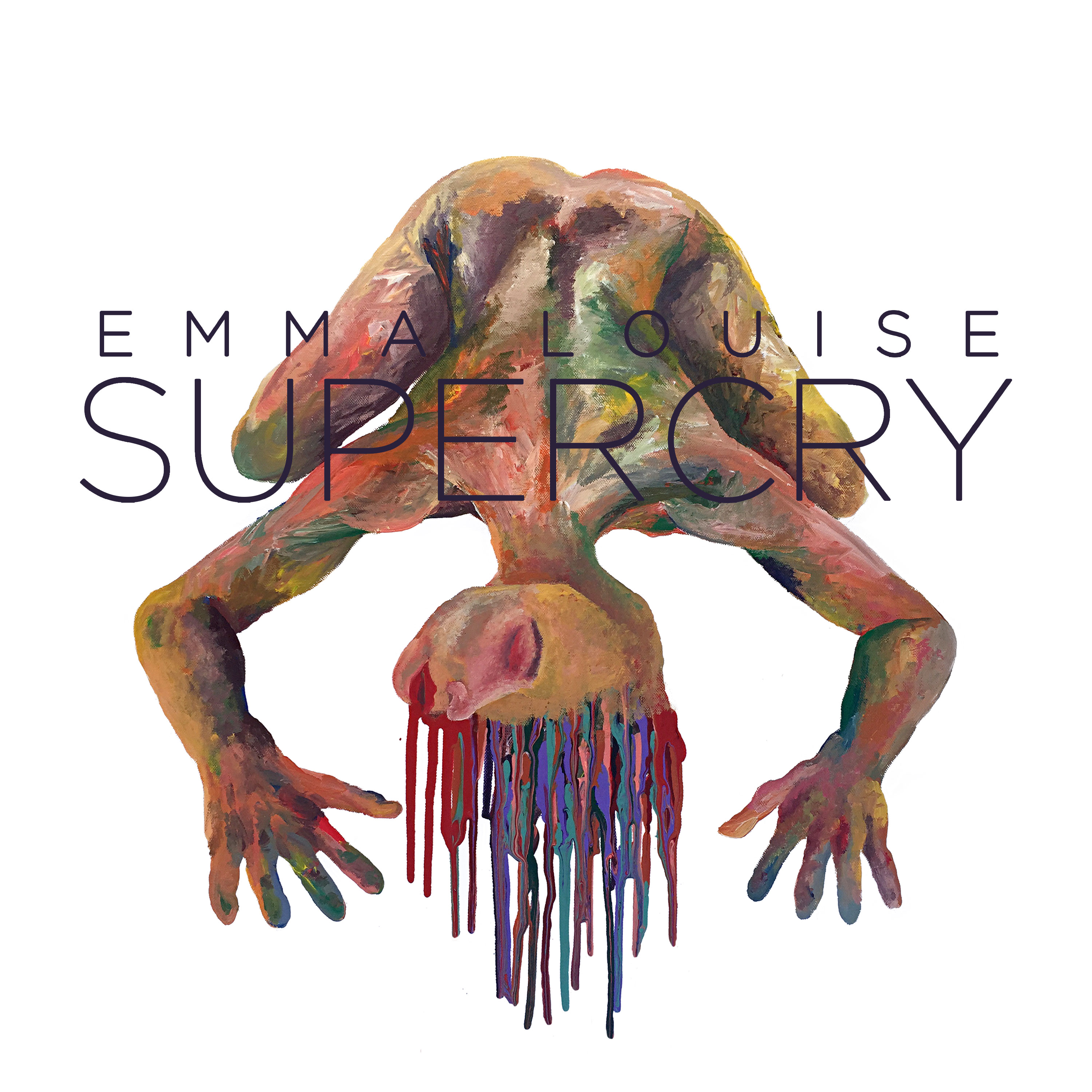 As for her interest in fashion, she says just at the beginning stages of designing at the moment, and has designed a lot of her own outfits. For those of you who are going to Splendour In The Grass this year, you’re going to have the opportunity to see something she is currently working on with a tailor. “I really like this new suit that I made. It’s for Splendour, actually!”

After Splendour in the Grass at the end of July, Emma will be setting her sights on a newly announced headline tour, kicking off in October. She also plans to start working on her next album, so hopefully fans can look forward to even more wonderful new music come the end of of 2016.

With so much ahead for her, we can hardly wait to see what the future holds for Emma and the beautiful symbols of pure creativity she will release into the world.

Stay tuned for Supercry, which will be released this week on July 15.

Check out her tour dates below. Find out where you can get tickets here: