One of the most formidable and influential hip-hop groups of all time, N.W.A paved the way in so may ways, not just for rappers, but for the whole hip-hop and music industry. 2015 saw the release of their blockbuster biopic Straight Outta Compton, and earlier this year, the group achieved the incredible accolade of being inducted into the Rock & Roll Hall of Fame, one of the only hip-hop groups to ever receive this coveted recognition.

Along with Ice Cube, Dr Dre, MC Ren and Eazy-E, DJ Yella, who had previously worked with Dre in World Class Wreckin’ Cru, N.W.A brought the world’s attention to the streets, to hip-hop, and to a life and environment formerly unexplored by so many, particularly through songs like Fuck tha Police, which controversially highlighted issues like racial profiling and police brutality.

I recently interviewed DJ Yella about the group’s legacy and hip-hop today, Yella cites artists like Kendrick Lamar and The Game as the new generation of influential rappers from Compton. However, he continues to say that he’s unsatisfied with the state of hip-hop today, claiming it to all be sounding the same, and that “nobody has their own style.” I have republished a few of these questions below.

What are your thoughts on the legacy N.W.A left for hip-hop today?

It’s crazy because we didn’t even think about nothing like this, we just made music we liked. It’s amazing how it affected so many up and coming artists and how we opened the doors for so many of them like Eminem, Kendrick Lamar, Snoop Dogg, 50 Cent, The Game, the list goes on.

As someone who helped to shape it, what do you make of the current state of hip-hop and its future?

Right now it’s the same thing going on. Not too many groups, just solo artists or guest appearances. Music right now is just sounding the same. Not much separation. It seems like nobody has their own style like it was back in the day but hip-hop is still here to stay.

What did it mean to come from Compton when N.W.A first began, and how is it different today?

In the beginning, Compton didn’t mean nothing to nobody, it was like a bad name. It was a name people was scared of and scared to come visit. So we had to change it to something good. So now Kendrick Lamar and The Game put Compton back on the map.

The internet has certainly affected how hip-hop and music in general is created and released today. Has that allowed hip-hop to become greater, or has it lost some of what once made it so important?

The internet has changed music. Not just hip-hop but all music. It’s made it bigger, stronger but the only down fall is that it seems like it’s starting to be more artists than fans because it’s so easy to make songs now anywhere, in your bedroom, in your garage, wherever. There’s not many big studios no more. 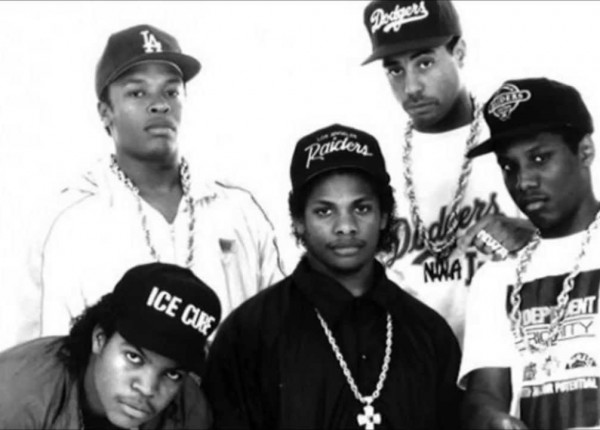 It’s interesting, but I suppose not all that unsurprising, that someone as timelessly influential as a member of N.W.A should view hip-hop as having plateaued today, particularly considering his awareness of how much the internet and technology has changed the industry and music in general. While he considers the internet’s downfall to be that more people are able to make music, and therefore there are more artists than fans, shouldn’t this mean that there’s more diversity, more creativity, more voices and more individuality out there? Sure, more music means there’s more to sift through to find amazing music, but that’s not a bad thing.

It’s not uncommon for previous generations, not just of hip-hop but literally anything, to be wary of how things have changed, or to turn a blind eye to new generations entirely. If you don’t want to listen to newer voices, that’s fine – but that’s different from claiming they don’t have their own style or that it all sounds the same. It’s true that Eminem, Snoop Dogg and 50 Cent were influenced by N.W.A, and it’s true that Kendrick and Game are waving the Compton flag today, but what’s also true is that hip-hop, and N.W.A’s legacy, has spread far, far beyond those borders and those sounds.

Music today has not only been influenced by Yella, Cube, Dre, Ren and Eazy-E, but has gone on to expand and grow beyond anything they might have imagined. Artists are cultivating remarkably diverse, beautiful, intelligent, fun music that absolutely does not all sound the same. Lyrically and musically, there’s never been more to pick from. That should be cherished, not ignored.

Republished with permission from Indie Shuffle.