As the title suggests, much of the track details their histories as drug dealers, an interesting slice of retrospective pie from the presidents of Tidal and G.O.O.D Music.

But that wasn’t all they spoke about on the track. Now, Pusha has taken to lyrics website Genius to annotate some of his own bars, as well as Jay Z’s.

They’re surprisingly detailed and remarkably insightful, offering an honest explanation behind a number of crucial lines.

Here they all are: 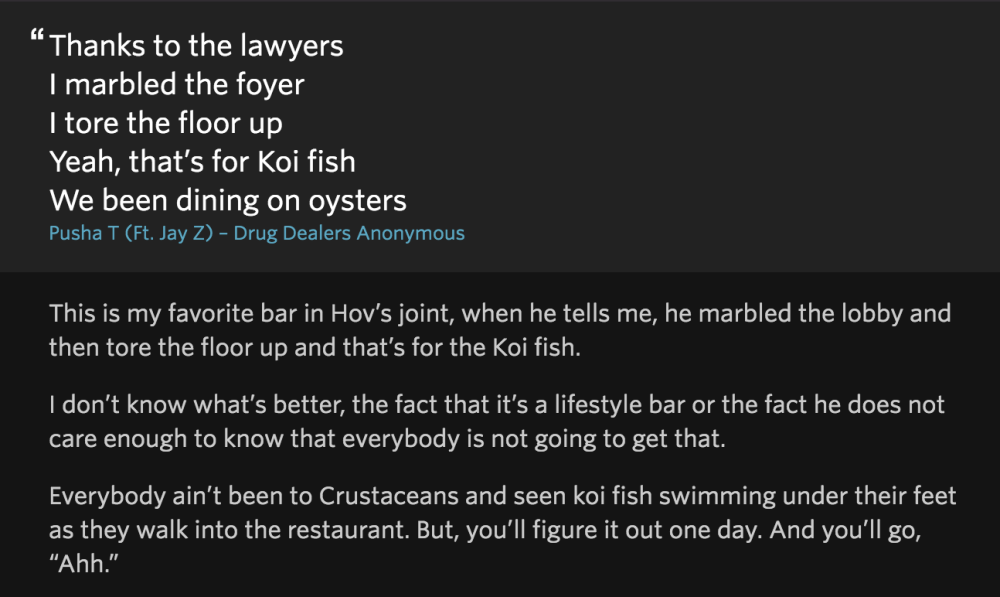 Here, Push talks up his favourite lines on Jay Z’s verse. And for good damn reason, too. 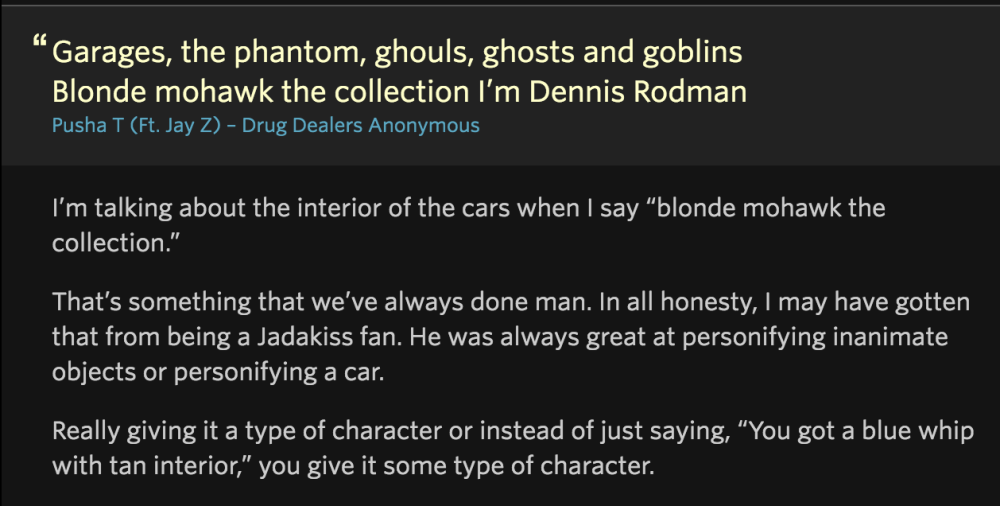 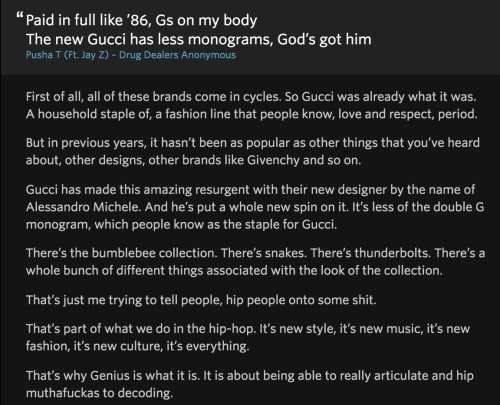 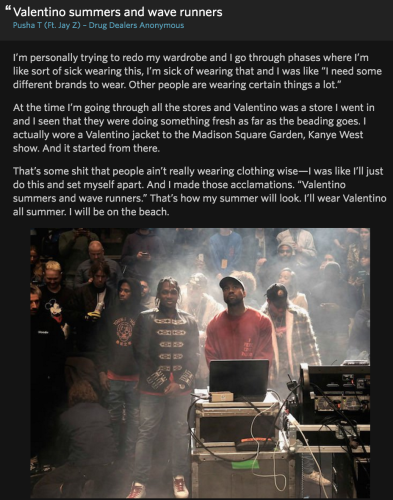 This and the above annotations display an incredible dedication and passion for fashion, much like Kanye. His intimate knowledge of Valentino, Gucci and beyond is clear; I wonder if he’ll follow in Kanye’s footsteps and create his own brand of designer gear. 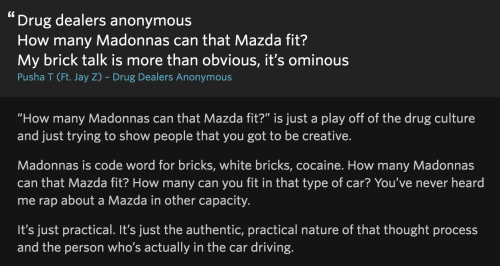 I love that he mentioned that he’s basically just a big rap fan – even more so after seeing the recent footage of him squealing over scoring an Iverson autograph and seeing him go full fanboy.

We feel you, Push. Radiohead feels you too.

Listen to the song here:

And check out the rest of Pusha’s many Genius annotations here.

Drug Dealers Anonymous will feature on Pusha T’s upcoming album King Push, which we can only hope will drop real soon.