By now many of you reading this are likely aware of the nightmare that ensued when I sent a single, harmless DM to rapper Danny Brown yesterday about a photo he published without crediting our photographer.*

It sucks that Danny Brown is so disrespectful towards photographers and it sucks that he’s been so rude and uncooperative to a site who have loved and supported him since we began.

But the worst part about all of this is that I am no longer a Danny Brown fan.

I have long been a fan of Danny Brown’s high-pitched drug-laced party bangers. More than that, many of his deeper, darker songs like Lonely and Clean Up have meant a serious amount me over the past couple years.

However, this incident has shown me first hand what a douchey little weasel Danny Brown is. Considering how stupid and ironic it is to see a musician in today’s industry climate slamming an extremely simply request for another artist to receive credit, this has generally just left me bitter and pissed off. As a result, and this is completely beyond my control, I no longer have any interest or respect in his music.

This got me thinking about how artist behaviour can have such a serious affect on how we listen to their music, in positive and negative ways. There are plenty of artists who I might not have liked that much at first, but after having a great experience during an interview or other communication, or even just reading about them doing something that I respect, I find that my opinion changes and that I can appreciate them and their music more.

There are also a small number of artists who have acted out, usually towards me or someone I know, in a way that’s made me lose respect or love for them and subsequently their music.

Much like how it is difficult to accept the end of a relationship with someone you’re still in love with, it is difficult to end a relationship with an artist you love listening to. I imagine that many Chris Brown or Ten Walls fans have experienced this conflict, for example. Indeed I, like many others, flat out refuse to listen to these artists because of behaviour in their personal lives. I know a number of ex-Azealia Banks fans who no longer listen to her because of her endlessly frustrating social media presence. I certainly felt incredibly conflicted when Kanye West tweeted about Bill Cosby being innocent.

When you really love an artist, especially if you can relate to or draw real emotion from their lyrics, you can often feel like you know them personally. Like they’re your friend, an older sibling, or maybe even you yourself. This means it can be even more painful when they hurt you (this is also the reason I have a fairly long list of favourite artists who I never want to meet or interview.)

I understand that some may consider today’s photo debate a small or insignificant issue. In the greater scheme of things you are totally, absolutely right. Maybe I am indeed “butt hurt,” as Brown succinctly put it, and I’m sure I’ll forget about it eventually. But I cannot control or change this, it’s just how I feel.

It’s strange and confusing, because I very obviously know that many of my favourite artists (especially rappers) have behaved in far, far, FAR worse ways than refusing to credit a photo. As an Australian female obsessed with hip-hop, so much of the music I listen to on a daily basis is morally conflicting for me at the best of times. This raises an interesting question: why am I okay to listen to artists who I know have committed and glorified, say, serious criminal activity and a disgustingly misogynistic outlook, Danny included, but he insults me personally for a really stupid and easily avoidable issue, and I immediately lose all love, respect and desire to listen to him?

Obviously the answer is that this particular situation has affected me more because it happened directly to me. But surely that’s not right? Of course this isn’t always the case (refer to aforementioned comment about Chris Brown,) but how can I be okay with this sentiment? 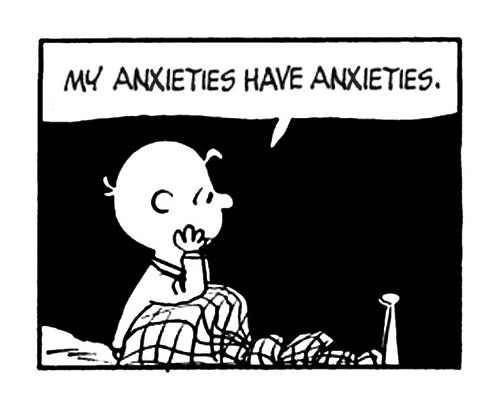 *In a nutshell, he posted a photo of ours without crediting the photographer, Michelle Grace Hunder. When I asked him to add one in, he rudely accused me of being “butt hurt” and proceeded to announce on Twitter that, “If u want credit for your pictures then don’t take any of me if I didn’t ask u to!!! … Fuck outta here!!” For more, read this.