Pearl Jam are the latest band to cancel a concert in North Carolina, in protest of the anti-LGBT “Bathroom Bill” known as HB2. They join the ranks of Bruce Springsteen, Ringo Starr, Boston and more in cancelling North Carolina shows, while others including Mumford & Sons and Against Me! have announed that they will not be cancelling, but will be donating proceeds from the show to organisations working to fight these terrible laws.

The band are on their 25th anniversary tour, during which they’ve just performed Vs in its entirety for the first time ever in NC’s neighbouring South Carolina.

Pearl Jam published a lengthy handwritten note to their website and social media accounts, explaining the reasons they have decided to cancel their show. “The HB2 law that was recently passed is a despicable piece of legislation that encourages discrimination against an entire group of American citizens,” they wrote. “The practical implications are expansive and its negative impact upon basic human rights is profound. We want America to be a place where no one can be turned away from a business because of who they love or fired from their job for who they are.”

“In the meantime we will be watching with hope and waiting in line for a time when we can return – perhaps even celebrate,” it ends.

Read the note in full: 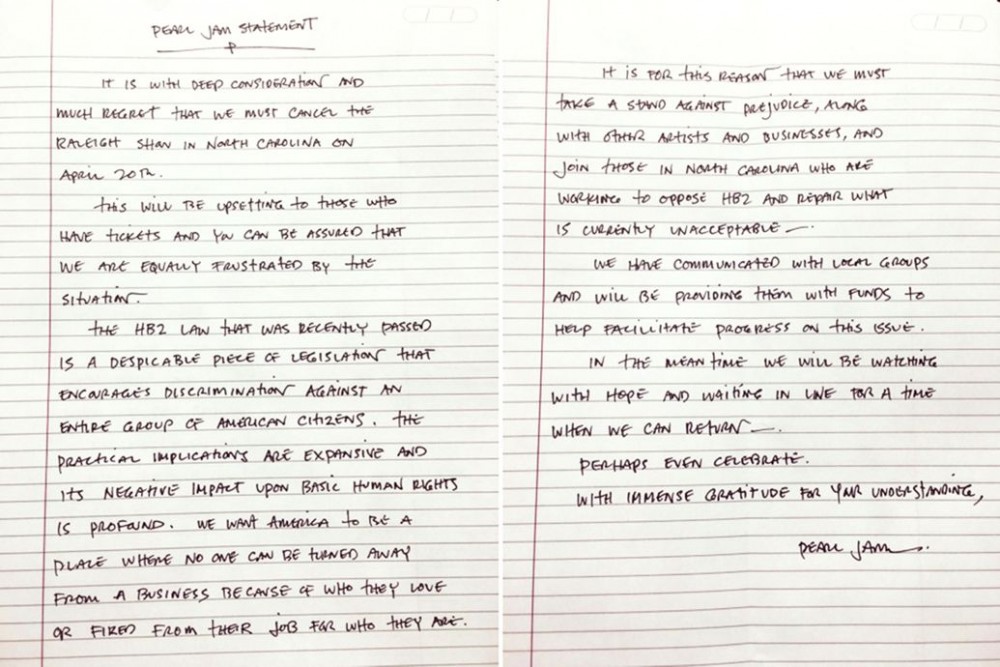