The relationship between hip-hop and basketball is long and fruitful, and when one MVP announces his retirement, it only makes sense for a musical MVP to respond.

After announcing his retirement last November, basketball superstar Kobe Bryant will play his final ever game for the NBA tomorrow, with the LA Lakers playing against the Utah Jazz at the Staples Centre. Tributes have been flooding in from across the word, including sporting, hip-hop and many, many more.

The track blends the music from his recent single untitled 7/ levitate from his phenomenal new album untitled unmastered with a tribute written by Robert Jackson from ESPN.

Lamar talks about the importance and legacy of Bryant for the rapper’s home town of Compton, greater Los Angeles, and the NBA as a whole.

Watch and listen to the touching tribute below, which features a series of video highlights throughout Bryant’s career, close up footage of Lamar at The Forum in Inglewood. 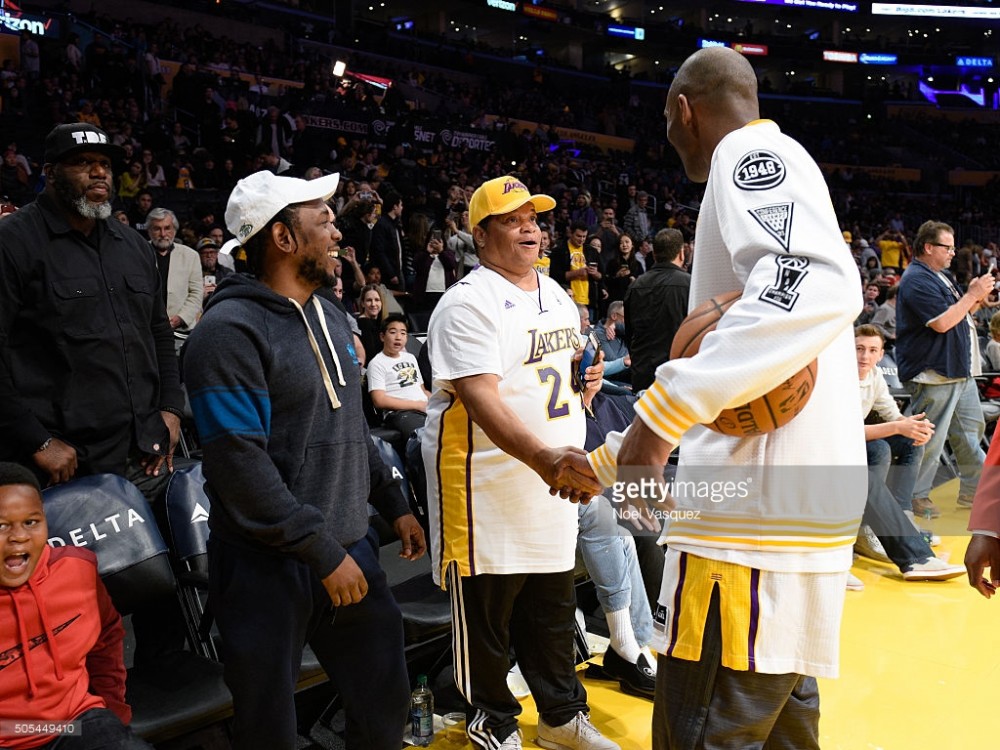 Lamar and Bryant during a recent game. Photo: Getty Images