Not even five years ago, Violent Soho were returning home to Mansfield from a tour of the United States. They were broke. They had two albums under their belt, We Don’t Belong Here and Violent Soho, the latter of which was a minor hit but the band had such little to show for it. Certainly not enough to make a living despite being an absolute knockout album. There was the famous story of guitarist James Tidswell finding out he’d been nominated for an ARIA along with the band for that record on his way to apply for a job at McDonalds.

Eschewing any and all expectations, writing and recording purely for themselves as they weren’t sure if anyone would even hear it, Violent Soho went into the studio and recorded Hungry Ghost. They watched their world change almost overnight as the album stormed all the way to number six on the ARIA charts and won them legions of fans, their music resonating so deeply with Australians young and old. Covered In Chrome, Dope Calypso and Saramona Said were the big hits but the entire album was of a stupendous quality. The kind of breakthrough album that some bands spend the rest of their careers fruitlessly trying to top.

Following up that outrageous level of success was obviously never going to be easy, Hungry Ghost having not so much entered but emphatically kicked down the door (waving a beer and a guitar on the way in) of the Australian pantheon of rock and roll records. With their hype never bigger, with seemingly everyone in the country behind them and the expectations at an all time high, Violent Soho went back to the studio with previous producer Bryce Moorhead, then into a shed (in true Australian fashion) after running out of studio time, and recorded their fourth album WACO.

I can say beyond a shadow of a doubt that they’ve outdone themselves. 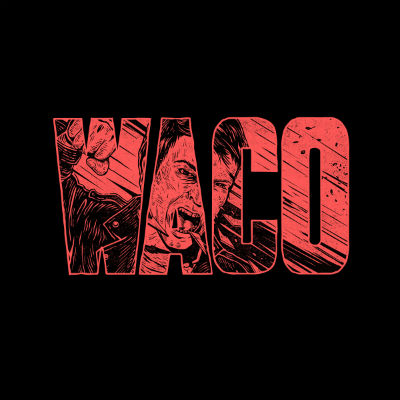 Right from the moment album-starter How To Taste crackles on with a jangly classic rock riff and vocalist Luke Boerdam lets rip a scream, you’re irretrievably hooked. It brings you to the edge and throws you straight off into a maelstrom of gigantic riffs that don’t let up until a chorus just made to sing along to kicks in. I’m immediately aware I’m going to be listening to several thousand other punters screaming this song back at Violent Soho from the depths of a moshpit one day. It builds and winds, rises and falls magnificently. You could scarcely have asked for a better opener.

Bloc Party-style, rapid fire garage riffs anchor second track Blanket, immediately adding another dimension to the sound of the album. The chorus turns the guitars up to 12 and is an absolute screamer. The nods to other genres continues on second single Viceroy, featuring a bassline that will lodge itself in your skull for weeks, guitar licks with just a hint of calypso and a bonecrushing wall of guitars over the chorus. It was one of the biggest and loudest songs to be played at their Brisbane set at Laneway Festival just gone by and that only bodes well.

Sentimental dials back the aggression, the guitars chugging instead of roaring and frontman Luke Boerdam softening his vocals to the point of near serenity- for a Violent Soho song. They leave their first single in the powerhouse Like Soda for the midpoint of the album. One of the best Australian rock songs written in the last 15 years, it is truly anthemic, championing the voice of a “We don’t mind, we don’t care” generation. Like Viceroy, it went all the way off at Soho’s Laneway set and promises to be a live staple for years to come.

No Shade is my absolute favourite of the tracks I hadn’t heard yet, opening with a stunning dance between a bass line and a crystal clean guitar riff. Behind the slow burn lies an utterly steely defiance, James Tidswell touched on it in our interview and I fully agree, the final line of the chorus “You can say what you want but I don’t have a problem” is delivered so impeccably as to render it earth-shattering. If you thought audiences were going to scream back “I don’t mind/ I don’t care/ I’ll just say whatever” when you first heard Like Soda, then you can put bank on them absolutely bellowing the chorus of No Shade with every shred of their being; it’s ‘fuck you’ sentiment so deeply rooted in a youthful audience.

Slow Wave follows the same flow, a long fuse burning in the dark up to a chorus that just crashes into you with force.  Evergreen sees the noise and ferocity the record opened with back, and is an absolute pummelling from all sides of the band leading to a stuttering jet engine guitar solo that’s so unlike anything you’ve heard from them- but still sounds exactly right. Holy Cave promises to be another live cornerstone, verses sung in weary sighs bubbling towards a ferocious chorus.

The penultimate title track bristles with a sense of not so much dread, as pit-of-the-stomach agitation. It’s spurred on by a staccato guitar riff and with the old school grunge vibes at an all time high, Boerdam sneers his way through the whole thing. The record ends on what is about as close to a ballad as you’ll get from Violent Soho in the lighter-waving Low. If you’re not taking a deep breath and dialing it back for another listen immediately, there might be something wrong (with you).

To look at this record as an extension or a sequel to Hungry Ghost might not be to do it justice. It’s a whole new movie. As we heard from James Tidswell in our recent interview, where Hungry Ghost was made at one of their lowest points and with almost zero expectations, WACO is a record that found the band established and unencumbered, able to focus entirely on writing and recording and ecstatic to be doing what they love. They shut the outside world out and focused on making a record, as Tidswell put it, that they could still listen to in 10 years.

They’ve made a record we’ll all still be listening to in 30. A record that stands on its own next to Hungry Ghost, a record that expands on the Violent Soho sound with so many subtle nuances while still bringing the unbridled noise that made them famous. A record truly reflective of the present situation of the band, a record sure to press every right button for fans of Violent Soho both new and old (and there will be plenty of new ones after this) and a record already screaming its case for Album Of The Year at the next ARIAs.

Violent Soho became stars on Hungry Ghost and they’re set to be superstars after WACO. They’re up there as one of the best rock bands to come out of Australia since Silverchair and they’re swiftly becoming one of the most important contemporary acts in the country.

Most importantly, they’ve belted it out of the park with WACO, and now we get to enjoy the fruits of their labour.

WACO is out now via I Oh You.

Catch Violent Soho on tour with Dune Rats and DZ Deathrays on their WACO tour in May.

Check out our interview with James Tidswell here.