The Game has joined Waka Flocka in being the latest rapper to add his opinion into the mix concerning the accusations directed at Bill Cosby.

The outspoken rapper, who has a relatively heavy social media presence, took to Instagram with a post headlined “Black Lives Splatter”, in which he laments on the fact that so many killers of African-Americans are free to ring in the New Year, while Bill Cosby is behind bars for his alleged sexual assaults as of December 30th 2015. Okay then.

“Darren Wilson, who killed Mike Brown on camera, is FREE. George Zimmerman, who killed Trayvon Martin, is FREE. Timothy Loehman, who killed Tamir Rice seconds after arriving on the scene.. on camera, is FREE. Officers who shot Keith Childress 19 times for holding a cellphone they thought was a gun, are FREE. Officers who arrested Sandra Bland & detained her until her mysterious death, are FREE. All of the officers who shot 50 rounds into Sean Bell’s car, on his wedding day, killing him, are FREE ! I could go on all day, but you get the point… & again, y’all put Dr. Huxtable in jail off of word of mouth.”

The Game goes on to say that he isn’t calling the alleged victims liars, but does question why it took them so long to come forward with the accusations (which is ridiculous) while simultaneously shaming social media users for making memes about the 78-year-old actor. 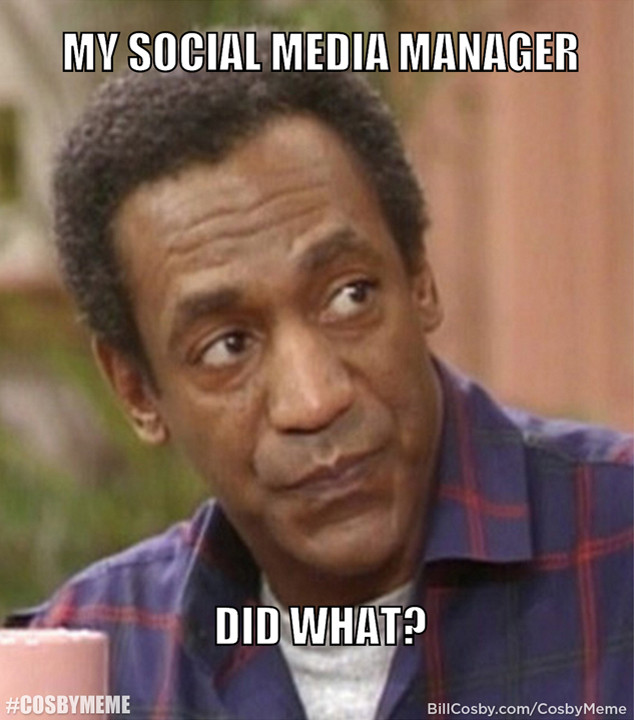 “I’m not here to say these women are liars or not because RAPE is a huge deal & I don’t wish that on any woman of any color… But whether or not he actually did anything, we won’t know because of the lack of evidence or proof & the duration from the point of the alleged assault to now…. Why did it take these women over 10 years to bring this to the light ? & while we out here laughing & making memes of a 70+ year old man who practically raised us all on tv as children….”

Perhaps most important of all, the Compton rapper doesn’t attempt to sway anyone with his post, simply stating that it’s his opinion and that people should make up their own minds about the situation.

“& who am I except a man with an opinion……. So I’m not here to ask anyone to do anything other than pay attention & govern yourself accordingly”

Contrary to the sexist take which Eddie Griffin presented, and the conspiracy ramblings of Waka Flocka, The Game appears to be posting more out of frustration over all of the previous year’s news stories regarding the non-indictment for the killers of Trayvon Martin, Mike Brown, Tamir Rice, Keith Childress and Sean Bell, rather than defending Bill Cosby.

It’s unfortunate that Bill Cosby has become an unintentional martyr for the injustices against African-Americans, with people seemingly unable to separate the issue of race from the gendered phenomenon of sexual assault.