Hip-hop duo Rae Sremmurd have just announced SremmFest, their very own music festival. The brotherly duo of Slim Jxmmi and Swae Lee will be holding the festival next month, from December 18-20 in their hometown of Tupelo, Mississippi.

The event is set to encompass so much more than music. Sports, food, community charity drives and plenty more will be involved . The festivities will officially commence following a game of celebrity basketball, after which there’ll be a concert starring Dej Loaf, Yo Gotti, K Camp, Two-9, a DJ set from RS’s producer Mike WiLL Made It, and of course, Rae Sremmurd. Later in the weekend there will also be a community barbecue, a toy and food drive, and more. So as you can see, it’s an all inclusive community event, as opposed to a music festival per se. And that’s pretty damn cool.

“We’re trying to bring good vibes back to our hometown and to bring positivity through the music that’s brought us from Tupelo, Mississippi, to all across the world,” said Slim Jxmmi.

Rae Sremmurd are also set to receive the symbolic gesture of keys to the city by Jason Shelton, Tupelo mayor.

Tickets and more details are now available at the official SremmFest website. 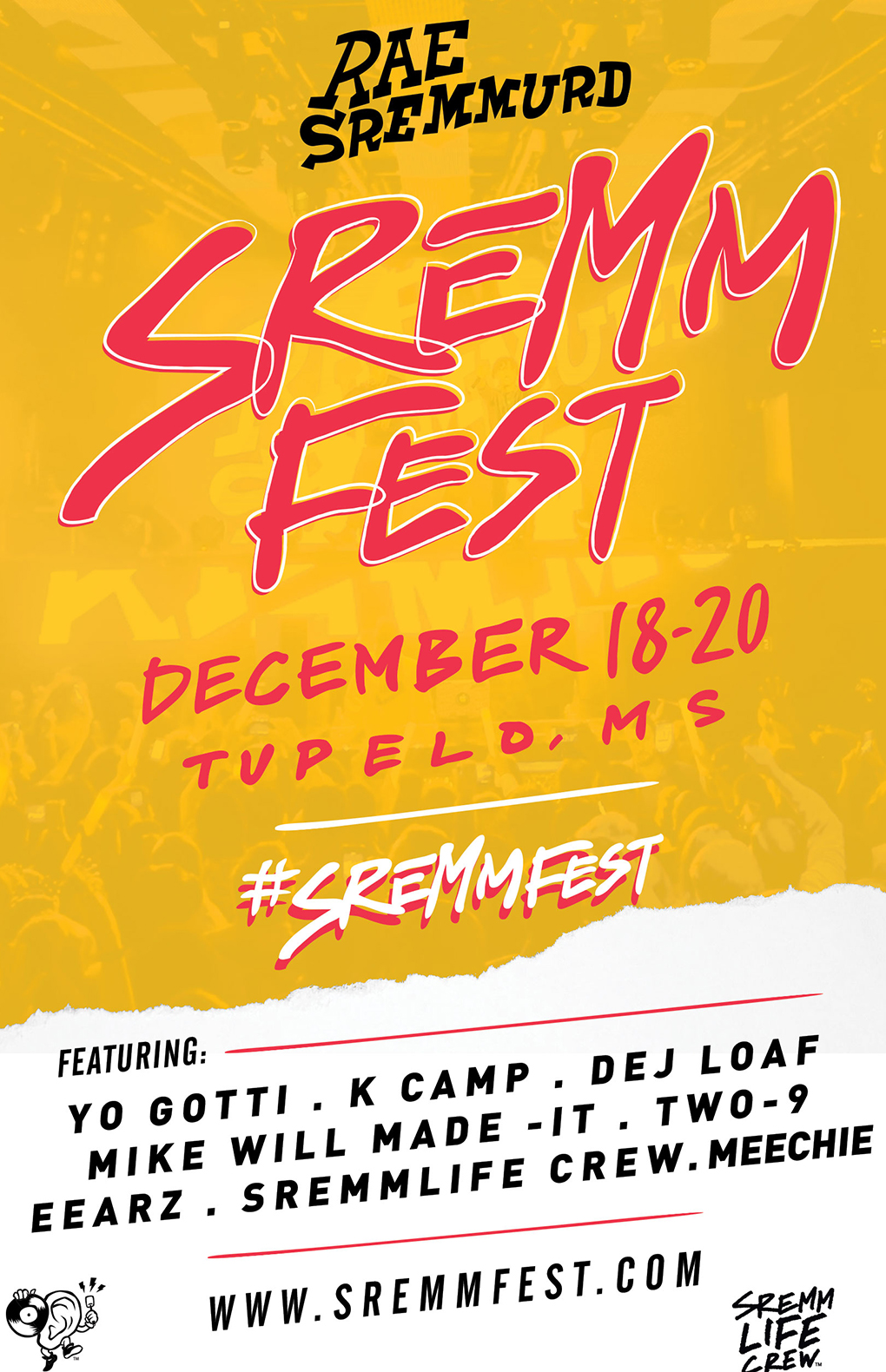