We’re so excited to announce that Katie Crutchfield, better known as Waxahatchee, is heading back to Australia for the second time in a year, with two shows announced for next February, following on from her visit in July. For the second time now, the Philadelphia based songwriter has so far only announced shows in Sydney and Melbourne, and seems intent on breaking the hearts of fans in our smaller cities. And just when Brisbane thought it couldn’t take any more heartache….

Regardless, this time around the stunning artist will be touring with her full five piece band adding more explosive life to her indie-rock confessionals. Her third album Ivy Tripp was released in April this year to wide critical success and gave us more of the heart wrenching ballads in sweet sung vocals that make up her signature sound, but also delved more into a pop sensibility than ever before.

Sydney and Melbourne fans rejoice and grab your tickets now. The rest of us, lets work on some positive mantras to get her on a festival bill or a second run of shows ASAP.  Or at least let’s gather together and pray that some additional show dates will be tacked on to the tour! 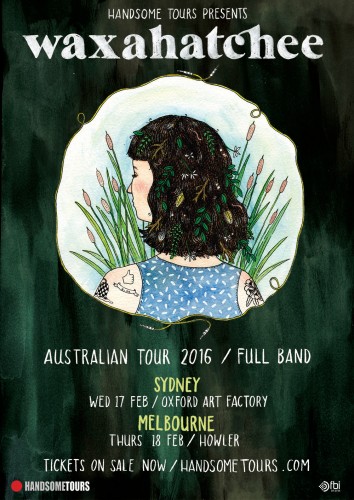