Five years before I began listening to Sigur Rós, I read somewhere about a doctor who installed cochlear implants on children and adults, allowing them to hear for the first time in their life. After he had made his surgery room entirely silent, he would switch the device on for the first time. He would press play on a song from a strange band. “If I were deaf, this would be the perfect introduction to sound for me,” he reasoned. Some of the words are in Icelandic, some Hopelandic (a language made up by Jónsi Birgisson). The song was Svefn-g-englar by Sigur Rós, from their second album Ágætis Byrjun. It was released in 1999. 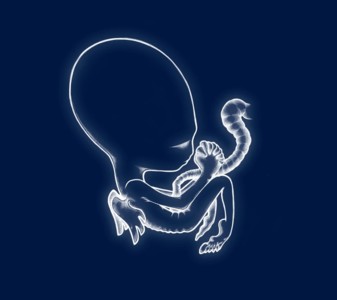 Four years after I began listening to Sigur Rós, I am unable to sleep. The next day I will gather up the courage to ask the girl who would be my first girlfriend out on a date. Being an awkward, clingy 17-year-old, I am petrified at the possibility of rejection. I’m on the verge of canning the whole dumb idea. Ágætis Byrjun’s title track fans around my bedroom. I am hypnotised. Ágætis Byrjun, in Icelandic, means ‘A Good Beginning’. Under that sincere, untroubled xylophone, we are living a dream, briefly. On Olsen Olsen, Jònsi’s beatific mantra drenches us over that gorgeous, understated, winding guitar, and we are fine for a while. The marching band fades.

Eight years after I began listening to Sigur Rós, the heartstopping climax of Hjartað hamast is consumed by a distorted wave of feedback somewhere over the English Channel on a flight from Bristol to Amsterdam. This album makes the world around me feel like something else entirely. Viðrar vel til loftárása’s plaintive piano flickers into view to soundtrack a most breathtaking sunset. Its title translates: ‘Good Weather for an Airstrike’. Avalon, a barely-there drone/ambient piece, makes me laugh and cry at once. I couldn’t say why. This album feels alien to me, but it feels like it has been there from the start. There is not a worry in my mind. I am alone, and this is a happiest memory.

Nine years after I began listening to Sigur Rós, I am really fucking cold, standing awkwardly outside your house. The cab that will take me home should arrive soon. Starálfur plays through my headphones. Scarcely have I felt so perfect and so hideously ugly as this. It sounds like the first day of spring. It’s a song for a sunny day; it reminds me of when the light reflects off a river. Wistful strings enmesh with a playful trumpet fanfare and I still see you there, smiling. I ask the cabbie how his night’s been. Ný batterí sounds like destruction. Probably more apt for how I feel. Jónsi Birgisson plays his guitar with a violin bow, summoning a beautiful maelstrom, equally ethereal and demonic. Georg Hólm’s bass guitar throbs like a heart murmur. Ágúst Ævar Gunnarsson’s cymbals clatter and crash like the oncoming apocalypse. I didn’t want it to end, but it had to. I pay the driver more than I should and clamber into bed. I am enveloped by Svefn-g-englar’s droning wall of guitar.

If I ever lose my hearing, I’ll hear Ágætis Byrjun.