By now you will have no doubt heard that Taylor Swift has penned an open letter to Apple, saving the day for all independent musicians of the world.  While they predictably ignored please from the likes of Anton Newcombe and Bon Iver, the power of Swifty prevails. In a rare moment of humility, Apple backed down on a frankly ridiculous contract that withheld all royalties from artists during the first three months of their contracts with Apple Music.

However, Taylor Swift is now being accused of being a hypocrite due to the brutal contract that her concert photographers  must allegedly sign. This was brought to attention by photographer Jason Sheldon, who published his own open letter to Swift on the issue. He accused Swift of a complete rights grab, as the contract restricts any photograph taken to a single use, denying photographers the ability to sell their work to several publications, as is convention. In addition, the contract demands that Swift have full and unlimited use of the material, essentially providing marketing material for free.

“You say in your letter to Apple that “Three months is a long time to go unpaid”. But you seem happy to restrict us to being paid once, and never being able to earn from our work ever again, while granting you the rights to exploit our work for your benefit for all eternity.”

As it happens though, this contract was itself out-dated. And it only gets more extreme.

The current contract states that those who violate the contract may have their property containing the files destroyed on the spot.

The full contract can be seen here: 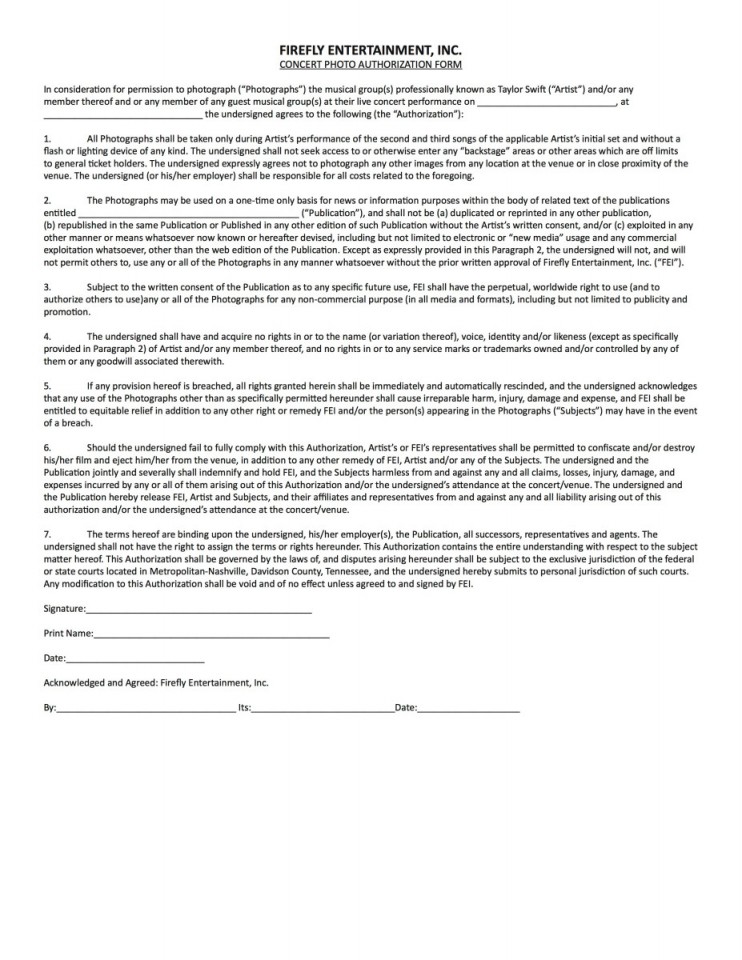 The point in question:

“If you fail to fully comply with this Authorization, authorized agents of FEI, the Artist or the Related Entities may confiscate and/or destroy the technology or devices that contain the master files of the Photographs and other images, including, but not limited to, cell phones and memory cards, and the Photographs and any other images.”

While we are right to applaud Swift for her stance on Apple Music, it does seem unfair to impose such strict guidelines on artists who are trying to make a living at her concerts, albeit in a different form. As Jason Sheldon reflected in his open letter, many photographers are not paid per show, but rather whether the photos are used by their publication. By disallowing him from selling on photos, the single use means that he can barely cover the expenses of attending the show.

So although I, like many others, would enjoy seeing Swift wield a hammer and single headedly obliterate a camera on the spot at one of her concerts, the heavy handed contract is hardly comical.