Australia’s now dreaded annual budget got handed down this week. Despite not really being affected all that much, I for one remain deeply entrenched in my fruitless desire to become a rockstar, where notions such as ‘budgets’ and ‘money’ are things to be scoffed at over plates of gold-encrusted caviar and flutes of gold-imbued champagne aboard my solid gold yacht.

The life I one day dream of living

Unfortunately I am hilariously poor, and must therefore live vicariously through rockstar money-spending myths and legends. These stories both fill me with awe and make me want to curl up into a ball and weep uncontrollably.

On his way to Italy for a charity concert in 2003, Bono suddenly realised he had forgotten to pack his insufferably terrible favourite straw cowboy hat, a scene I can only picture in my head as nearly identical to the one in Home Alone.

Look at it, it’s the kind of hat they sell at dollar stores so that trailer people can stay sun safe. Rather than simply shrug it off or just buy a new one, Bono did the only reasonable thing someone with that much money could do and paid over $1500 to have it retrieved from his house and transported directly to him, stowed safely in the cockpit of a British Airways flight so that none of the inept ground crew or those asshole passengers aboard could squash it.

I’ve never flown first class and probably never will, so fuck you and your money Bono. I’m going to have to assume that the hat wrote the lyrics to Beautiful Day or was Bono’s white trash version of a Horcrux, because this story is otherwise just unbelievable.

4. Rihanna’s hair is worth more than your life

I now understand why Rihanna was so adamant that a certain bitch had better have her money. She needs it for the disgustingly unnecessary amount she spends every day on her hair.

£1500 pounds a day specifically. A. DAY. That’s roughly $3000 dollars every day or over a million a year just to have your hair did. And, quite frankly, it often looks like it’s been run over by a lawnmower.

A lawnmower full of hate, and also some bees.

3: Bryan Adams is the world’s most ruthless killjoy When Bryan Adams took up residence in Chelsea, he wasted little time in also buying the quaint little English pub next door for a cool $680 000, coming full circle since buying his first real six-string from the five and dime.

Did he rename it Bryan’s? Did he serve naught but Canadian beer and offer karaoke where your only two options are Summer Of 69 and (Everything I Do) I Do It For You, you ask? 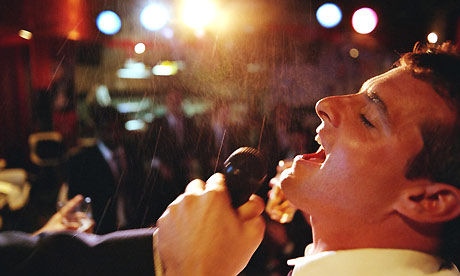 Because shut up and open my tab

He did approximately none of that. The late night revelers were too loud, so he allegedly bought it just to shut it the fuck down so he could get some beauty sleep. 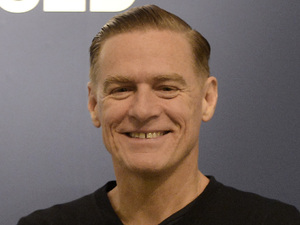 Of which he now needs uh… lots.

Just remember that the next time you’re calling the police like a common peasant because your neighbours are partying too hard. Bryan Adams made enough of that MOR power ballad money that he can just buy someone’s pub when he wants to go all Clint Eastwood and tell people to get off his lawn.

Not only was Elvis Presley ‘The King’ of rock and roll, he saw fit to damn well live like one while he was alive. If you paid attention to his later tacky Vegas career, the King had a certain fondness for ah… food.

All of it. All of the food.

I can’t really blame him. If I had that much money and fame I’d eat whatever the shit I wanted too, whenever I wanted. Probably to the point of needing a rag on a stick to clean myself. That’s what’s so amazing about the story of when Elvis got himself a hankering for a sandwich he’d tried this one time in Denver. Called the Fool’s Gold Loaf, it’s a hollowed out loaf of bread filled with one whole jar of peanut butter, one whole jar of grape jelly, one whole pound of bacon and absolutely zero fucks given for your health. Legend has it that instead of a quick run to the 7/11 down the road to get the ingredients, Elvis and his friends instead flew all the way by private jet from their party at Graceland in Memphis to the one little restaurant in Denver that sold these affront to human arteries, where they promptly ordered $3000 (!!!) worth of them and a whole mess of champagne to keep the party going.

When you adjust for 1976 inflation, that is a metric shit-ton to spend on sandwiches as well as an unnecessary amount of effort to retrieve them and proves that Elvis was Action Bronson before Bronsolino was even a calorie in his father’s eye. Not one of the aforementioned holds a candle to His Holiness Yeezus Christ as far as baffling and extravagant spending goes.

There’s the million dollar armoured vehicles he bought just to casually drive Kim and North around in. The $350 000 replica of the Sistine Chapel ceiling he had painted on to his own ceiling, depicting him surviving his infamous car crash. There’s also the time he spent over £2000 pounds having five feet of curry flown via helicopter from a restaurant in Wales he’d never even eaten at; to New York. The curry had a chef escort simply because Kanye can. And that curry was eaten with his actual diamond teeth. He replaced the entire bottom row of his teeth with real diamonds because money simply is not a thang.

When even Obama thinks that you’re spending money too ludicrously, you know you’re doing something horribly right. Shine on Kanye, you insane person.