Jack White‘s Third Man Records is planning to release another package under the Vault series, in celebration of the 10th Anniversary of The White Stripes’ Get Behind Me Satan. The 23rd package in the Vault series, it will contain a double LP and DVD, Under Amazonian Lights, featuring never-before-released footage of a June 2005 concert in Manaus, Brazil. Interesting fact, the show was reportedly the first ever rock show put on at the venue, Teatro Amazonas Opera.

The press release indicates the significance of the day to the bands legacy: (via CoS)

Words do not ably describe the beauty of the Teatro Amazonas nor the furor riled up by the White Stripes appearance. Not only was there fear that the amplification of the band would cause the plaster in the building to crack and possible fall and injure attendees, but out of custom/fear/lord-knows-what the crowd remained seated until being explicitly asked to stand from the stage by Jack White himself. If that wasn’t enough, during the show Jack and Meg ventured outside the venue to play an entirely unamplified version of “We Are Going to Be Friends” for the assembled multitude of fans unable to purchase tickets and watching the performance via closed-circuit feed. The resultant melee was arguably a riot and was lovingly captured by the film crew documenting that evening’s importance. All together what it makes is one of the best true rock and roll moments of the past decade. Heck, Jack White even got married that day.

The live show features some of White Stripes’ best known and loved tracks including Dead Leaves and the Dirty Ground and Seven Nation Army, alongside a couple very special Bob Dylan and Howlin’ Wolf covers! Also included in the package is a 7-inch featuring unreleased demos, Let You Down and Ain’t No Sweeter Than Rita Blues. To top it off, there is also a collection of artwork by Grammy Award-winning designer Rob Jones.

Vault has been releasing special content since September 2009 through a subscription service, which can be found here. The deadline for this pretttty pack is January 31st, so get in now! 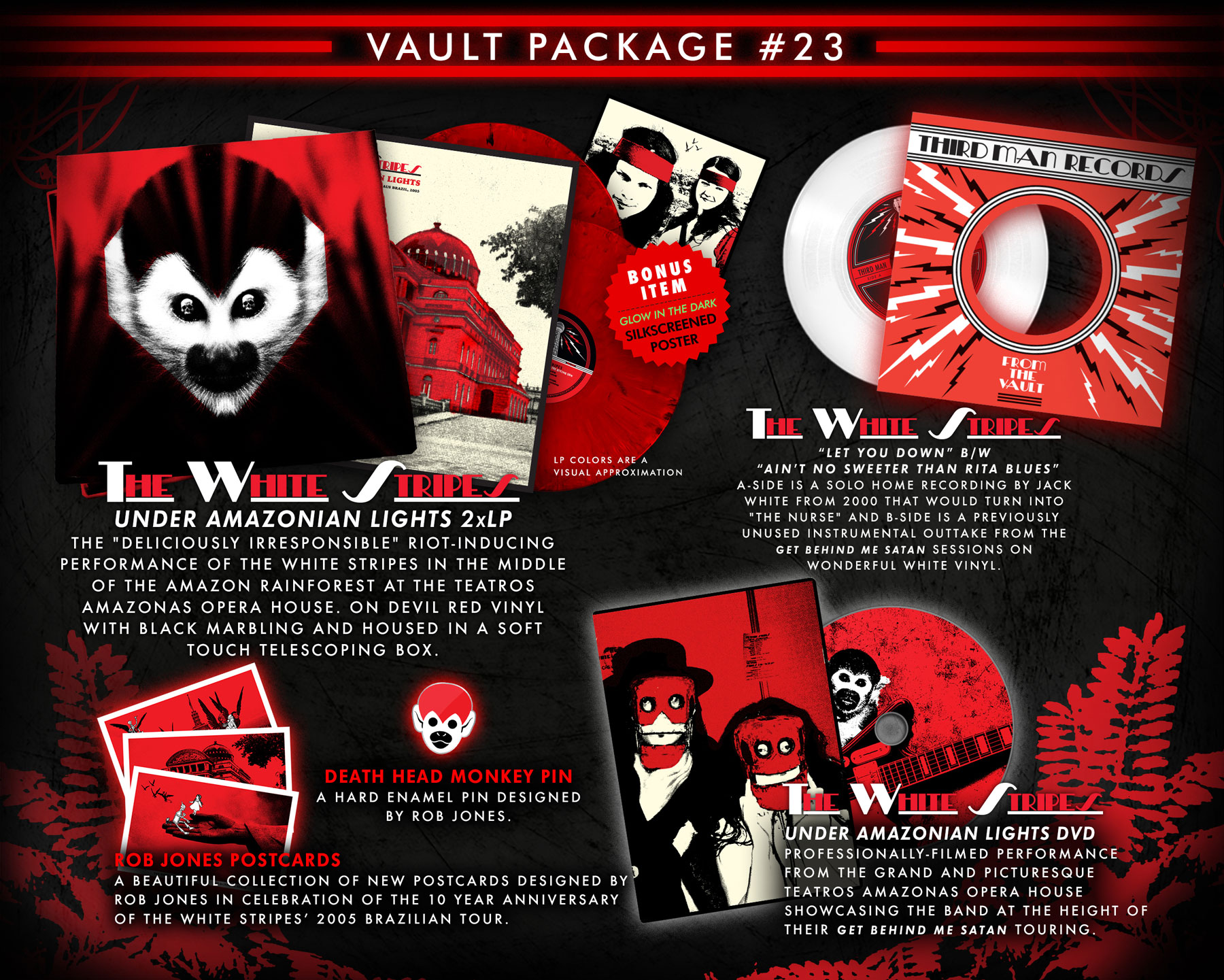 Check out the full track list for Under Amazonian Lights: