Nick Cave, the man with the most inscrutable mind in music, has just made another useful addition to his CV. The man behind classics such as No Pussy Blues and Red Right Hand has (finally!) gone and produced a limited edition skateboard. He worked with Aussie skate crew Fast Times on the deck, which features artwork by Chuck Sperry and lyrics from Cave’s Nature’s Boy, off The Bad Seeds’ 2004 album Abbatoir Blues.

Check out the board’s promo vid:

And can you notice the most excited new member of the skateboarding industry below? 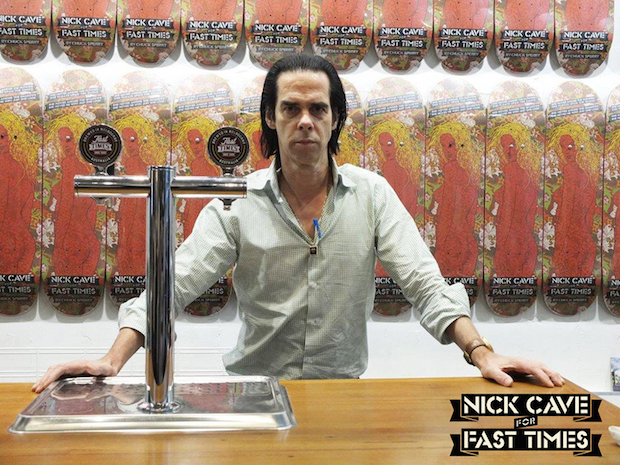 Yep, that’s the look of a man with the baddest, seediest backside late-kickflip in town.