Fresh off the back of some killer performance at New York’s CMJ Music Conference, as well as tours through Europe and the USA, King Gizzard & The Lizard Wizard have just released ‘I’m in your Mind Fuzz’. It’s the fifth album in a ridiculous two and a half years from Melbourne’s best Melbourne psych-rockers.

Wasting no time at all, the boys are about to embark on a national tour in support of the record. Is their work ethic making anyone else feel really lazy?

The new album is Triple J’s feature album this week, giving you a chance to familiarise yourself with the new tracks before catching them live in Sydney, Melbourne, Fremantle and Perth supported by The Babe Rainbow.  Strap on your 3D glasses and check out the video for Cellophane… 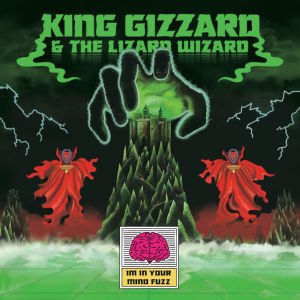