You know the year is well underway when they announce the official dates for Splendour In The Grass and you can start speculating like a lunatic about who might be on this year’s lineup. Usually your first port of call is to peruse the Fuji Rock lineup, which is always announced prior to Splendour and, as it doesn’t overlap with Splendy but is held around the same time, can always be counted on to feature at least a couple of artists who’ll make the brief jaunt from Japan to Australia. Last year we shared James Blake, Sigur Rós and Jake Bugg, the year before was The Vaccines, Catfish And The Bottlemen (although they did have to pull out at the last minute), Royal Blood and Johnny Marr. Who might we see this year? Cop a look at this: 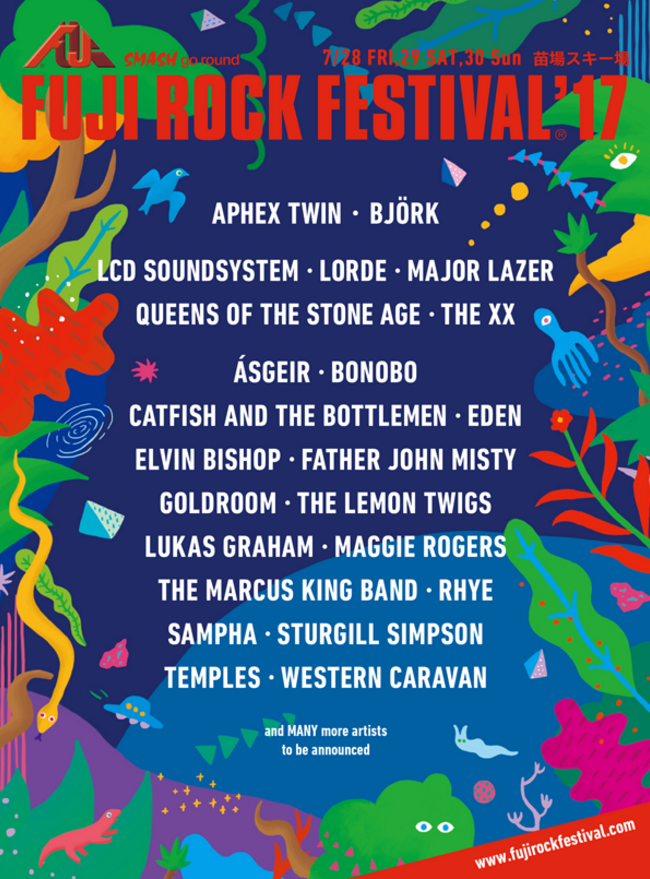 It’s a ripper of a lineup and should be sending palpitations around the vital organs of fans of any of those artists. Slightly unlikely (although stranger things have happened) are South London crooner Sampha, who’s about to embark on a national tour here in support of goddamn ridiculous new album Process as well as the aforementioned Catfish And The Bottlemen, who just got done  ripping through one of the stormiest sets Falls Festival has ever witnessed. Iceland’s quirkiest export Bjork was in Australia just last year for Vivid so she may also not be quite as due for another visit as her fans would welcome.

There’s probably not much call for country singer Sturgill Simpson (even though he is cooler than cool) and Elvin Bishop must be nearing 104 years old at this point and probably hasn’t fooled around and fallen in love without needing a hip replacement since the late 80s, so two big festivals in the space of a few days might be pushing it for him.

But beyond that? Desert rock royalty Queens Of The Stone Age would be a major get, the band have been in the studio for what is reported to be an album coming later this year so that seems as good a time as any for them to head back to Australia. Also with a rumoured album in the works is Lorde, who hasn’t been sighted here since filling in at the drop of a hat for Frank Ocean at 2013’s Splendour In The Grass. Father John Misty absolutely needs to get back here as soon as possible and croon the pants off of us all (new album Pure Comedy will be here April 7th), as do The xx, who just released their first album in five years in the stunning I See You.

British producer Bonobo just released the stellar Migration and doesn’t have any Australian dates yet on his huge world tour so his might be a name to watch come Splendour announcement time, as will New York City dance rock royalty LCD Soundsystem, who were rumoured to have been forced to cancel what was to be their most recent tour of Australia before it was even announced, they too have an album rumoured for 2017.

The other two biggest acts on the bill, Aphex Twin and Major Lazer also don’t have any tour dates clashing with Splendour’s and they’d no doubt be received rapturously were they to stop for a visit. There’s so much speculation and anything is possible, and it’ll only be set to ramp up even further once the rest of the Fuji Rock lineup is released. Splendour’s isn’t due for at least another month or two, so daydream away, we’ll keep you covered on anything concrete here.