There’s been a mini whirlwind of Frank Ocean news over the past couple days. This doesn’t exactly happen often, so we thought it best to round up all the news in an update for all you Frank Ocean Stans out there.

This week, he released the first new music since the two album, in the form of a feature on Calvin Harris’ new bangor Slide. Ocean has now taken to lyrics annotation website Genius to dish out the meaning behind one of the lines in his intro. He explains that the lyric, “I might empty my bank account and buy that boy with a pipe,” is specifically referring to “A picasso painting that sold for so much money.” The 1905 painting in question is called Garçon à la pipe (which means “Boy with a pipe”), which was sold in 2004 for US$104.2 million. That’s a big bloody bank account.

While we would love for Frank to annotate some of his own lyrics on Genius, we feel this is pretty unlikely. Nevertheless, it’s interesting that this is his first self-annotation on the website. Genius has formerly been blessed with self-annotations from some of the biggest artists in the game, like Eminem and RZA.

Even more surprising this week was a two-hour radio program on Apple Music, who seem to be acting as a kind of surrogate label for the artist, after he controversially dumped Def Jam/Universal between his two albums last year. The program is titled “blonded RADIO,” and included a diverse playlist of new music (Future, Migos, Dirty Projectors, Clams Casino etc.), old favourites (Prince, OutKast, Stevie Wonder, Nina Simone, Miles Davis, Sade, Pixies etc.) and his own releases (Pink + White, Slide, Self Control). Bizarrely, the show also featured a fairly in-depth interview with Jay Z, owner of Apple Music’s competitor Tidal. It actually seems like this may be something of a bridge-building effort between the two, as an official “blonded RADIO” playlist has now appeared on Tidal, featuring every song Ocean played on his program. Currently, whether this is a one-off or the start of an ongoing series is unconfirmed.

Listen to it here.

For the real obsessives out there (uh, definitely not us, no way) Frank Ocean has also been posting more Tumblr updates than usual in the last few weeks. This notably included his mini-rant against the Grammys, slamming their criticism of his botched 2013 performance, while reiterating his reasons to avoid the entire awards ceremony and nominations altogether this year. He also posted a photo of himself taken by Michael Mayren, and a short video of a basketball game alongside lyrics from Slide. Most recently he posted an image with the caption “RIP Ren Hang,” mourning the death of the beloved Chinese photographer, who died this week at age 29. Hang had contributed some of the most striking images found in Ocean’s 2016 zine Boys Don’t Cry. 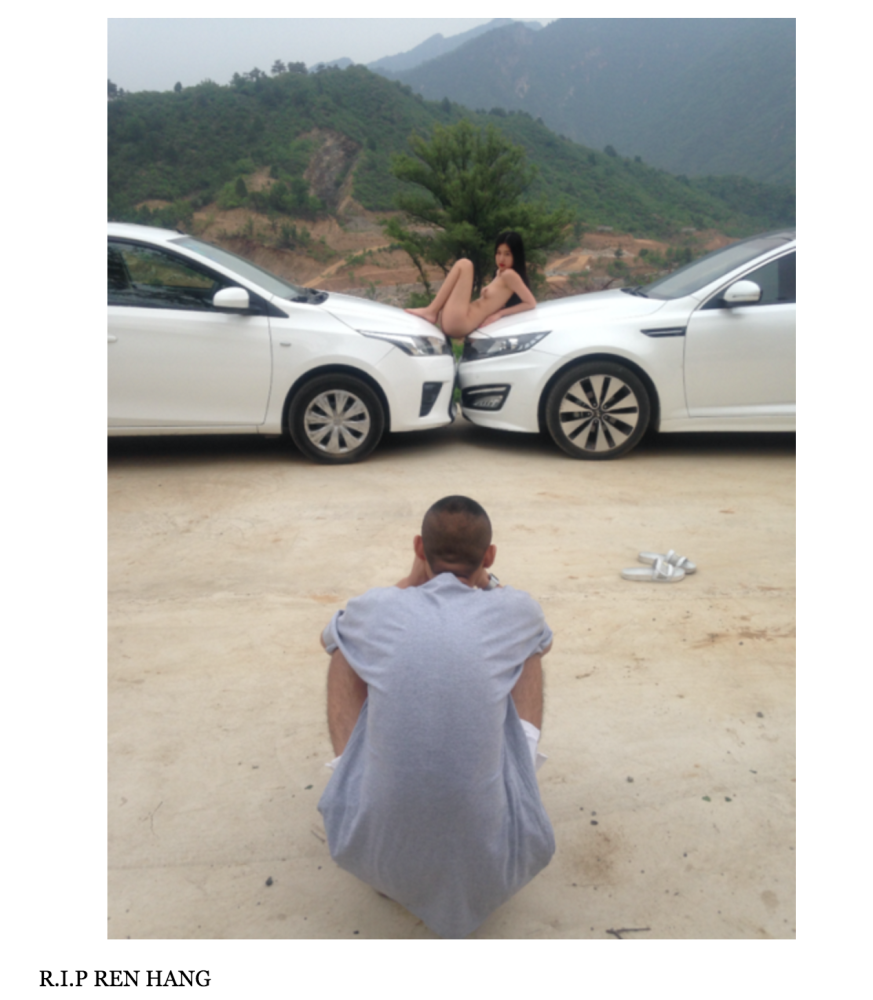