Lupe Fiasco has apparently canceled his upcoming album as well as any plans to keep releasing music after being slammed online for anti-semitic lyrics in his latest release, a freestyle verse over J. Cole’s Everybody Dies, titled N.E.R.D.

After releasing the single yesterday Lupe was criticised for this specific line: “Artists gettin’ robbed on their publishing/ By dirty Jewish execs who think it’s alms for the covenant.”

A Twitter fight broke out when DJBooth called Lupe out directly. Lupe began to tweet that he wasn’t being anti-semitic, he was simply decribing two specific Jewish executives, and that “It’s some upright, moral Jewish execs in this biz and some low down, dirty, awful motherfuckers that would sell their mother into slavery.”

He then attempted to justify his comments by telling fans that he had been to a WWII concentration camp, eaten traditional Jewish foods in his life, had experience religious holidays like Rosh Hashanah (Jewish new year), spent time with Jewish friends, studied the Hebrew Bible and more. Yet fumbling around for an explanation largely fell on deaf ears.

The debate ended when Lupe posted, “I get the hint, God. Yo Lupe fans, it’s been fun and I hope you had fun. I’m officially not releasing any more music. Albums canceled. Getting beat up for telling the truth is not how I plan to live the rest of my life.”

See the screenshots below for the whole unraveling. Whether or not he actually means it is yet to be seen. 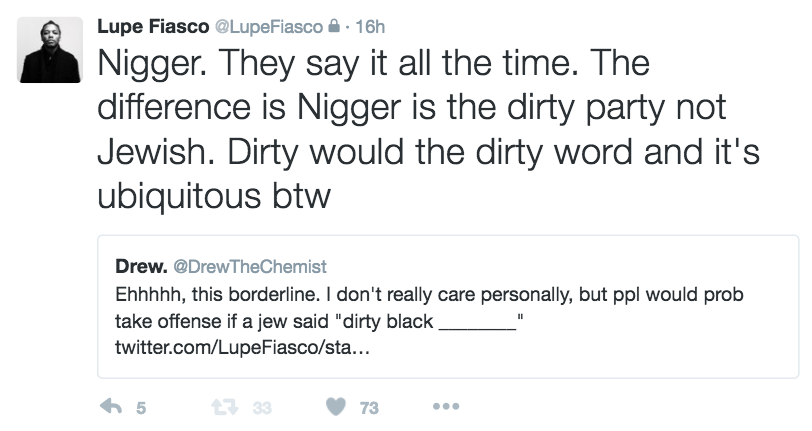 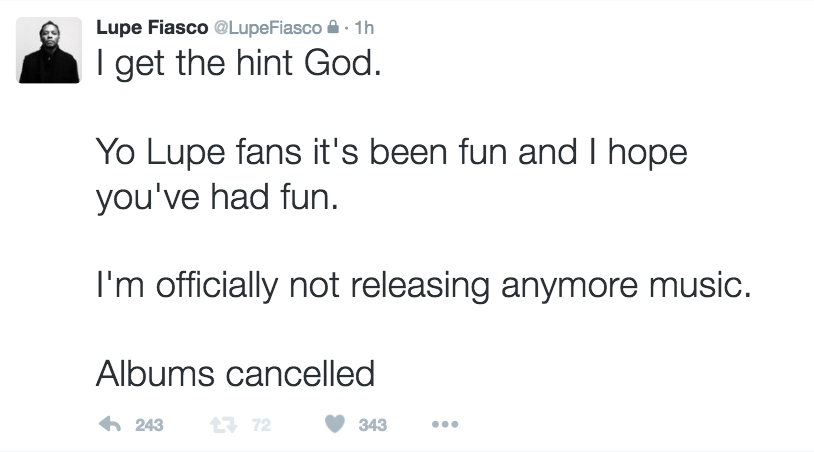