There’s been a huge sound coming out of the Australian music industry for awhile now, one that many people have either missed, or are too uncomfortable to pay attention to. We are talking about the growing cacophony that the Australian metal scene is making on a worldwide scale.

The Australian alternative music scene has always been strong, with early pioneers such as The Butterfly Effect, Karnivool and Cog stepping into the role of early flagbearers for stuff with more distortion than the norm.

Then in 2005, a band of 5 surfer dudes from the North Coastal town of Byron Bay scraped together some spare change and released an EP that changed the landscape of heavy music in Australia forever. That record was Don’t Close Your Eyes by the titanic, world conquering force that has become Parkway Drive.

Now don’t get me wrong, I’m not here to start moaning about “the glory days” of the late 00s when Parkway and….yeah, Parkway, converted legions of fans across Europe and the States off their own dollar. That tale has been told.

It is, however, an essential part of the formation of the extraordinary work ethic and psyche that has come to characterise both the sounds and actions of bands from down under. If we fast-forward a decade to 2016, there is an astounding array of home-grown talent on display and making waves in the international scene across every sub-genre of metal that you could possible think of.

In the metalcore world, no star is currently shining brighter than that of The Amity Affliction. The past 3 years have been nothing short of astonishing for the band, who have gone from local heroes to international heavyweights. Headline tours across Europe and America, main-stage appearances at major heavy festivals around the world including Rock AM Ring, Download and Hellfest, the list of incredible achievements from the band in the past 24 months is seemingly endless.

The rise of Amity has given room for other Aussie bands to sneak into the overseas market, with acts including Northlane, Hellions and In Hearts Wake all slowly amassing more and more passport stamps and booking deals across the planet.

Turning to the more extreme, deathcore giants Thy Art Is Murder have just wrapped up their own 6 month world tour, the second that they have done in support of last year’s masterpiece Holy War.  What’s notable about the movements of Thy Art is the fact that the bands’ recent headline tour of America featured 3 support acts all from the States. The idea of a band from the Hills district of Sydney giving a leg up to full-time bands from the US on their own turf was laughable five years ago. Now, it’s a reality.

Keeping things grim for the moment, King Parrot, Make Them Suffer and Aversions Crown have all been relentlessly slogging away and pulling the numbers across the oceans in the past year, with King Parrot having recently wrapped up their eighth tour of North America in two years this July, and preparing for a two month stint in Europe alongside metal pioneers Exodus. 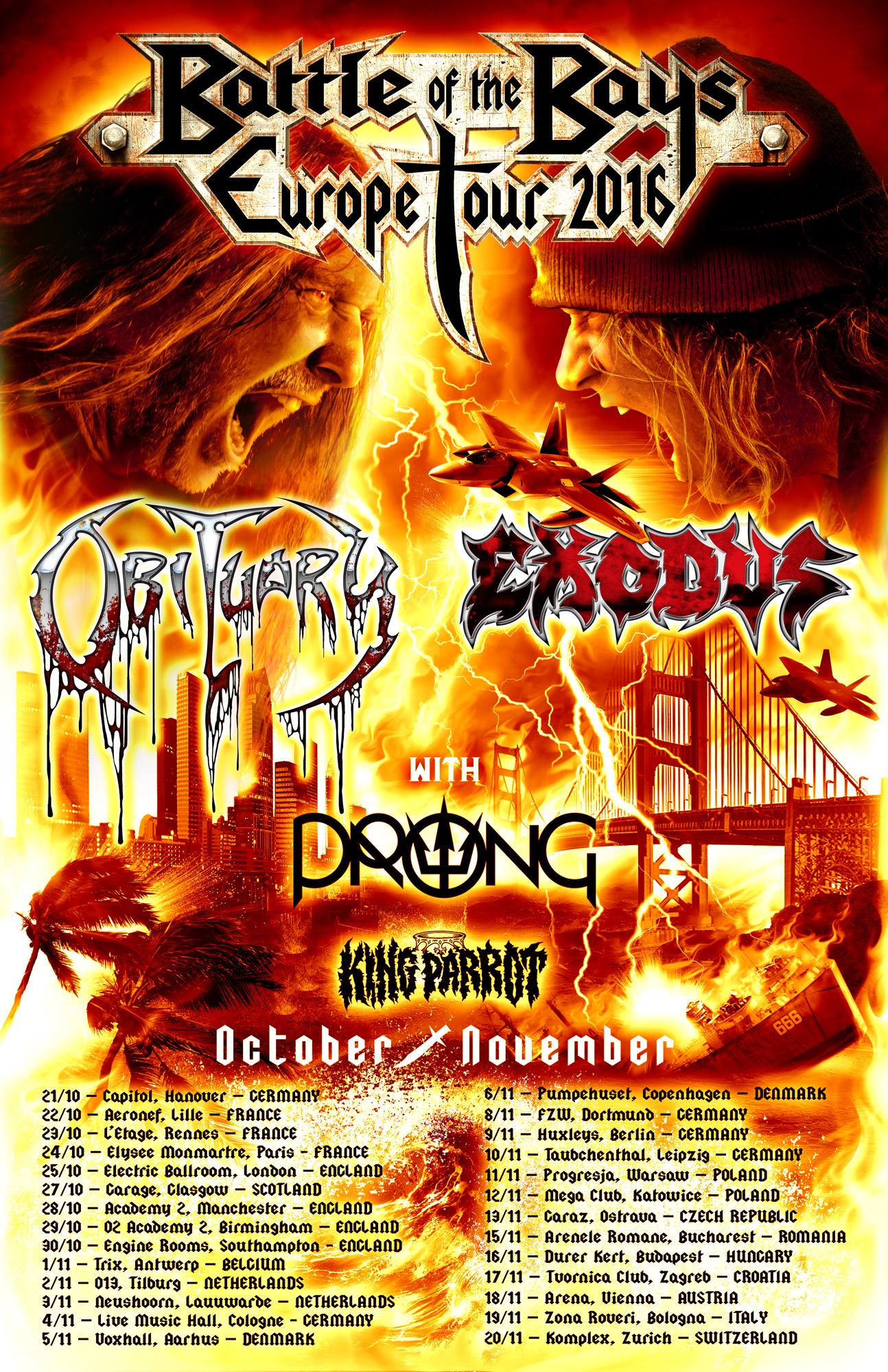 And then there is the sheer phenomenon that is Ne Obiliviscaris. The progressive/classical/ flamenco-death metal fusion group first came to our attention by casually smashing the Australian crowdfunding record, raising over $80,000 to fund their 2015 world tour and beating their goal by over $40,000.

That tour saw them perform across four continents, with back-to-back tours of Europe, before successfully winning over American fans with tours supporting Cradle Of Filth and their own headline stint. The band then started 2016 by launching the controversial ‘Ne Obluminati’ scheme, an ongoing crowd support system in which fans could pledge money to support the band, and receive rewards in return, including phone calls from band members, dinner with the band and crew and access to rehearsals.

$8,000+ in monthly pledges and another full headline tour of Europe in the wings, we can safely say the band well and truly played their cards right.

Even on the proggier side of the spectrum, the past year has seen Brisbane’s Caligula’s Horse sign with international label Inside Out Music and tour across Europe with Shining, whilst guitar wizard Plini has taken his instrumental metal-fusion across the globe alongside the likes of Animals As Leaders and Intervals.

Something special is clearly developing in the sound of Australian heavy produce and the question is: why?

Ultimately, one could trace it back to the enormous amount of work that bands need to do in order to stand up and be noticed in a country as vast as Australia, even by their own local scene.

Ben Wreckler, drummer for Hotel City Wrecking Traders notes to Invisible Oranges that “The DIY ethic runs very strong here, and also a melting pot of cultures and ethnicities that make up bands. This is a very diverse society, and the music reflects this…the sort of “Aussie Battler” mentality that nothing’s supposed to be that easy.”

The mixture of lack of radio support, geographical space between cities and population size are the main odds stacked against bands starting out in Australia. Rather than tour for 30 dates across a month, bands might only be able to play four shows over two weekends in cities that are over 1,000 kilometres apart from each other as part of an album release tour.

The sheer financial burden that comes from this, as well as lack of metal ‘culture’, when compared with our European counterparts, means that to stand out and make their mark in a local sense, bands need something special to both convince fans to make the effort, and win over the faith of promoters and booking agents in the country.

Just three years ago, Northlane announced their single tour for their song Worldeater, with In Hearts Wake and Endless Heights as supports. The tour was a regional run over the summer school holidays that saw shows held in surf shops and youth centers, generating enough cash to fund the bands’ petrol tanks to the next town.

All three of these bands have now toured internationally, but the seeds for world-class performing and writing had to be sown at a local level for a frustratingly long time. Speaking to Faster.Louder about the importance of the formative local scene, Kane Hibberd, acclaimed music photographer, noted how a higher standard was needed to keep fans coming to shows and keeping bands financially afloat;

“I think it’s really based on a grass roots fan base. You do really need those fans to support the band through merch and ticket sales to make it possible to tour. So making sure they’re connecting with fans right down to each individual fan is very important.”

Speaking in the same interview, King Parrot front-man Matt Young points out that the scarceness of opportunities in Australia also encourages bands to up their showmanship, vastly improving the quality of their product.

The result of such a high bar at a local level is paying off for punters, with recent UNFD signings Ocean Grove, Void Of Vision and Polaris all releasing new content in the past six months and touring in small, local venues at shows priced under $20.

Add to this the growing significance of new festival Unify and its not hard to see that, despite all the setbacks of the Australian landscape for bands, the results are far more positive than could ever have been expected. Seeing the all- Australian Equinox Tour earlier this year, which featured the aforementioned Northlane, In Hearts Wake, Ocean Grove and Hands Like Houses was a real wake up call for everyone in attendance on just how far Australian heavy music has come in the past decade. 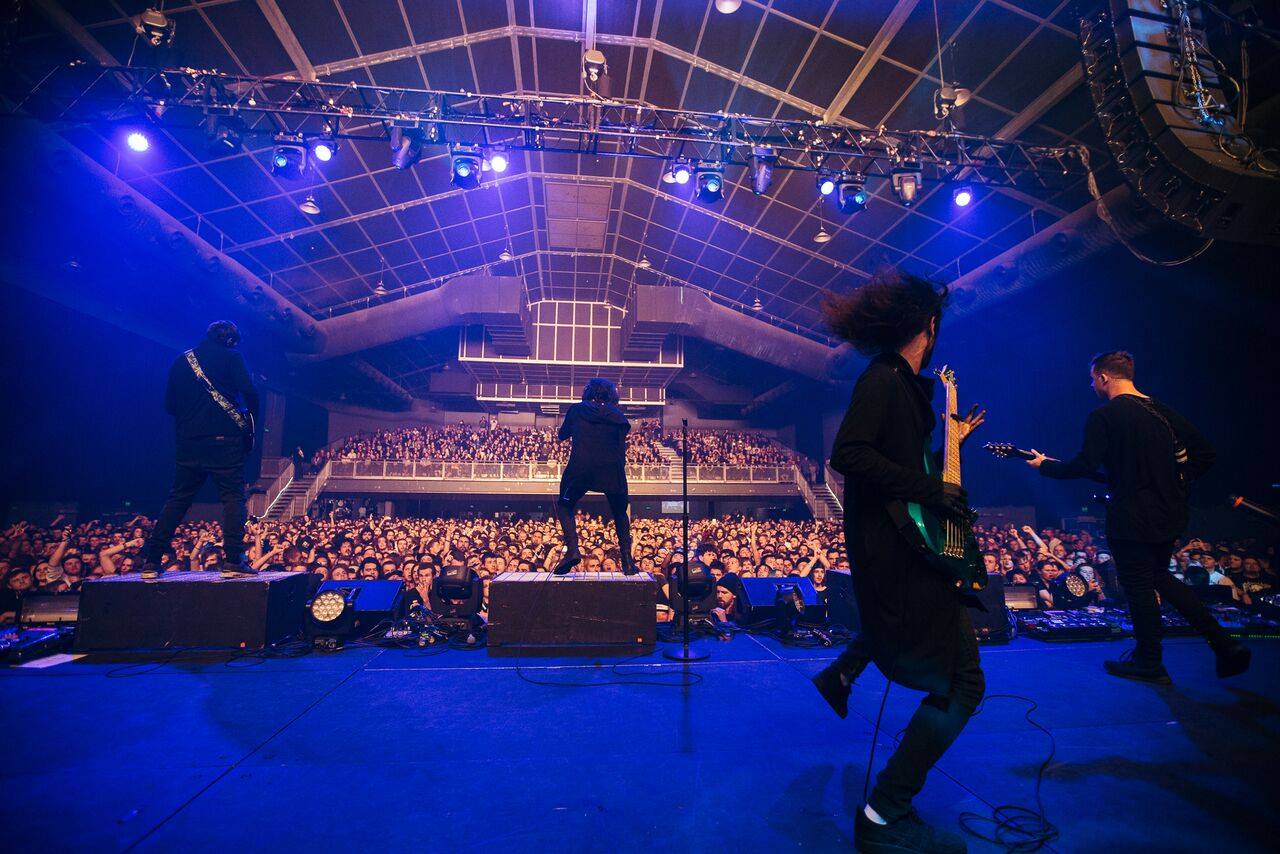 From the youth centres to The festival halls, Australian heavy bands are now starting to pull 2,000+ punters to shows both home and abroad due to the sheer excellence of both the music and showmanship on display. The odds might have seemed low, and the logistics impossible, but Australian heavy music has grown into a phenomenon that demands a higher standard at a local level, but produces an incredible array of acts if they can run the long, grinding gauntlet of getting off the ground.

It’s time to tune into The Racket or Short.Fast.Loud and hear whats out there if you haven’t taken notice of what’s going on.

The rest of the world is already onto it.