Death certificates, eye-witness accounts and official autopsies aren’t enough. The slightest clerical discrepancy or human error gives rise to the idea that when one of our favorite musicians bites the dust, it could all be an elaborate hoax. Yet as diverse as alleged death conspiracies may be, they all follow some uncannily similar beats.

Take The Doors iconic frontman Jim Morrison for example. Official accounts would have you believe that aged 27, the Lizard King died on July 2, 1971 after overdosing on heroin in a Parisian hotel bathtub. Yet for many arch-conspiracists, things just don’t add up.

At the opening of the 1970s, Morrison had frequently prophecised in interviews that he would join Janis Joplin and Jimi Hendrix in death at age 27. Chafing under celebrity status, suffering from heavy alcoholism and threatened with an imminent prison sentence due to controversial exposure charges, Morrison fled the US in early 1971. Relocating to France and conspiring with girlfriend Pamela Courson, Jim orchestrated a darkly sinister plot to fake his own demise.

While we’re not privy to the exact nature of the ploy, details on his death are highly suspicious. There are a number of inconsistencies in the official story. Later amended, Morrison’s death certificate did not initially record birth name “James Morrison,” instead it read “Dougal Morrison.” Only two people close to him ever saw the body, the complicit Pamela Courson as well as likely conspirator and friend Alain Ronay. Following the French autopsy, his body returned to the US in a closed casket which was never re-opened. This ensured that even those closest to him could not verify the remains. All these factors suggest that the identity of the body could be questioned.

So compelling is this evidence that fans have even petitioned to exhume his corpse, although naturally, his family has bidden to obscure the truth. Intermittent reports are still emerging of Morrison’s survival, according to Express he was discovered in 2015, a homeless man living in New York. In 2016 others claimed that he was living in assisted care in Paris.

The late Tupac Shakur’s death conspiracy follows similar lines: public flirtations with the idea of death, a noted struggle with celebrity status , scarcely anybody witness to his death, a hasty disposal of his remains and sporadic sightings leading to the present day. Let’s not forget Amy Winehouse either. The songstress has been subject to a number of sightings after her death stunned fans in 2011. Then there’s Elvis Presley. Not only is The King alive he’s got the DNA evidence to prove it. Nirvana’s Kurt Cobain faked his own death too; he’s currently the lead singer of Weezer. This image would suggest that Michael Jackson is alive and laying low in Perth.

There are countless others too. It seems that whenever a musical celebrity dies before their time, there’s going to be a shadow of a doubt.

These theories can swing a number of other ways too. John Lennon was assassinated by a brainwashed CIA operative. Paul McCartney, on the other hand, died in a car crash in 1966, only to be replaced by a surgically augmented lookalike. Not only was the switch flawless, The Beatles dropped a few hints like A Day In The Life chorus lines “He blew his mind out in a car/He didn’t notice that the red lights had changed/A crowd of people stood and stared/They’d seen his face before/Nobody was really sure.” This said, the “real” McCartney has continued to claim that he is alive and well.

But let’s stick to survival theories. Famed musicians are put forward as aspirational figures, people of moral integrity and unbridled talent, but more intimately they’re our friends, one-way love interests and intellectual equals. Their passing is a cold reminder of our own mortality and the fiction of their survival a coping mechanism. The prospect that they’re still kicking on quells our own psychological anxieties towards death.

An artist’s medium isn’t just music, its celebrity too. From a commercial perspective, brands will survive their originator in seeming perpetuity. It’s a simple matter of supply and demand. As long as commercial actors can control the rights to a fallen icon’s visage they will never die. Brand outlives the mortal frame, as long as there’s commercial demand and nostalgic longing, the media will relentlessly recycle an image and all that it embodies.

Death is a profitable business. When a visual artist dies their works go up in value. Forever frozen in time they become a scarce and finite commercial product. Musicians can go through a similar process, but instead of physical art it’s more intangible things like their music. The earlier they go, the less likely they’ll end up tarnishing their legacy through an experimental jazz phase, a Christmas album or more generally losing the plot.

The answer behind the why of it all may lay in some good old fashioned social science. A 2016 study titled Live Fast, Die Young and Leave a Good-looking Conspiracy,’ sheds some light on why people engage in these conspiracies. In the paper, Dean Ballinger of the University of Waikato suggests that those most prone to conspiracy theories aren’t simply those with paranoid personalities.

According to the study, celebrity deaths can be lumped in within a broader family of conspiracy theories (lizard-men and the Illuminati etc.). These “celebrity death conspiracies” are a particularly potent form of conspiracy. They register in popular culture because the events involved are usually documented in the form of news images that are readily shared by mainstream media outlets.

Celebrities are constructed identities reinforced by a culture of media consumption. The public develop intimate relationships with public figures based upon their media representations, rather than personal or direct contact, inflating their importance of the celebrity with well-meaning intensity. They are a product with which the media and entertainment industries pay their way, designed to attract public attention. Once the media fail to notice a celeb’s presence, their status disintegrates.

Conspiracy theories are as much a product of celebrity culture as individual desire. Ballinger asserts that: “Celebrities offer peculiarly powerful affirmations of belonging, recognition, and meaning… They grab our attention, their status is rhetorically powerful in legitimising the conspiracy.” Association with celebrity means that conspiracist ideas that would traditionally be relegated to the cultural fringes are able to penetrate the mainstream. 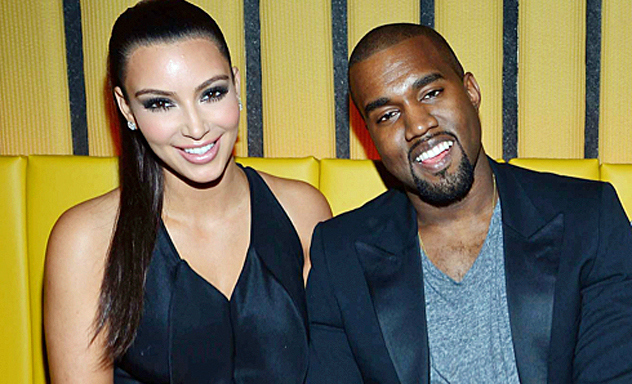 Kimye: The most perfect example of celebrity? (Image source: sites.psu.edu)

Celebrity conspiracies are an integral part of the narrative of those who enjoy a high cultural status and a premature death. The idea of a star musician is mythologised, so why should it end with life? Musicians become symbols for the idealised ethos of particular eras or the faces of particular cultural movements. In Ballinger’s view, this high status and visibility within the wider culture make a celebrity ‘iconic.’

Ballinger notes that: “In Christian traditions, icons are images of holy personages such as saints, designed to communicate their attributes through the ages and across cultures …the real people behind the icons are elevated to a state of cultural ‘immortality’, their visages reproduced through the centuries in a variety of media.” In modern secular society, celebrities take this role. The essentially pathetic deaths of these celebrities, depression and drug abuse or simply poor health, are transformed into events of historical note.

So celebrity culture is one of the foundations of conspiracy. Individuals do fake their death, but generally, ill-conceived attempts are short-lived and all but impossible in the digital age. More common is that musicians simply fade away. Some artists turn their back on an invasive lifestyle, but more often than not we turn our own backs on them.

Far from being uncommon, our urges to attach living status to departed musicians are a natural phenomenon. Taking up the idea the media suggests, we raise our musical icons to celebrity status. Through placing them within this narrative we fuse their identity and artistic work into our own narrative, one which may continue long after they depart. Yet we still use them to connect with others and our culture. It’s comforting to know that rather than lurking within the mind of the deluded super fan, the lure of conspiracy is something which pulls on all of us. Rather than isolate it reaffirms that we belong (although it’s still a little bit messed up). Celebrities may have some prescience in predicting their own deaths, but history shows there’s a scarcity of those who have actually faked them. Then again for the diehard survival theorists, there’s always hope. Reality is, after all, stranger than fiction.