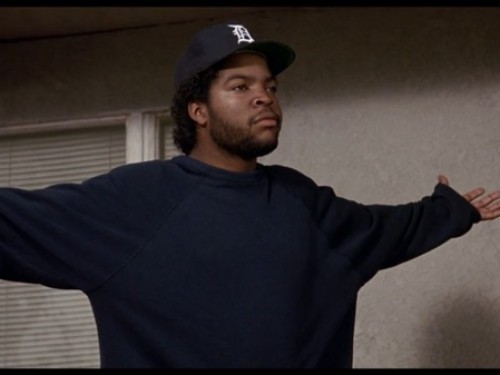 Heller is in the process of attempting to sue almost everyone involved with the making of the film, including Ice Cube and Dr. Dre over the portrayal of him which he claims makes him seem like a ‘sleazy manager’ and “is littered with false statements that harm [his] reputation … and deter third persons from associating or dealing with him.” He claims he did not give permission for the makers of the film to use his name and that they have copied scenes directly from his 2007 book Ruthless: A Memoir. He is seeking $110 million dollars in damages citing defamation, copyright infringement and misappropriation of likeness.

“Mr. Heller is clearly a sophisticated and wealthy man,” said Fitzgerald, “He’s written this book. They’ve made this movie … in the ’80s, as an old white guy, I was aware of N.W.A. As the case goes forward, Mr. Heller is going to have some real trouble here.”

The case recently survived a dismissal motion from Universal and the other defendants whose lawyers say the first amended complaint that was filed in January is “a hodgepodge of conclusory allegations and subjective interpretations of the film,” because nothing says N.W.A like using the word “hodgepodge”. They also mentioned that Heller should read the disclaimer that says the film is a ‘dramatisation’.

Despite his misgivings, Fitzgerald has agreed to let the case go ahead and give Heller’s lawyers one last crack to present a second and final amended complaint before the 25th of April.