Aesop Rock has announced a new album titled The Impossible Kid. Due out April 29, this is his seventh solo album, and marks his long-anticipated follow up to 2012’s Skelethon, which was his debut album under Rhymesayers.

The record was self-produced, and reportedly began following the death of a close friend, which prompted a move from San Francisco to an isolated woodland barn. Aes has dropped first single and video Rings, and as you might expect from the precedent, it’s an intimate, somber and dark release from one of the most talented storytellers in the game.

The song itself is beautiful and of course, impressive; it’s the subtleties that count here. Lightweight synths and a strong but undemanding beat pave the way, before Aes comes in with a tone that immediately feels more sedate, sobered and mournful than what may have been expected.

The track has been released alongside a video, directed by Rob Shaw. Visually and symbolically poignant, Shaw has perfectly captured the feel and meaning of the song; watch as a dead Aes’ head and body is dissected (and later, put back together,) and the animated exploration that unfolds.

The Impossible Kid comes out on April 29 via Rhymesayers Entertainment. Pre-order digital and physical copies here.

Below, check out the artwork: 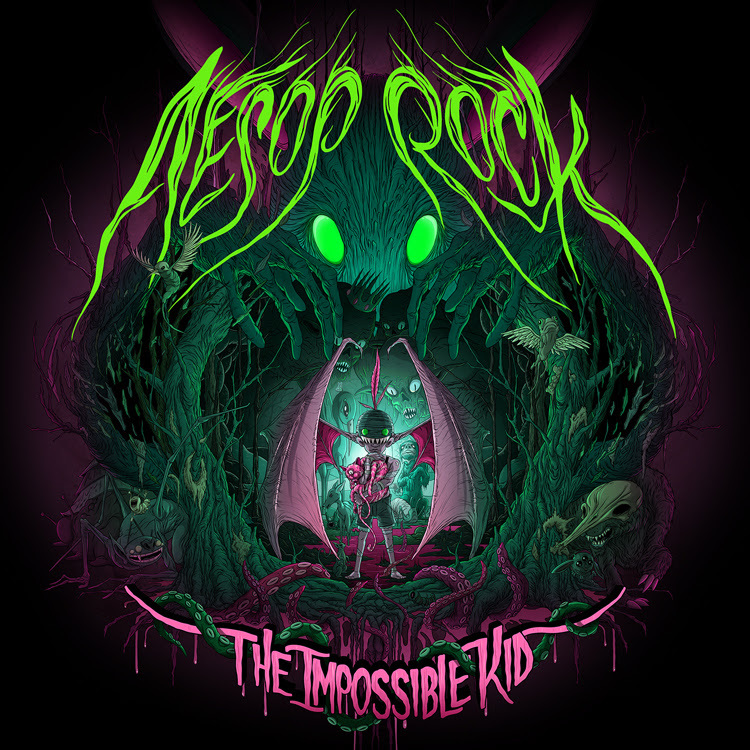