Forget Wikileaks. Forget the NSA. B.O.B is here to drop some TRUTH BOMBS on all you blind sheeple out there. If you believe the Atlanta rapper, he is the primary victim of some serious surveillance and censorship. In between promoting his latest mixtape (because of course), B.O.B took some time out from the demanding schedule of being a rapper who isn’t relevant anymore, taking to Twitter to reveal his fear that he is being censored on social media. According to the rapper, his fans are being restricted from seeing his tweets, his topics are banned from trending, and is the target of some large scale media manipulation. 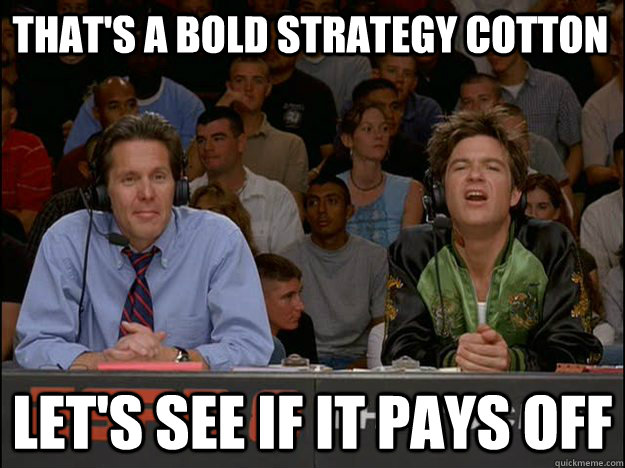 Yes B.O.B, you were speaking far too much truth in those hard-hitting Tweets of yours, and the government decided you must be stopped at all costs. Seriously, where exactly are you going with this?

censored meaning: all my followers don’t see my posts, my numbers are decreased so my posts don’t trend, and YouTube plays reset — B.o.B (@bobatl) January 19, 2016

Oh. I see. Perhaps this could be a sneaky marketing ploy following the release of a record which is far removed from the mainstream attention that brought us Airplanes and Beautiful Girls. There’s no Bruno Mars or Hayley Williams to thrust new tracks into the spotlight, so a social media sparked conspiracy could be the way to go.

Or… it could all be real and the government is really out to silence this outspoken rapper, who just loves to project his qualms with society onto his global following.

I think a modern day moon landing would expose too many inconsistencies with the last one, #whywehaventgoneback https://t.co/6M93snXw1E Well there you have it folks. The moon landing was most definitely staged and celebrities are cloned, B.O.B. confirmed. Just don’t spread the news too loudly, you never know who is watching…