Sydney hip hop artist The Tongue recently released his spitfire new single You Got Me ft. Mataya. An immediately demanding track that introduces glitchy synths and a heady beat to the artist’s swift, understated-yet-intense flow, it’s one of the smoothest Australian hip hop tracks we’ve heard in a long time.

As such, it brings us great pleasure to premiere the video clip for the single, filmed in the heart of the artist’s hometown, Sydney.

The track is a precisely-balanced blend of calm and intensity, and the video, directed by Luke Bouchier, serves it absolute justice. Follow The Tongue as he’s driven through the dark streets of central Sydney, lit only by neon signs and stark office windows. Unnerving yet captivating, the gorgeously shot clip slowly introduces footage of a black-clad woman dancing, alone, on an empty street.

Flash forward, to a house party. It’s dark, it’s hazy, and gorgeous shots of exhaled smoke fill the scene, and as the track grows more frantic, we see the mysterious dancer once again.

Will they meet? Was she a figment of imagination? You decide.

You Got Me is the first single released from The Tongue’s forthcoming album, set to be released next month via Elefant Traks/Inertia.

The Tongue will be officially launching You Got Me on October 17 at Gingers in Darlinghurst, Sydney. Details below, and you can grab tickets here. 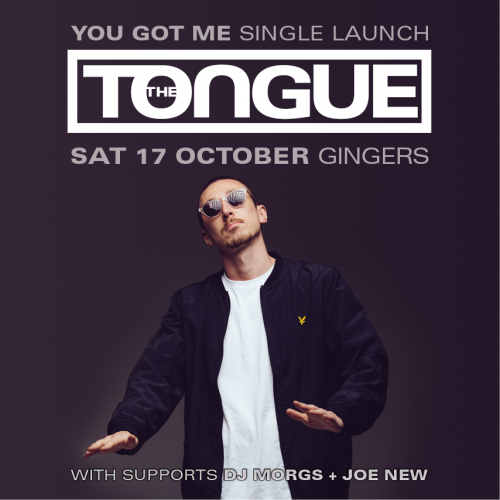