Following teaser track Heleyos and a surprise live show, the full self-titled release from Natasha Khan’s (Bat For Lashes) new project Sexwitch is now available to stream. Not only is Sexwitch one of the most anticipated releases this year, partly due to the ongoing Bat For Lashes hiatus, but it is definitely one of the most interesting. Six tracks, all of which are covers – but not songs that are necessarily familiar. Translating and reworking old records picked up by Khan and producer Dan Carey (TOY) in various places across the globe. Moroccan folk songs, traditional Thai and rare Iranian funk and pop, all songs from the 1960’s and 70’s, including Skip Spence’s 1969 War In Peace.

Also taking influence from the “dark, wild, primal feminine”, there is a definite familiarity in the tribal narrative feel that draws a parallel with Khan’s Bat For Lashes. But Sexwitch takes those feels to a much deeper place. Collaborating with Carey and British psych-rock outfit TOY, the melding of Khan’s totemic exoticism with the tripped out psychedelic influence of the material and Carey is hypnotic and powerful. Opening with the Moroccan Ha Howa Ha Howa, Sexwitch launches with  reverberating drums carrying a steady rhythm. Khan’s familiar voice pushes a tribal feel, giving way to echoing cries as eastern tinged guitars and instrumentation builds over a humming bass that expands across the whole sound.

There is a pulsating pull to the song that continues throughout the rest of the tracks, and the translated lyrics are contemporary in their setting. In fact it’s difficult to differentiate between the incredibly primal appeal of Sexwitch, and how relevant it feels. Repetitive beats and bass heavy instrumentation are familiar territory, and Khan’s undone vocals on tracks like Kassidat El Hakka touch on old school dance music. Even the use of a berber flute feels like the kind of motif a producer could fixate on within a dance track.

The more delicate Lam Plearn Kiew Bao (Thailand) offers a slight respite from the heavier tribal rhythms. More lyrical and melodic, there’s a lighter groove to the underlying bass. Bell-like instrumentation and a more playful syncopation conjures up the Asian inspiration. Ghorooba Ghashangan returns to the richer, exotic atmosphere of the Persian influence. Originally sung by the female artist Ramesh in the 1970s, Khan clearly identifies with the feminine spirit behind these songs. But is more interested in the music rather than any political agenda. Rather than a commentary on cultural repression of women, she chooses to celebrate the freedom of expression; “They feel the same things we do, it’s just blanketed in our impression of oppressive regimes.”

Final track, War In Peace, seems to draw the most from both Khan’s previous work and psychedelic music. Slow beats and with guitars more in evidence, her vocals float over the music heavy with reverb and pushing out like Jefferson Airplane’s Grace Slick. Culminating as a spiralling, jammed out moment, there’s no denying the pull of Sexwitch. Darkly magical and entirely immersed in the mysticism and glamour of ancient cultures, Sexwitch is both musical archaeology and ritual. It won’t resonate with everyone, but if it does catch you, then it will reverberate through your entire being. Primal and psychotropic, Sexwitch mystically taps into something much deeper than consciousness.

You can stream the full album here or purchase it on iTunes. 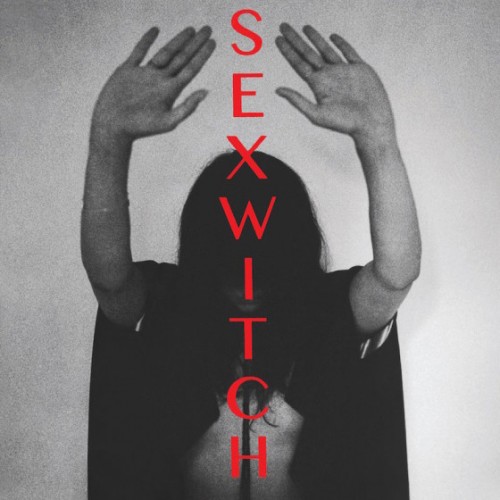