LA rapper Hopsin is set to bring his Funk Volume tour down under. The tour brags support acts like Dizzy Wright, Jarren Benton & DJ Hopp and will kick off this friday in Sweden. The artist will hop over U.S state lines until late November, where the Australian leg of the tour begins. Hopsin is set to play here from Wednesday the 16th of December through to Monday the 21st. The MC will be playing at least 5 shows, in each of our capital cities. 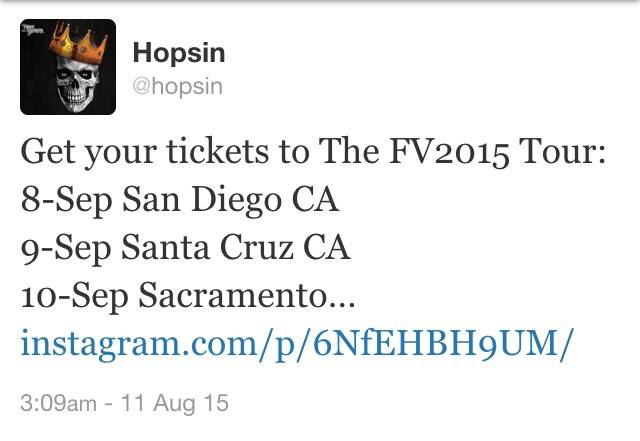 Hopsin is no stranger to Australia. Late last year the rapper took to social media to announce his relocation to our country, and his retirement from the music industry.

“The people there are so cool. I like the vibe. I like new places and I like the fact that I’m gonna be there and I’m just gonna not really know anybody,” the rapper wrote on Facebook and Instagram.
While his announcement to move was an adamant one, as of right now he is still based in the U.S and definitely still an active part of the hip hop industry, with his 4th album Pound Syndrome newly released.