Today, XXL released part two of the cypher from their freshmen class of 2015. Each year the magazine presents ten up and coming rappers who define the new wave of hip hop, and there hasn’t been this much talent in a yearbook since the cast of Sister Act II. 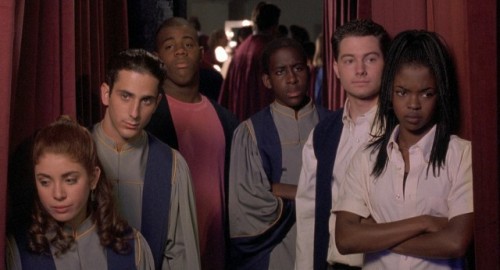 This year the artists are:

The XXL Freshmen cover has included a talented alumni including Kendrick Lamar, J. Cole, Chance the Rapper, Kid Cudi and Macklemore to name a few since it’s inception in 2008.

The part one cypher featured Tink, Raury, K Camp and Kidd Kidd and kicked things off with a bang.

After an acclaimed first album, Raury shows his diversity and Tink really shines with her sophisticated style and swagger. If there is a Lauryn Hill of this class, then this is her! If you don’t believe me, check out her freestyle.

All three young MC’s bring their A-game backed with some stellar beats but Vince Staples steals the show, taking us to some dark places.

You can check out the rest of the freestyles from the artists we have seen so far below and be sure to check back regularly as we follow all the action through to graduation.

It’s like reality TV, but with talent. I’m addicted already.