With 2010’s Last Train to Paris being Diddy’s least successful album to date, something had to change. True to form, that something is of course his name. Yup, in a switch that happened for what seemed like the umpteenth time in March, Sean Combs reclaimed the moniker by which he first found fame. With an announcement of a new album coming out, it all makes sense.

While all his official social media accounts still retain the name Diddy. With nothing being official these days till its internet official, an unfortunate situation has arisen with someone else having already claimed the Twitter handle @puffdaddy – and they’re not up for selling it. 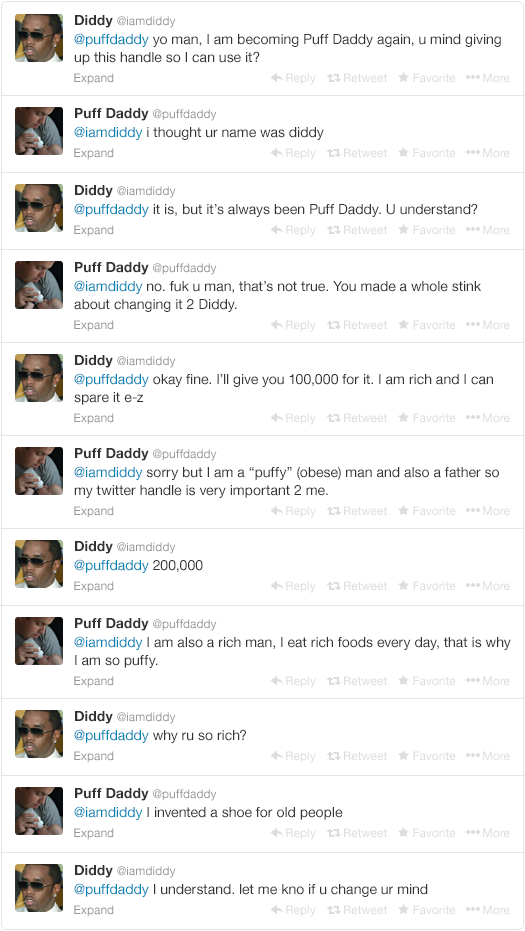 The album, titled MMM, will be the first completely solo album for the rapper since 2006. The first single from MMM, is Big Homie. You can watch the video for it below, you know, if you wanna watch Puff Daddy bust out a fur coat, ride in his Rolls Royce and hang out with Rick Ross and French Montana in a bodega…