Apparently the Japanese version of iTunes has the inside scoop regarding the previously undisclosed release date of Tame Impala‘s hugely anticipated third album, Currents…

After the release of a third song via Kevin Parker‘s Reddit AMA, a pre-order package for the album revealed that Currents is about 51 minutes long, and comprised of 13 tracks. It also noted that the album is apparently available in Japan on July 18th. Whilst this news is yet to be confirmed, it would be one of the cruelest pranks in the world should this be a joke. You can check the screen grab and supposed track-listing below: 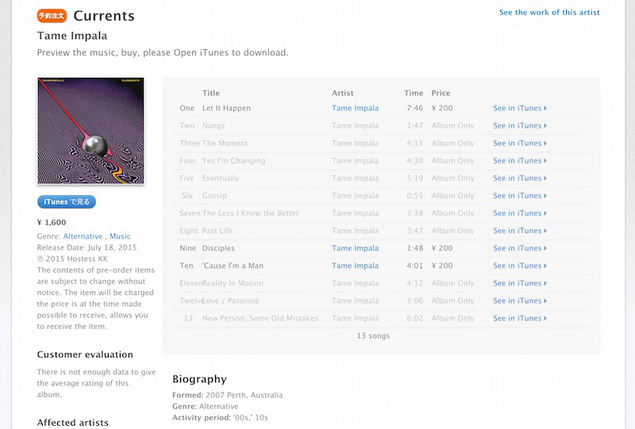