TIDAL, Jay Z’s newest streaming service, has not been doing very well since its launch in March. Artists signed to the service have been questioning the business model, sales have apparently been terrible, and no one really knows why it’s meant to be so great. However, after around a month of it being around, an anonymous label has come forward with evidence that TIDAL’s royalty payments are almost double that of their competitors. 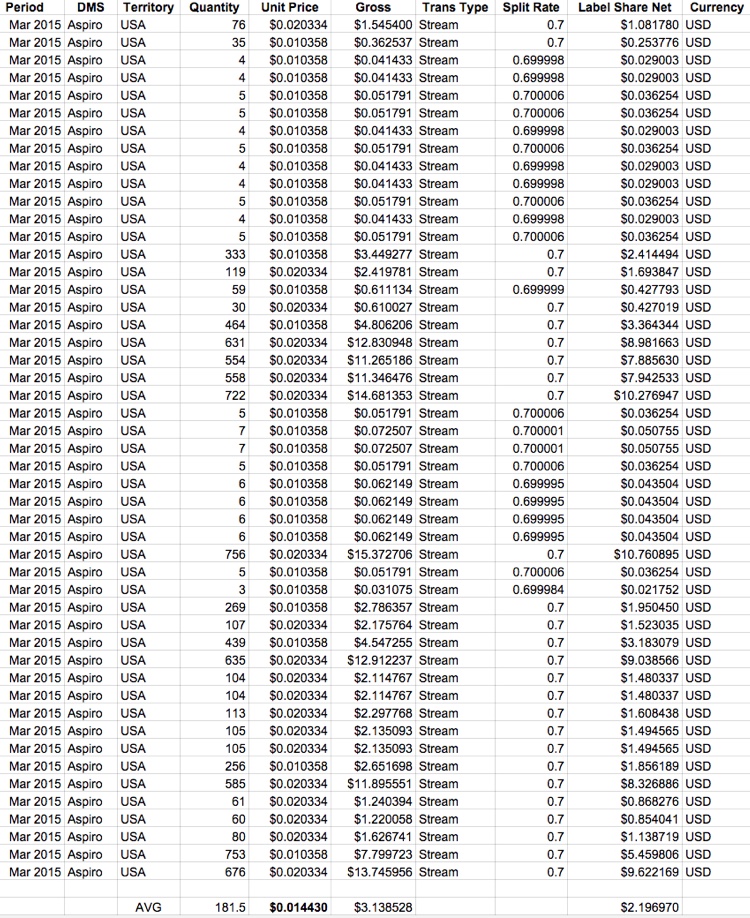 From the data we can see that each stream is paying around 1.2 cents ($0.012), whereas Spotify claims that they pay 0.72 cents ($0.0072) for each of their streams. While the standard for streaming is for the company to keep around 30% of profit, Jay Z has himself claimed that TIDAL only holds onto 25%, while giving 75% to royalty owners.

It’s important to keep in mind, however, that these numbers aren’t completely representative of all profits. Since TIDAL only launched in late March, and these numbers are for March, we might be able to see some more concrete data in the coming weeks for April and beyond. If it’s anything like this though, Jay Z and TIDAL are undertaking the ‘all for the artists’ approach very well, almost doubling the payment to rights owners. Hopefully the subscription to TIDAL picks up for artists’ sake.

We’ll be posting our own TIDAL reviews up this week – keep an eye out!