Following the news that FKA Twigs, previously Twigs, might be getting forced to change her name once again, we take a little look at five other artists who have had to change their names for legal reasons:

American rockers Blink 182 had to add those three magical digits to their name after clashing with Irish pop/rock band Blink. Fans still debate over the meaning of the supposedly arbitrary number to this day. Official records claim it was a random number, but many have delved into conspiracy research, trying to find a deeper meaning.

Highlights of real fan explanations include:
– “The 182 is the number of time Al Pacino says the work “fuck” in the movie Scarface.”
– “Its actually because their name means f**k RB. rancho bernardo highschool. R is the 18th letter of the alphabet and B is the 2nd. they went to poway and one of them went to RB high. and i go there so i know this”
– “If you have to ask this now, you ain’t a real fan.”

Blink 182 are currently in the news for announcing, finally, what an astonishing dickhead guitarist/vocalist Tom DeLonge actually is and that he’s left the band. Their upcoming tour will feature Alkaline Trio‘s Matt Skiba. Apparently DeLonge has said that he never quit, and then wrote a long letter about it that I haven’t read because I don’t care. 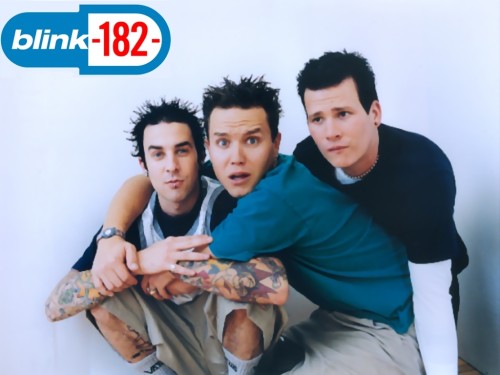 Grammy-winning duo The Chemical brothers first Djed under the alias The 237 Turbo Nutters. Luckily, they quickly changed this to The Dust Brothers, in honour of the US production duo of the same name, responsible for works including The Beastie Boys‘ Paul’s Boutique, Beck‘s Odelay, and most importantly, Hanson‘s smash hit single MMMBOP.

Yes, The Chemical Brothers named themselves after the guys who produced this song.

The British big beat pioneers didn’t encounter any problems until embarking on their first international tour in 1995. Turns out that naming yourself directly after another artist doesn’t go down too well for the other artist – especially when you’re about to become one of the biggest electronic acts in history. Retrospectively, it was a pretty dumb decision. Threatened with legal action, they became The Chemical Brothers that we know and love.

One of Jack White’s many musical spawn, The Raconteurs are responsible for his biggest non-White Stripes hits including Steady As She Goes, Salute Your Solution and Many Shades of Black. Around the world, they are known as The Raconteurs. Except for here, in good old ‘straya. Some band from Queensland were already called Raconteurs. They were offered money for the name, but stupidly refused and asked for even more money. The record company said no. The band have 69 likes on Facebook and are probably feeling pretty sorry for themselves right now.
Anyway, White and co went on to release music in Australia under the name The Saboteurs. They’re currently on an indefinite hiatus, but that’s okay, because Jack White’s solo releases are sickkkk.

Speaking of Australia, Sydney electronic duo RÜFÜS had to revise their name in 2014: Introducing the all new (but exactly the same) RÜFÜS DU SOL. Don’t worry, incase you were wondering why you hadn’t noticed this sparkly new addition, its only for North America. The incident occurred due to an existing US trademark on the term ‘Rufus.’ Following months of “colourful internal debate” and “months of strongly worded letters,” they renamed themselves for their US audiences, “because trademark is a serious bitch.”

We don’t really know who specifically trademarked the name, but the Sydney Morning Herald reckons it’s Chaka Khan’s “1970s Chicago funk band Rufus, who topped the charts with Tell Me Something Good and Ain’t Nobody.” In any case, it seems that they’ve adapted to their new name quite well, considering one of the members has since been DJing under the similar name JÜAN DU SOL.

That’s right, even bloody Bowie changed his name. Formerly, Davy Jones, our favourite glittery starman was often confused with The Monkee’s lead singer of the same name. He was also generally unhappy with how boring ‘Davy Jones’ sounded, so he went and renamed himself after the 19thcentury American frontiersman Jim Bowie, who is also known for popularising famous hunting blade The Bowie Knife. He of course then went on to provide himself with a fantastic androgynous glamrock alter ego, Ziggy Stardust.

I don’t know about you but I can’t exactly imagine a world where Bowie was actually called Davy Jones.

Name changing seems to be a thing in his family. Bowie had a son in 1971 currently named Duncan Zowie Haywood Jones. For a long time, he was simply known as Zowie – or Zowie Bowie. He grew up and is now known, thankfully, as Duncan Jones.

A few more fun facts:
The Preatures used to be The Preachers
Eves The Behavior was Eves
Hinds were Deers
The Temper Trap used to be called Temper Temper
Panic! At The Disco were plain old Panic At The Disco
Similarly, Godspeed You! Black Emperor used to be Godspeed You Black Emperor!
Prince famously changed his name to a symbol, and for a time, becoming The Artist Formerly Known As Prince