The last time I saw Queens Of The Stone Age live was back in 2014, when they played a stadium co-headline show with Nine Inch Nails. It was wonderful, don’t get me wrong, but experiencing a rock show while sitting a million miles away in a massive arena is an entirely different experience to standing amidst a sweaty crowd at Sydney’s Hordern Pavilion. This week’s concert felt like my first true QOTSA experience. It’s the way you’re supposed to see a rock show.

In town ahead of a headline set at Splendour in the Grass, and a month away from their highly anticipated new album Villains, there was a raucous energy in the air from the moment you stepped inside.

In the time since their last visit, the band has been incredibly busy with side projects; among other things, bassist Mikey Shoes last visited us with side project Mini Mansions in late 2015, while Josh Homme released his Iggy Pop collaboration Post Pop Depression as well as performing with Eagles Of Death Metal, and guitarist Troy Van Leewen also toured with Homme and Iggy Pop, released an album as rock supergroup Gone Is Gone this January, and is set to feature on Chelsea Wolfe’s forthcoming album Hiss Spun. So, for them to finally be performing together once more as Queens of the Stone Age, is thrilling to say the least.

Melbourne’s Ecca Vandal warmed the stage with a three-piece band, her uniquely cacophonous concoction of electro-fuelled punk hitting the mark across the fast-filling venue for half an hour ahead of the main event. 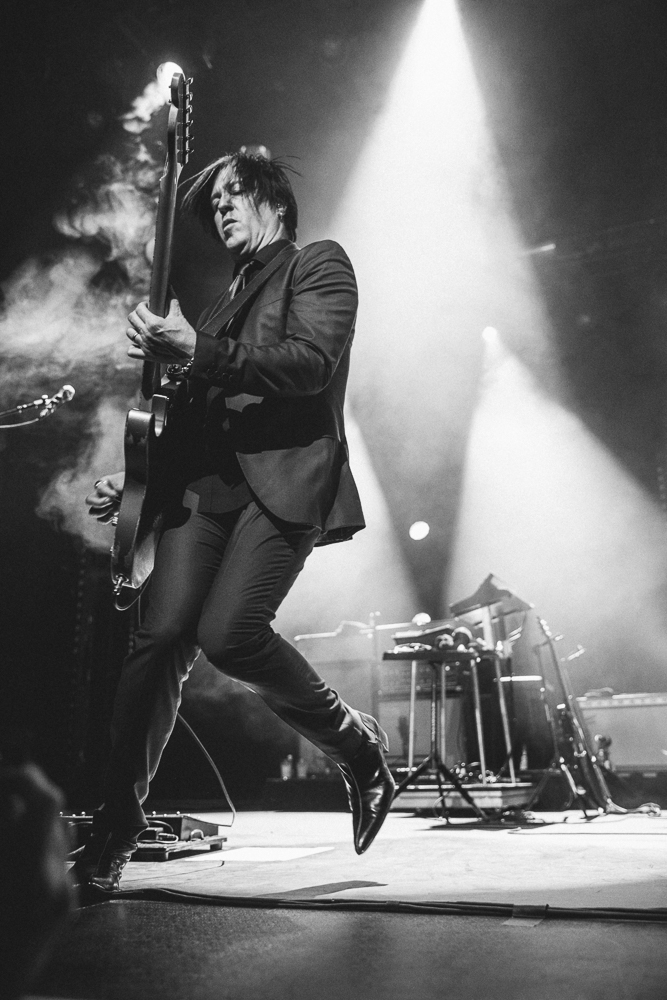 There was something genuinely fresh about the performance, perhaps because they haven’t played together much lately, perhaps because their nightly setlist varies wildly from show to show. That they kicked off with a track from 2007’s Era Vulgaris, Turnin’ On The Screw, was an wonderful surprise, and there was no shortage of career-spanning favourites to follow.

A little under half the set came from their last album, 2013’s …Like Clockwork. The album’s peaks and troughs served similar purpose to the movement of their stage show, such as the powerful boom of If I Had A Tail, and the lighter, more top-heavy Smooth Sailing. Elsewhere came tracks from Era Vulgaris, Lullabies to Paralyse and Rated R, with a seriously bugged out, drunken, extended version of Feel Good Hit For The Summer, marking the gig’s woozy halfway point — and I think they added a brief Amy Winehouse, Rehab, reference in the middle there, for kicks.

Those hoping for a set plied with new music may have been left for want, with only two new tracks, The Evil Has Landed and The Way You Used To Do coming through. With a catalogue this stellar though, it’s hardly a bad thing, and both tracks were at once brash and fresh, leaving me even more excited to hear Villains in full. 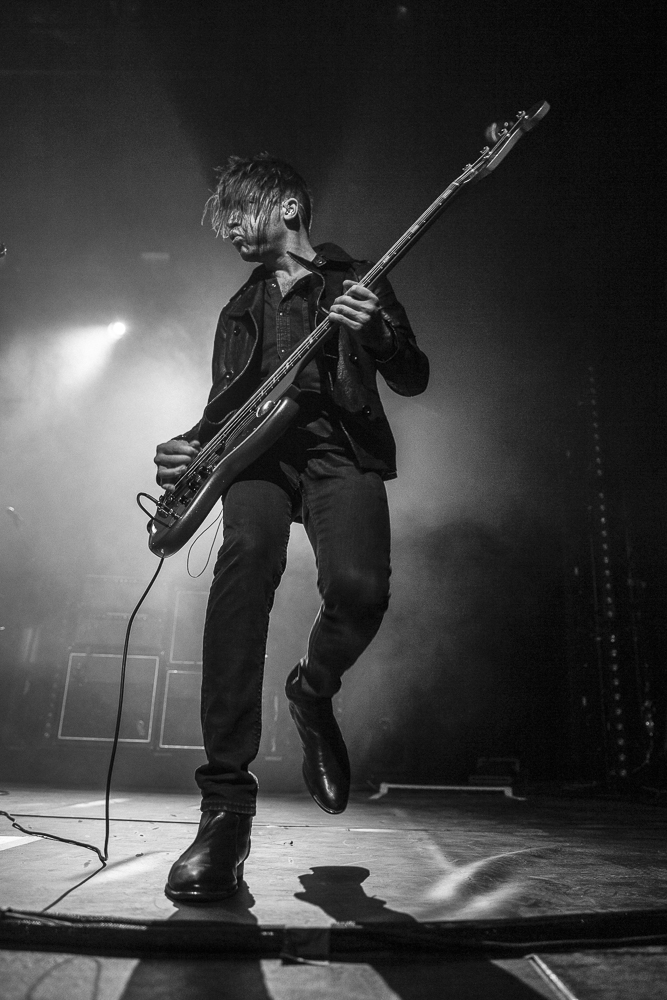 To everyone’s delight, the tail-end of the night was an affair strictly soundtracked by Songs For The Deaf’s biggest moments, only made heavier in the live setting. Homme and co. roared through Go With The Flow and No One Knows, before returning for a final encore rendition of its title track.

The set was peppered by bits and pieces of audience interaction, not much, just enough; this isn’t a band you come to see for the conversation. Their performance is unequivocally what a rock show is meant to look, sound and feel like; they serve up their tracks on a guitar-shaped platter with power and fervour unmatched by almost anyone else in 2017. It was refined and breathless – not rushed, but impressively tight. They know what they’re doing, and they know what their audience wants. It was a phenomenal night, one well worth the wait. 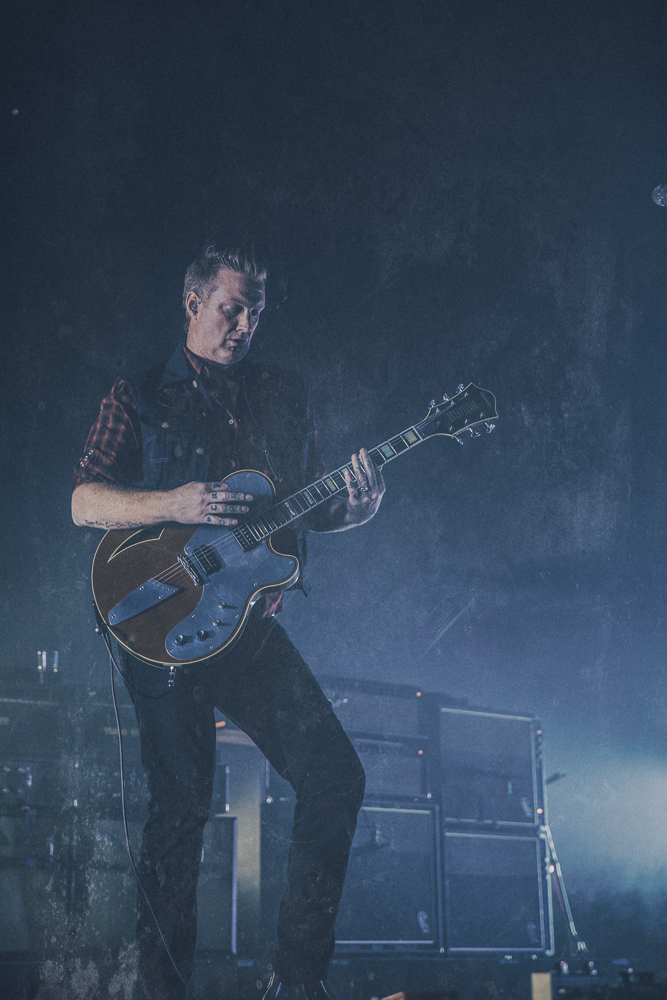