Ever since the Museum of Old and New Art (MONA) first opened, Tasmania’s enjoyed something of an alt-culture renaissance, quickly becoming a hotbed for all things artistically weird and culturally wonderful. More than just a museum, the destination hosts two festivals each year: January’s Mona Foma, and its evil twin, Dark Mofo, which takes place in June over the winter solstice. While Mona Foma allowed a glimpse into the city at its summery best, Dark Mofo is where we really come out to play.

Taking place from June 8 – 21, Dark Mofo is a hedonistic, gothic celebration unlike anything else in Australia – it certainly wouldn’t feel right during the warmer months. From the sprawling Dark Park, complete with fires and massive installations, right through to the incredible musical lineup, from Scottish post-rock heavyweights Mogwai and German industrial noise legends Einstürzende Neubauten to GAIKA and A.B. Original, the festival eschews mainstream tastes in favour of hard-hitting musical statements. And that’s not even including the art, performance, food or drink yet.

There’s a ridiculous amount to do this year, so here’s our top ten picks for Dark Mofo 2017. 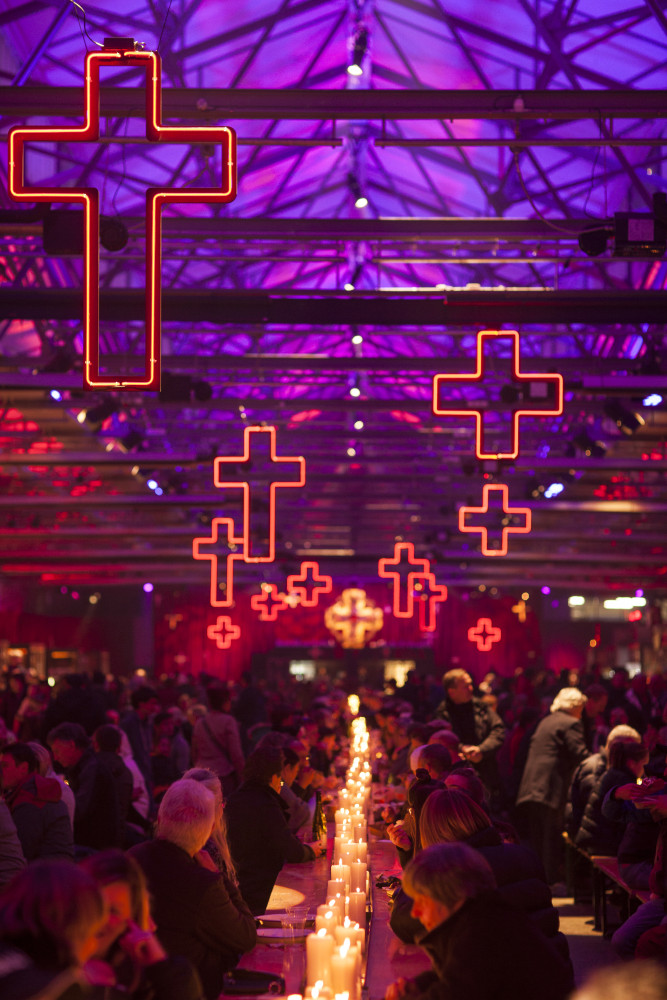 Winters in Tasmania are cold. Bitterly, achingly cold. The kind of cold that makes you wish your heated blanket was a permanent burrito wrap around your icy body. What’s the best way to warm yourself up in winter? Why, eating and drinking to your heart’s content. Held in a former shipping warehouse on the beautiful Hobart waterfront, the Dark Mofo Winter Feast is a centrepiece of the festival. The feast is packed with hearty Tasmanian cuisine, complete with performance artists frequently wandering around, many wearing truly bizarre costumes. There’s roast everything, and the aesthetic is very gothic. I’m underselling how great it is, but that’s only because it can be difficult to find adequate words to describe it.

It has to be seen to be believed, really. 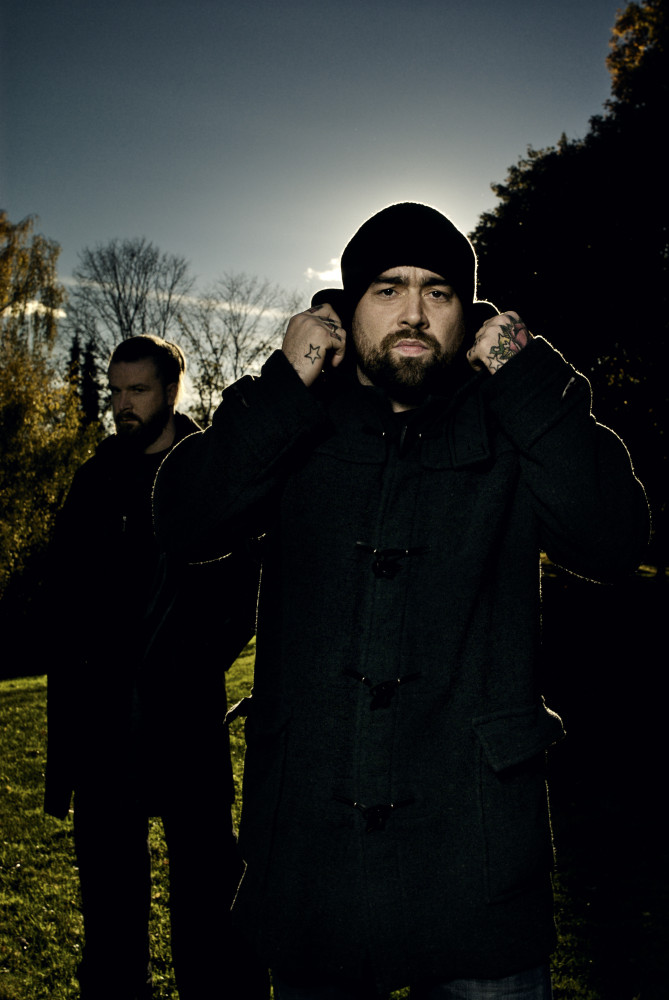 Norwegian experimental band Ulver are going to hit Tassie hard. Once legendary names of the black metal scene, their sound has evolved over the years to something much more unique. Ulver will be playing a number of shows over the course of the festival, with a special performance of their cinematic masterpiece Messe I.X-VI.X. enlisting the aid of the Tasmanian Symphony Orchestra.

It’s shaping up to be a beautiful show, one that you won’t want to miss, even if Norwegian metal isn’t your typical fare. The band will be performing a solo show as well, giving you the chance to catch them in two totaly different contexts – yes, we recommend heading to both. 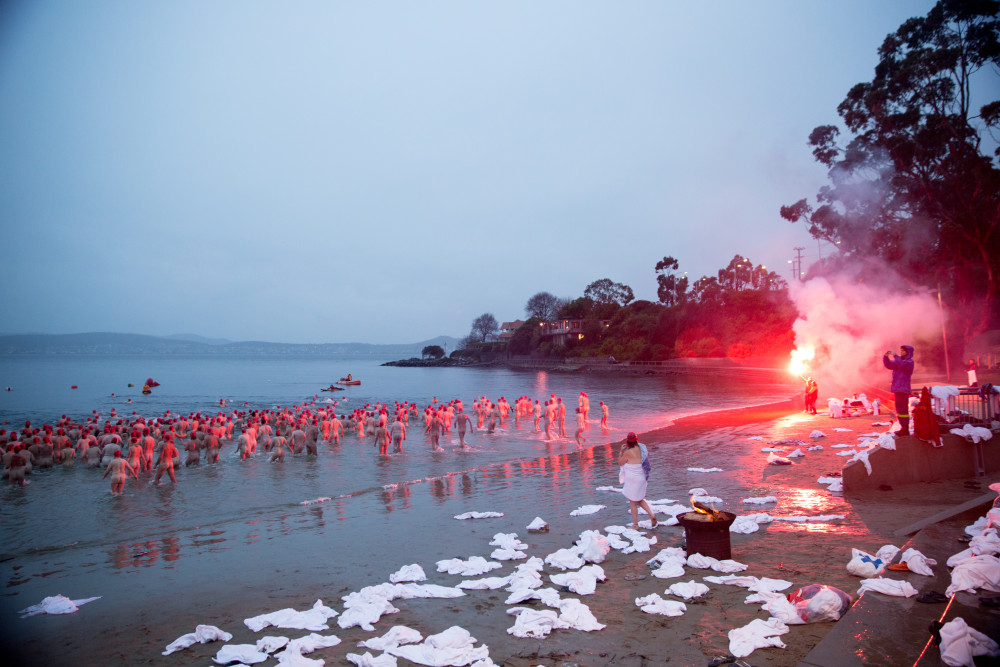 The Nude Solstice Swim is one of the more notorious spectacles of Dark Mofo. It’s exactly how it sounds: a naked swim into the freezing River Derwent on the morning of the winter solstice; hundreds of brave souls gather at the beach, strip down to their birthday suit, and fling themselves right in. It sounds crazy, and it is – but it’s also pretty damn unforgettable, even if you do’nt participate yourself. 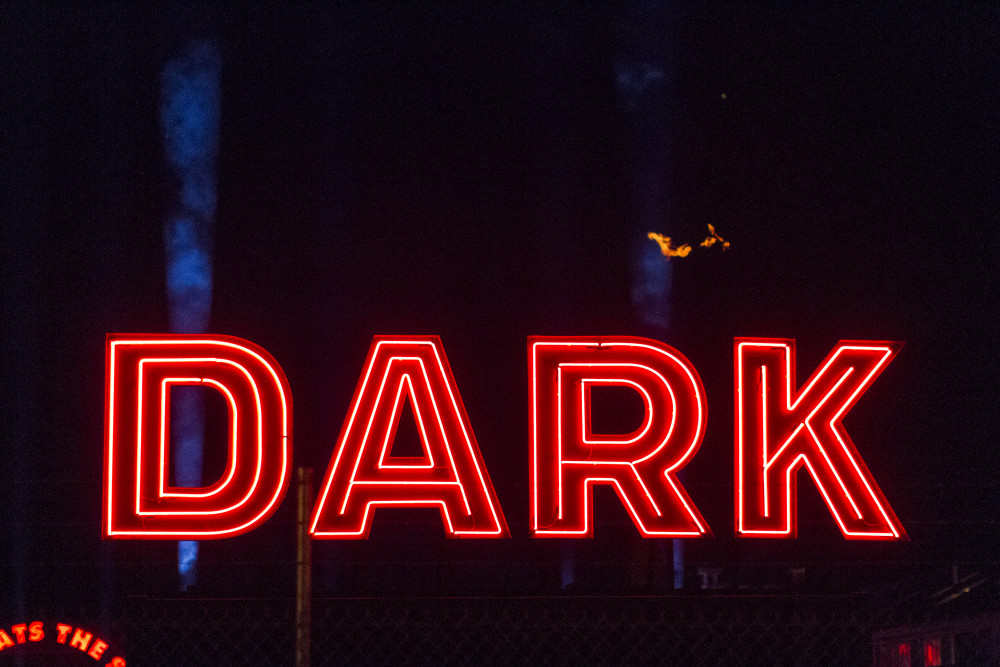 We’ve previously looked at Tilman Robinson as part of our Howling series, and we were certainly very impressed by his latest offering. Dark MOFO is promising a fantastic show when Robinson links up with fellow composer Luke Howard to grace us with some truly haunting contemporary piano ambience. 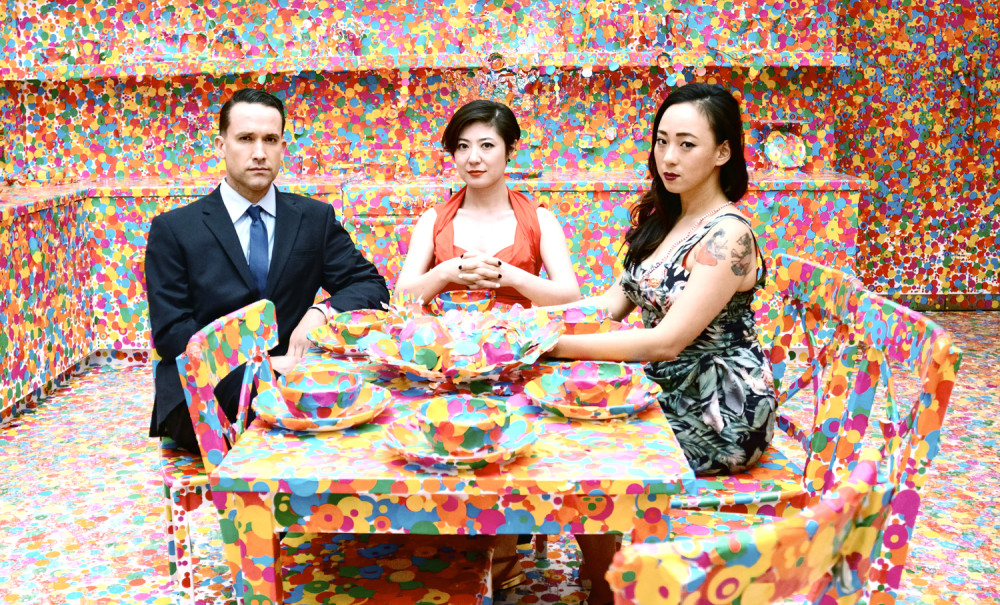 It’s often said that Tasmania is like an Australian Twin Peaks, with the small town vibe and the vaguely mystical nature to it. And with season three of the acclaimed and much beloved show coming later this month, what better way to celebrate than with the brilliant Xiu Xiu.

Playing the soundtrack of Twin Peaks in their unique style, this show is something that is sure to impress, and is a must-see for fans of the band and the show alike. 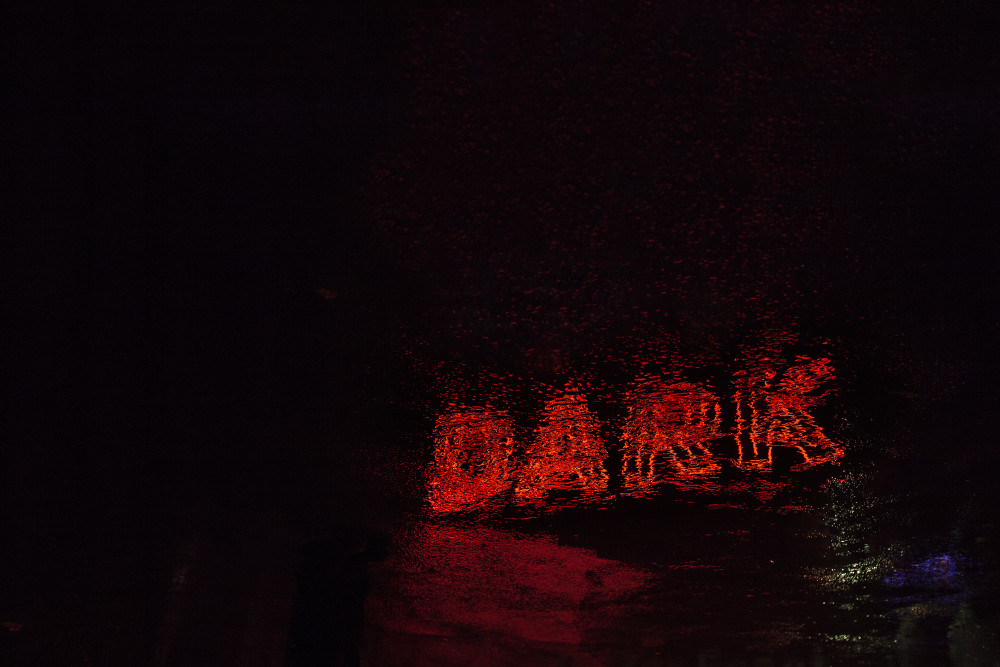 A program that runs every year is the Dark Mofo film schedule. It’s not quite a film festival in itself but it is still very much worth your time. A particular set of films are shown at Hobart’s State Cinema (which is beautiful, by the way), and they’re films that are usually pretty niche. It’s a great way to find new artsy films and witness them on the big screen.

Also did I mention that the State Cinema has couches? Well, it does. And wine.

Dark park is without doubt one of the best and biggest aspects of Dark Mofo. So what the hell actually is it? Well, imagine a former dockyard that’s been transformed into a massive and impromptu art museum, with fire shooting into the sky at regular intervals. Add into the mix some fantastic art, local food and drink and an electric vibe, and you have yourself a great time.

And if that’s not enough, it’s free entry! Meaning you’ll have plenty of budget left over for all the amazing gigs and food and drinks. 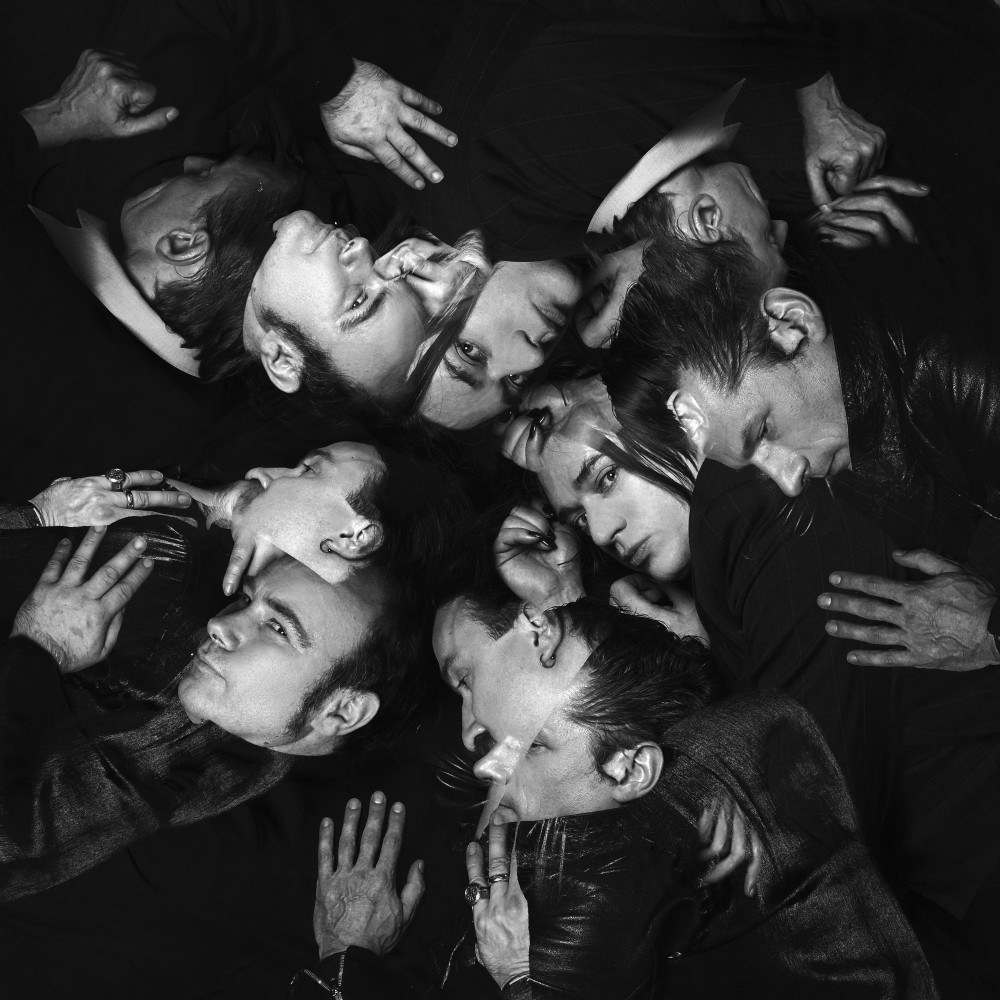 German pioneers of industrial noise, Einstürzende Neubauten are heading down to give Hobart the show of a lifetime. Hailing from West Berlin when West Berlin still existed, the influential band are famous for using custom instruments and harsh, unorthodox sounds to produce an unforgettable sound.

Not only will their two performances be incredible in their own rights, but you’ll get to say you’ve seen Einstürzende Neubauten – and frankly that’s a rare claim these days. 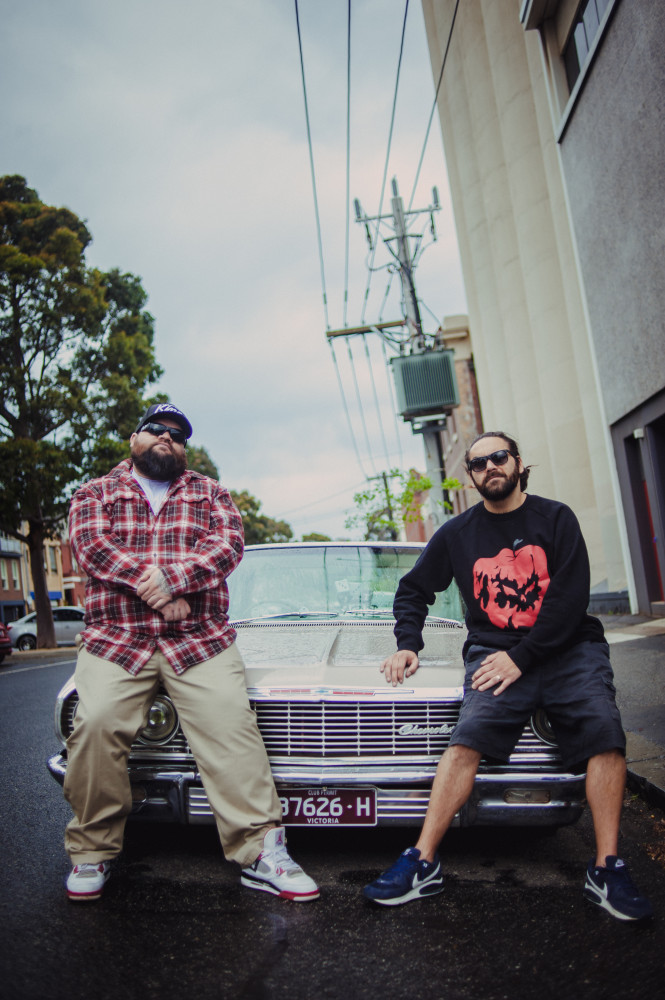 Not a fan of the weirder, artsier side of things? Fear not, Dark Mofo’s got plenty else on offer as well – and we’re particularly stoked about hip-hop duo A.B. Original, heading down to perform music from their critically acclaimed 2016 album Reclaim Australia. Fellow Aussie artist Thelma Plum will also be in tow – so you can guarantee something special is going down.

Their debut album Reclaim Australia was one of our favourites of last year, and really shows the political power of art and music. Do not miss this.

Scottish band Mogwai are, in a word, legendary. One of, if not the, most famous post-rock band in history, the musical gods have just announced a brand new album – on top of more than two decades of an already-brilliant output. Having celebrated their 20th anniversary in 2015, they delivered an ear-splitting performance at the Sydney Opera House, and will now be returning to perform at Dark Mofo.

This is an exclusive show by the way, so if you’re not planning on a trip to Hobart, you’ll miss out. Mogwai are my personal favourite band of all time, and they may well be yours too after seeing them live. 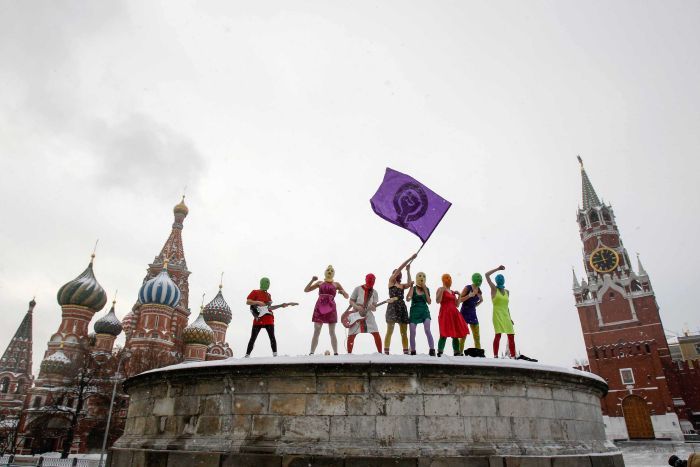 Leading the charge on the second phase lineup are Russian activists (and favourites of Vladimir Putin) Pussy Riot. The band will be showing Act & Punishment, a documentary about their activism, before holding a Q&A session. They are also set to play a DJ set as part of the Welcome Stranger project the festival will be running. 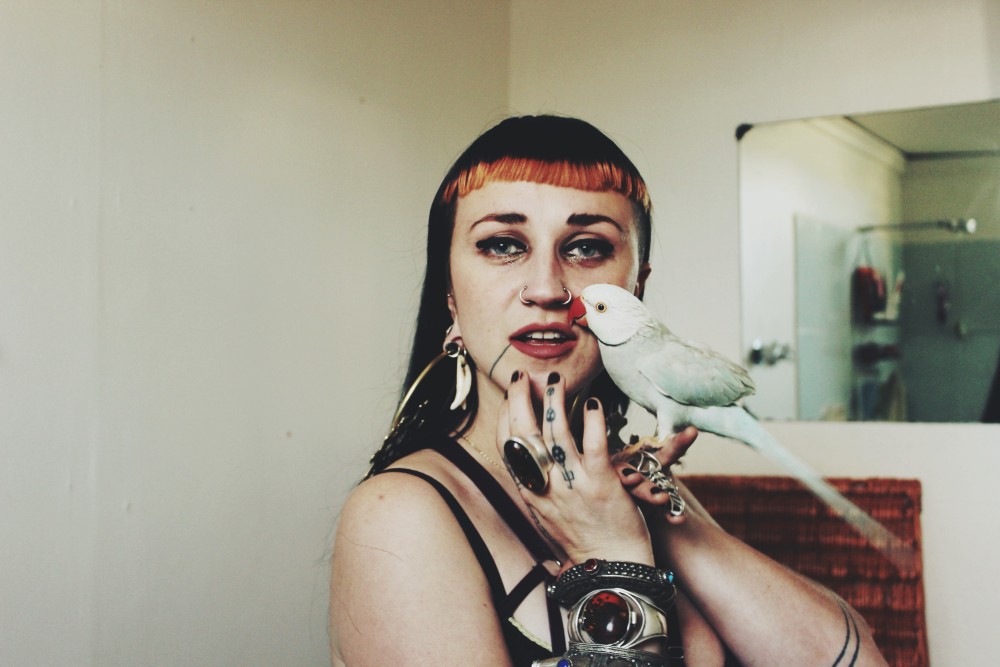 Fronting Melbourne’s incredible Hiatus Kaiyote, Nai Palm will be bringing her outstanding musical talent to the Odeon Theatre. Having been recently sampled on both Drake’s More Life and Kendrick Lamar’s DAMN., as well as a spot on Anderson .Paak’s 2016 album Malibu, the Grammy nominee is already receiving a heap of widespread international fame – and her Dark Mofo performance will evidence exactly why she deserves it.

Also, supporting Nai Palm will be Tasmanian singer-songwriter Ani Lou, so make sure to get there early.