Last year, The Dillinger Escape Plan broke hearts across the globe by announcing their break-up. Mercifully, they made the announcement before releasing their final album, and embarking on one final world tour to say farewell. They released their magnificent swan song Dissociation late last year, and have now announced their last ever Australian tour dates, commencing in October.

The band have been no stranger to Australia, so it’s only fitting that they’ll be giving us a proper wave goodbye.

For two decades, The Dillinger Escape Plan have been one of the most innovative, experimental and exciting heavy groups in the world, consistently pushing their own sound to new heights – and ending on the diverse, loud, emotive Dissociation was a perfect conclusion to a stellar career.

Dates can be found below. Tickets go on sale this Friday, April 21 at 9am local time – click here for details. 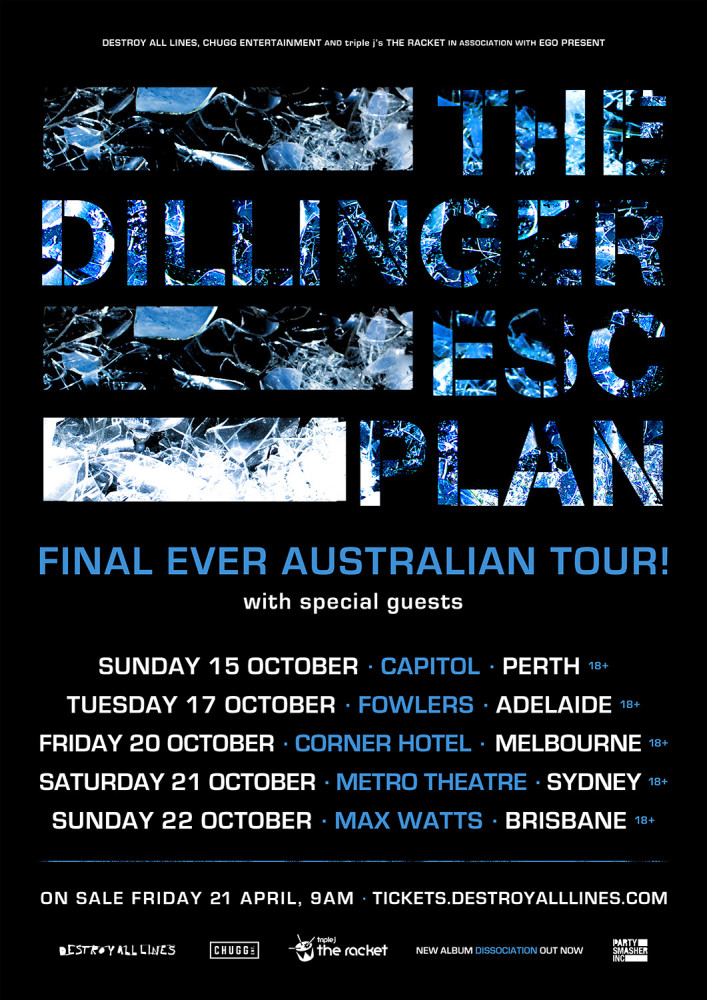