Queens of the Stone Age have announced a headline Australia and Zealand tour, off the back of their headlining appearance at Splendour in the Grass this July.

Though the band haven’t released new music since 2013’s …Like Clockwork, rumours and speculation has been abound for the past year or so, with the Josh Homme-fronted group recently revealing that they had finished recording their upcoming album.

Queens of the Stone Age last toured Australia in 2014, when they delivered a blistering joint headline tour with Nine Inch Nails.

The band are set to play one headline show in New Zealand and three in Australia, including Sydney and Melbourne. Bizarrely, they’re skipping Brisbane, Adelaide, Perth and even Hobart, opting for their first ever Northern Territory show in Darwin.

Tickets go on sale next Wednesday April 12 – click here for more details. Frontier touring have announced that absolutely no additional shows will be getting announced later, so get in quick or you WILL miss out.

Check out the dates below, and get excited. This is going to be one of the best shows of the year, guaranteed.

Read More: A Complete History of Queens of the Stone Age 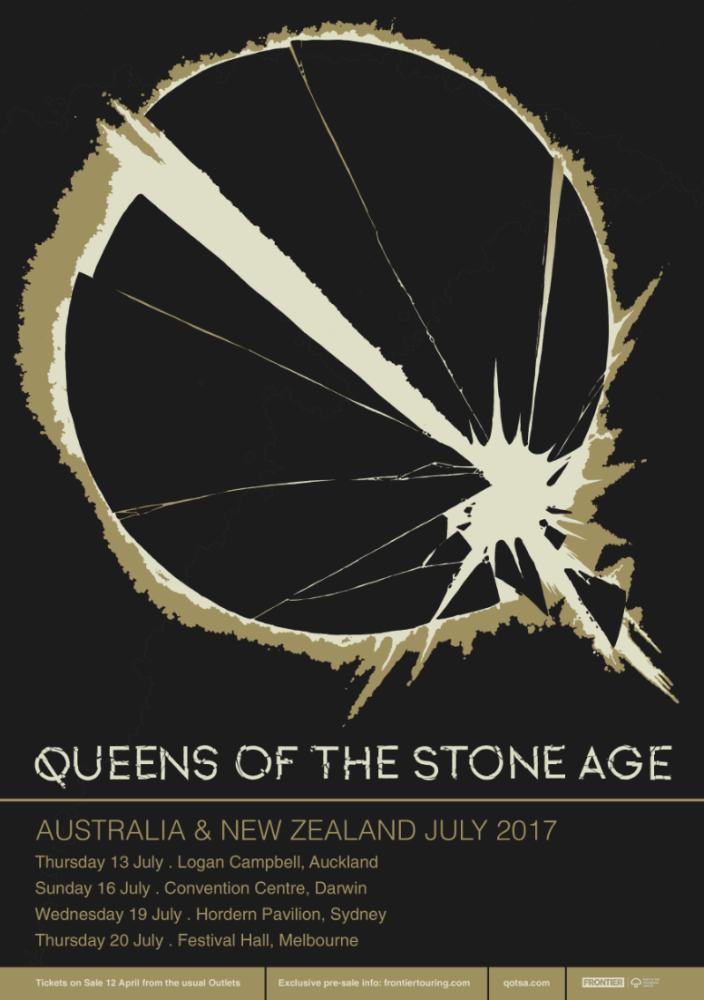