On The Heart (Part 4), Kendrick Lamar announced “y’all got until April 7 to get y’all shit together,” which let us all to believe a new album would be dropping on April 7.

Well, it’s April 7, and my shit’s together. But there’s still no album. Instead, a pre-order listing has now popped up on iTunes with a few interesting details about his as-yet-unnamed album. First, the release date, April 14. Second, there are 14 tracks, and track 8 will be Humble.

Finally, and most tellingly, the composer credits have been made available, revealing the featured or sampled guests. 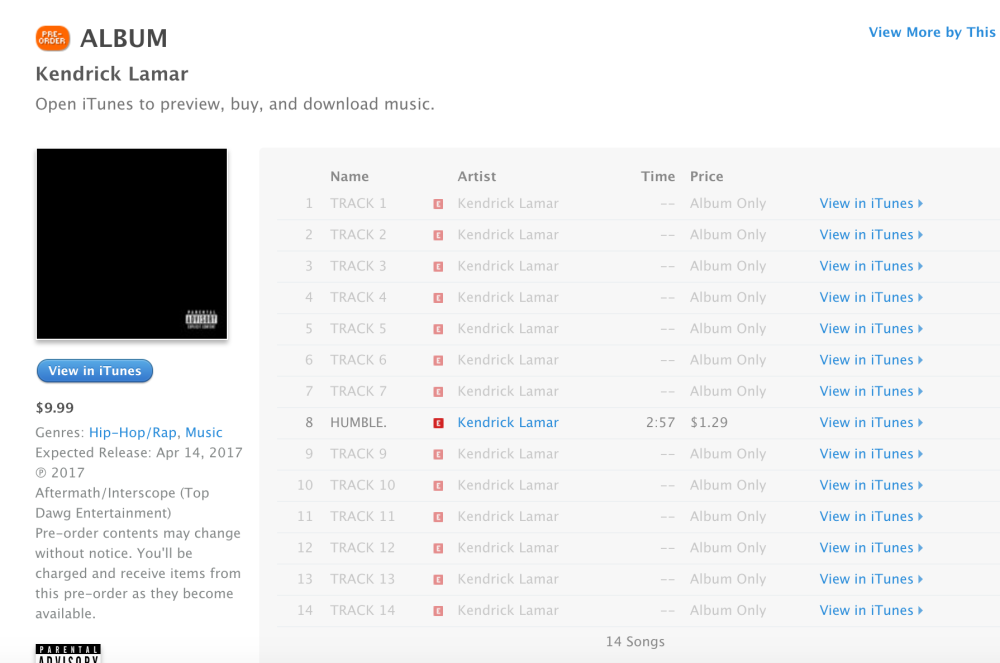 Here’s everything we know so far about the tracks on Kendrick Lamar’s new album: