Joey “I’m a better rapper than Tupac” Badass has officially revealed all the big details for highly anticipated new album.

According to information seemingly leaked via iTunes New Zealand, the album will be called All AmeriKKKan Bada$$ or (AABA). It’ll be twelve tracks long as is set to feature both of Joey’s new singles, Land of the Free and Devastated. The album artwork is also revealed to be an American flag with a paisley design: 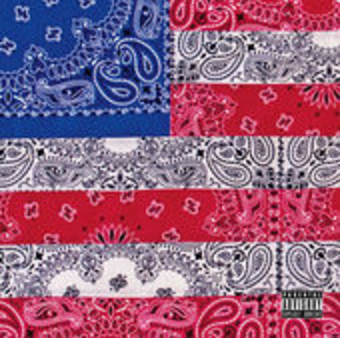 Following the iTunes listing, Joey Badass then tweeted the information out himself, along with a thirty second teaser video and a series of hashtags: “#AABA #AABA #AABA”

Joey Badass has recently released three singles: along with Devastated and Land of the Free, he recently dropped Victory, a promotional collaboration with the NBA and Mountain Dew.

The “Amerikkka” in All AmericKKKan Bada$$ has showed itself numerous times throughout hip-hop. Ice Cube’s AmeriKKKas Most Wanted came out in 1990 and many have since paid homage. On the Run The Jewels track A Christmas Fucking Miracle, Killer Mike says, “Still spell America with a triple K”. Additionally, Badass wore a shirt saying “Make AmeriKKKa Suck Again” on the Land of the Free album artwork.”

We’ll keep you posted when more information is available.