The one and only Lady Leshurr is currently in town for her very first Australian tour. The Birmingham-born grime rapper, who came to prominence with her viral five-episode Queens Speech freestyle series, is one of the only prominent female artists on the scene, and is carving out a path for more to follow in her own incredible footsteps. Considering how grime is almost exclusively male-dominated, we couldn’t be more excited that Lady Leshurr is getting the recognition and international attention she so deserves.

With nine mixtapes and three EPs under her belt, she’s come to the global spotlight with recent single Where Are You Now? featuring Wiley. Now selling out shows across the globe, the 27-year-old is only just getting started.

We sat down with Lady Leshurr in Melbourne for a quick chat about her journey so far, the unexpected viral power of Queen’s Speech, and the changing – and sometimes volatile – environment of young women coming up in UK hip-hop.

Is this your first time in Australia? How are you enjoying it so far?

Yeah, it is. It’s amazing. I mean, so far we’ve gone to Perth. I think we’ve brought the English weather with us because it was just pissing down with rain, but it was really nice. We got there and then obviously Melbourne. And it’s a completely different vibe to Perth. Perth was quite quiet and all the clubs shut at 1 AM. But it’s more lively here. So I felt right at home. And I went to a club last night, and I felt like I was in America. The vibe here was really, really, really nice. I really love the vibe here. So I can’t wait for Sydney!

I’m so glad to hear that. I’m glad that we represented ’cause I’ve got a really nice solid fanbase for grime and hip-hop in Melbourne. I’m such a big far of the Queen’s Speech series. Every episode that dropped, we would play on my radio show Back to the Future. Myself and my co-hosts are such outspoken feminists as well as big hip-hop fans and we’re always struggling to find female artists. Can you tell us a little bit, like, how it was to see those videos go so viral and what’s that done for your career?

I didn’t expect it really. Wowa, the guy here [points to guy shooting video as we speak], he shot all the Queen’s Speeches so We basically didn’t know that this was gonna happen. All it was was a vision that he brought to life. And it just … I don’t know. It happened at the right time. No one was thinking about doing anything like that. It had a strong concept, and yeah, it just went viral through Facebook first and then the Americans got onto it. As for Australia, someone was telling me yesterday that she was posting it and it started flying around Australia. She’s also a radio presenter and was saying that it really, really helped for me. So I think it’s just word of mouth a lot of the time. And just really organic. It wasn’t forced. It wasn’t planned. It wasn’t brought. Like nothing was brought. It was just so organic.

I think from our perspective, we’re so hungry for female artists. Really solid, amazing artists, like you. So for us it was just like “Yes! This is SO dope! It’s so great to see.

Thank you. I love that.

And to break into the US market, that must be so huge for you. Grime’s been bubbling away for so long now. We’re really aware of it here because we’ve got our own little grime scene, but to see it finally pick up in the States – It must feel great to be contributing to that rise?

Yeah. Of course. I mean, not only is it just grime, but me coming from Birmingham, which is like a little town. London is like the heart of England, the heart of music really. So to come from Birmingham and to be known internationally with my Birmingham accent… I never thought it was possible. When I was younger I used to rap in an American accent. I used to just think that was what you had to do to make it. And then as I got older I started to get to know myself a bit more and be in touch with myself and how… oh, that sounded a bit weird… *laughs* I got to know my flow and stuff. I just had to get to know myself a little bit more and understand that you just have to be yourself, man. ‘Cause people can see.

Yeah, that’s another point of difference, your accent as well as your incredible skill.

Yeah, exactly. So it’s great to be a part of pushing grime and taking it to that next level. 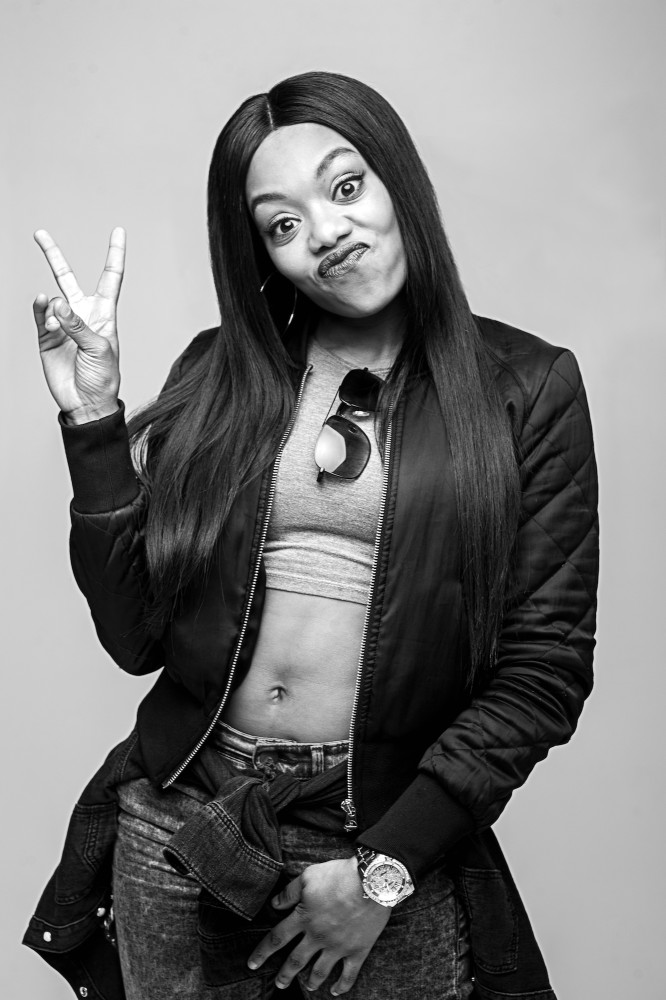 In interviews you also talk about how you really want to build a movement with a female presence. Can you sense a change happening at the moment? Do you feel like there’s more female artists coming through?

Yeah, there’s definitely more females now than there was when I started. I mean, there was the key ones like Shystie, Lioness, and Niomi – Ms. Dynamite. But now, to me, there’s loads. There’s more than ten now. And it’s good. It’s a good thing.

I feel like the younger generation, especially as females, everyone seems to be in competition. And that just doesn’t really sit well with me. So as much as I try to help, I’ve put on workshops in the past getting females to work together. But you can’t force it if people are that competitive. It’s okay to have that healthy competition, but not if it’s malicious.

When I started coming up, and meeting the people I grew up listening to, when we started doing music together, I was collaborating, it felt like a community coming together. The females, it should be, ‘Team Female, we’re coming through!’ And I don’t feel that anymore. It’s really upsetting because I come from an area of looking up to females and wanting to be empowering females and working with females. But it’s just really different now. I really feel like it’s the younger generation.

I think it’s really tricky for young female artists because the messaging is there’s only ever room for one at the top. So, it creates that competition. Whereas I think if we all band together and go, “Actually, that’s bullshit. There’s room for a million.”

Yeah, of course. I totally agree. 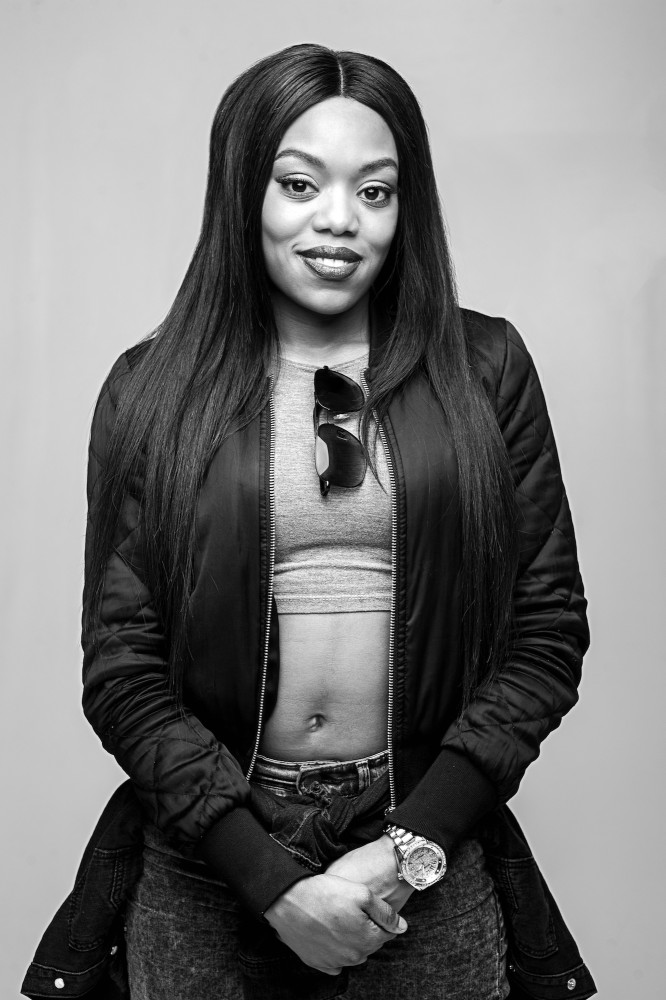 I also read you have an acting background?

You did quite a big film a few years ago. Is that something you’re still interested in?

Yeah, 100 per cent. I used to act before I was really into music. So, it was just something I used to do when I was younger. I used to do a lot of theatre work and be in all the dramas, all the cabarets at my school and my colleges and stuff. But I knew that I had to just cut something out and just focus on one thing, so I focused on the music first. Now, I’m eventually bringing back the acting – with Queen’s Speech, if I didn’t have the acting skills I wouldn’t be confident enough to act like, you know, I could walk down the road and pretend something’s right there. ‘Cause all that’s after editing, that’s what Wowa does. So you just have to have the confidence, and I know if I didn’t act then I wouldn’t be as confident to do that right now. So I think it’s all paid off.

And you’ve got your own fashion line as well?

Yeah, I’ve got a little clothing line. Snapbacks, you know. I’m just trying to brand the queen thing and the king thing. I’ve got a website, you can get everything there – the crop tops, the snapbacks, the jumpers, the hoodies and stuff.

Okay we’re nearly done, so let’s just finish up the interview with five quick fire questions. You just have to pick one answer

On stage or in the studio? 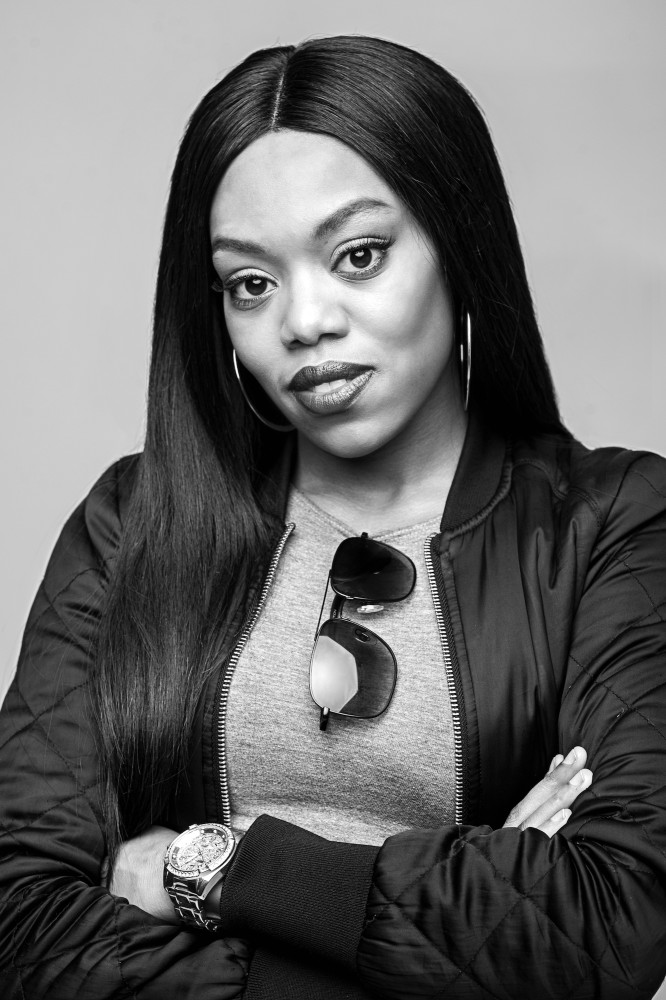 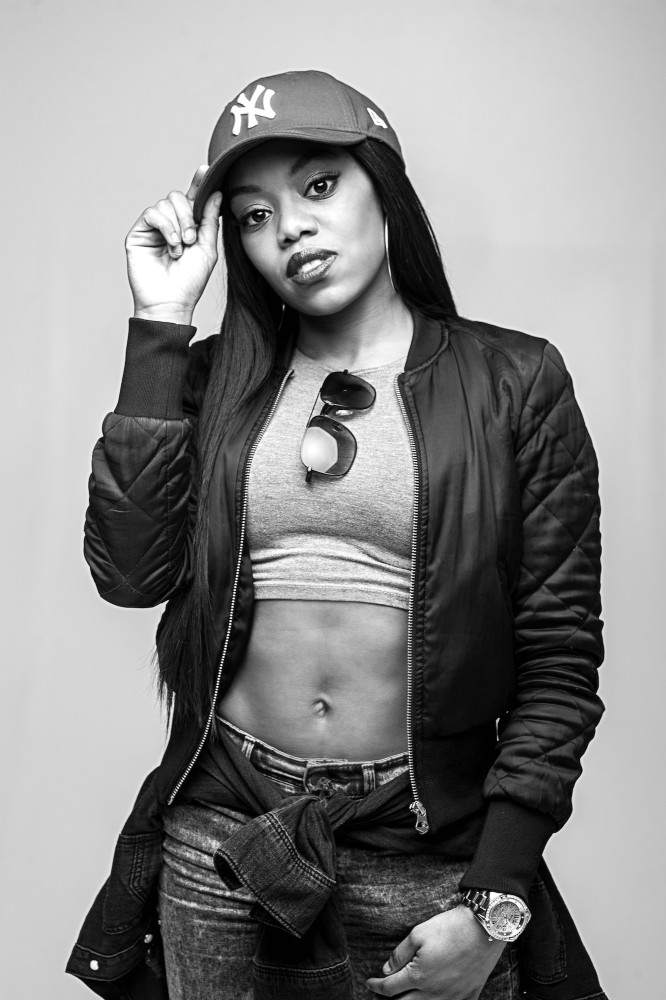 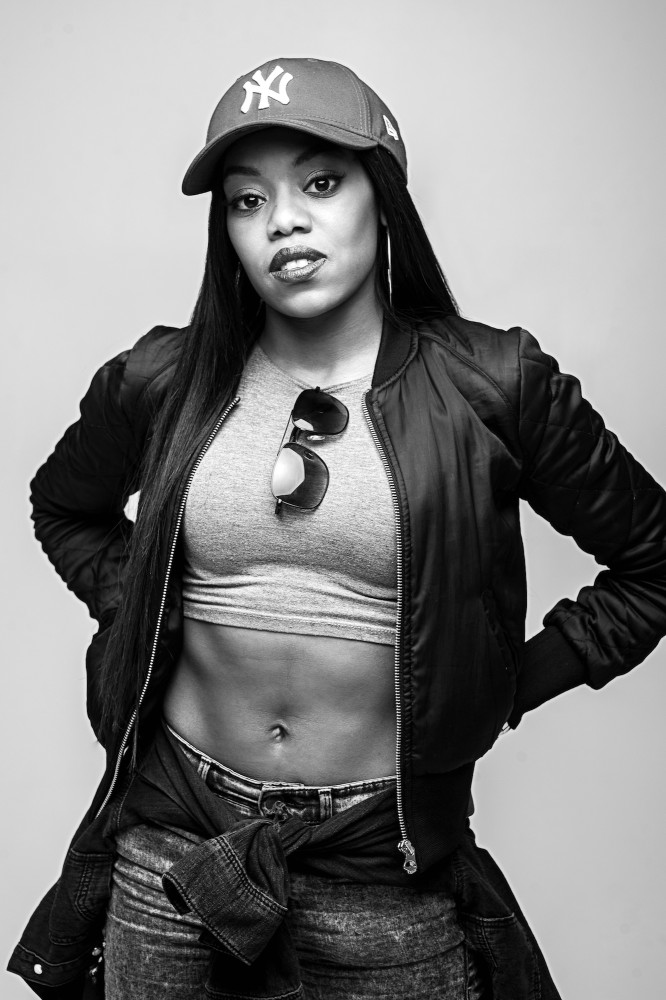 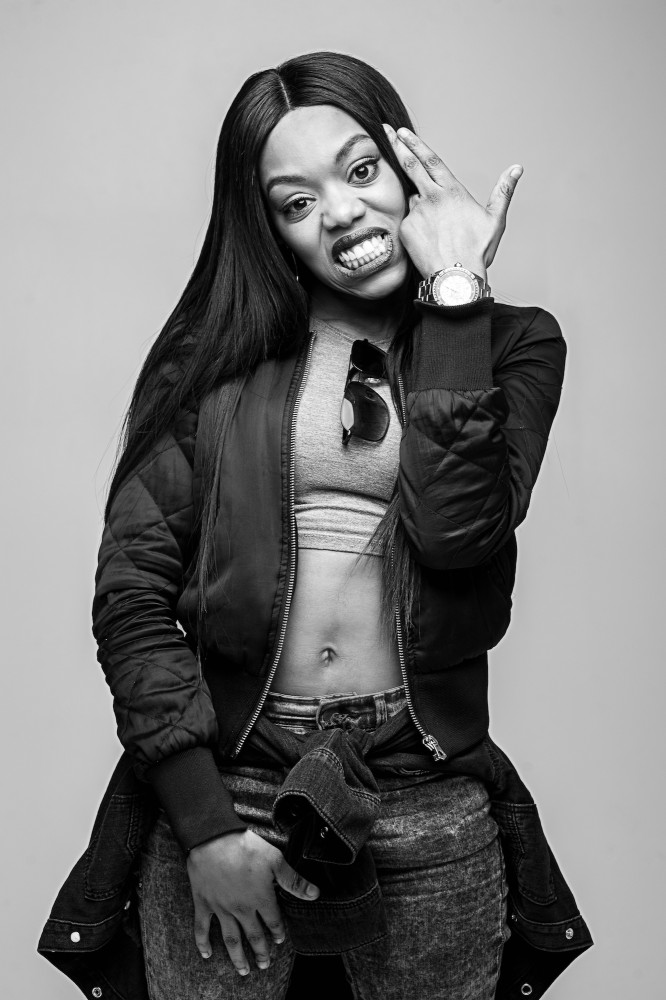 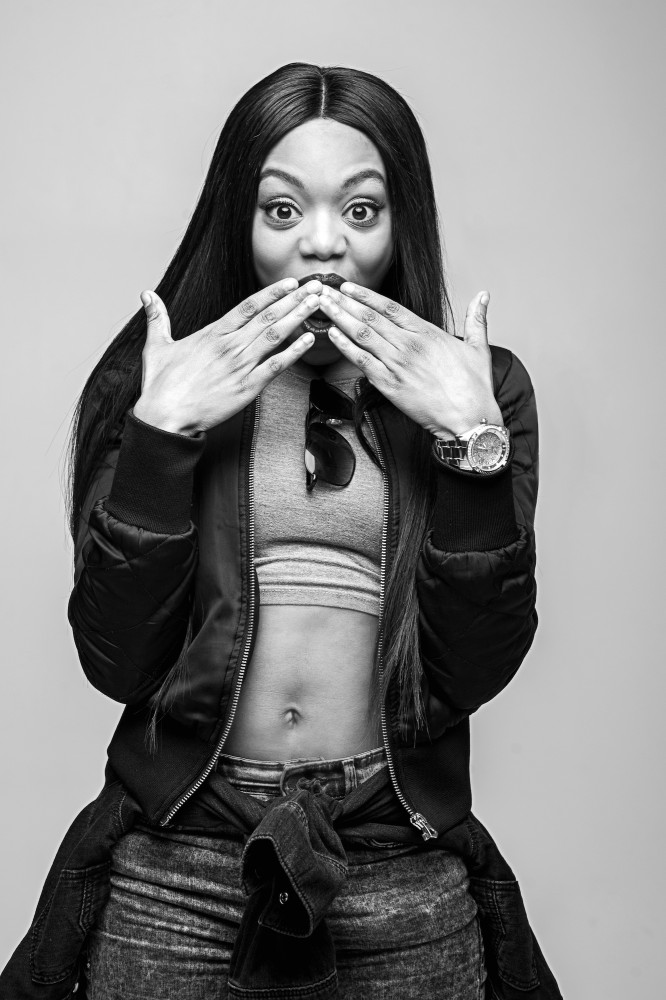 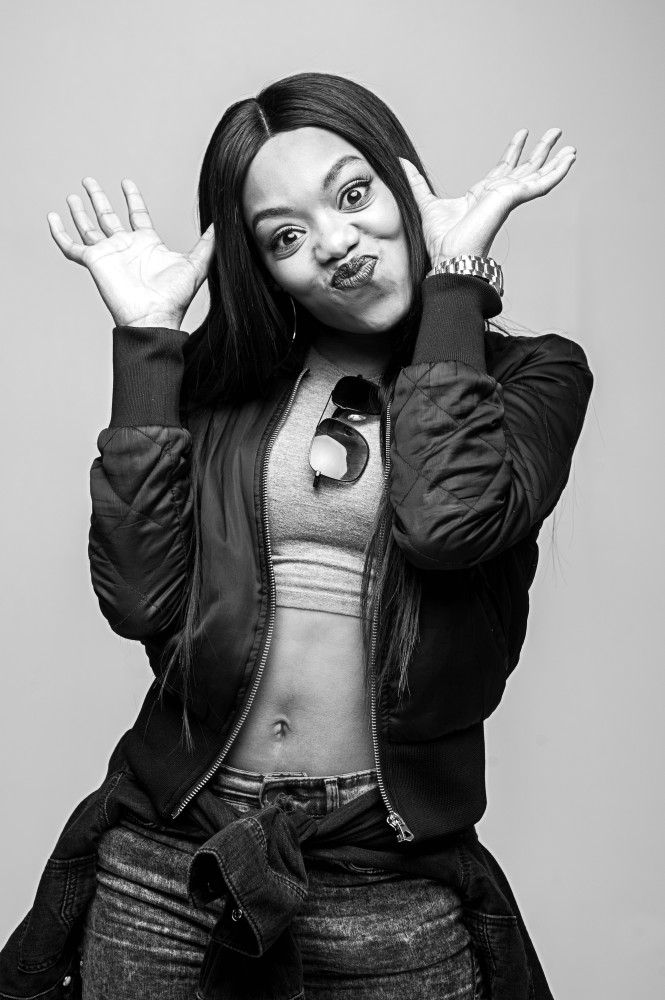