It’s been an extremely quiet five months for London’s buzzing grime artist Stormzy. Since taking part on the Brotherhood soundtrack in August, he’s been almost entirely AWOL, with almost all of his social media platforms bar Facebook disappearing and not to mention the frustrating cancellation of his 2016 tour dates (including Australian Listen Out dates). It’s no lie we’ve been on the edge of our seats since Scary announced the album was on the horizon, but it’s not until now that we have some (almost) concrete information.

There has been no official announcement, but suddenly appearing all over London have been billboards which feature Big Stormz’s lyrics , “Ain’t dropped nothing for a minute. I’m fine” and “You’re getting way too big for your boots” to name a few, accompanied with his signature hashtag #MERKY, along with the date February 24th and #GSAP. Could this be the title and release date of his heavily anticipated debut album? 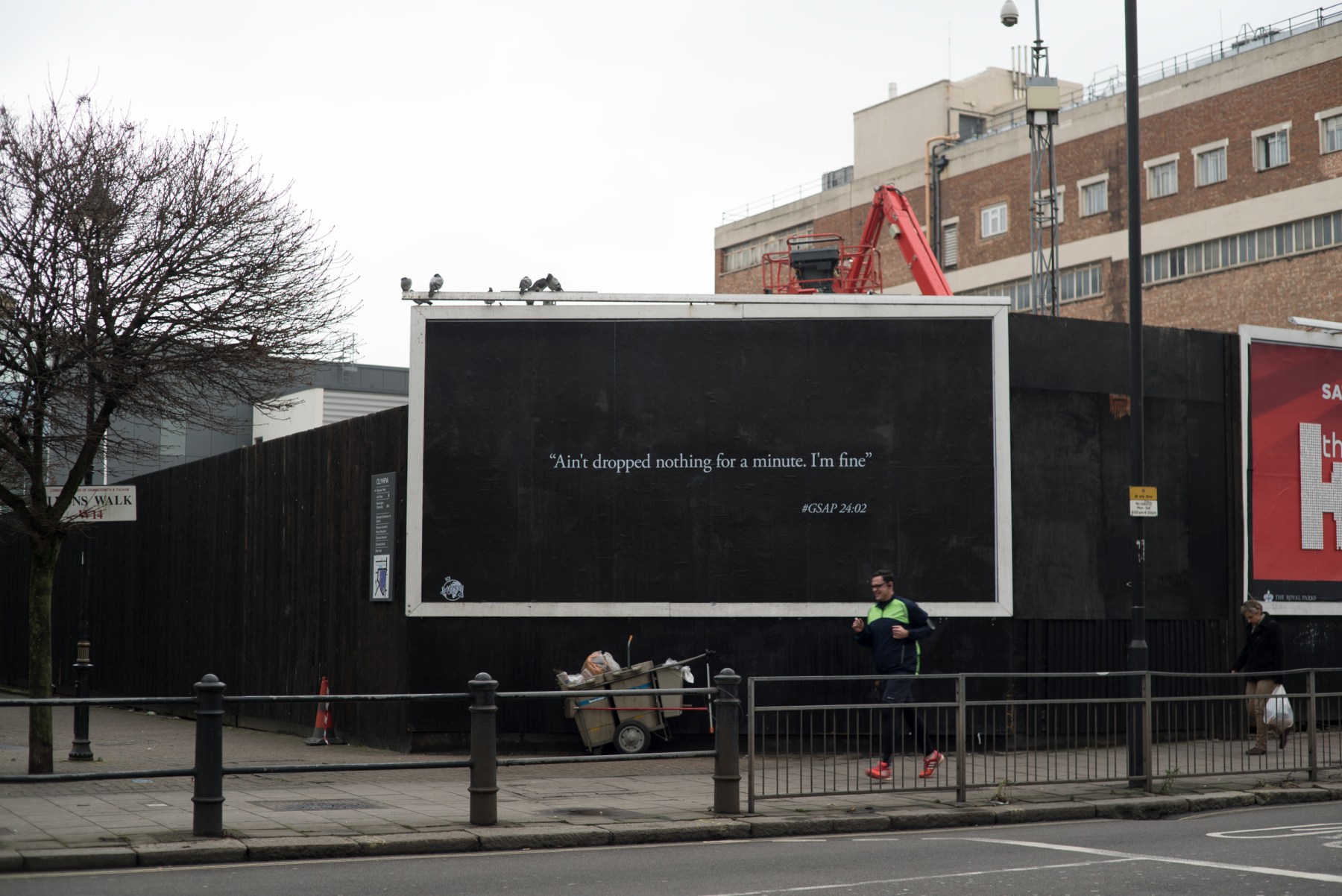 The album is rumoured to be produced by Wretch 32 collaborators Messers Mo and Mikey Samuels, and talking to Clash Stormzy explained this will be the return of his true self rather than his grime persona, “I’m using Michael not Stormzy, because I feel like I need to get back to who I am. There’s been glimpses of people seeing who I am but I’m talking on a musical level. You’re getting the freestyles, you’re getting the records here and there, but you’re not getting who Stormzy is. I want you to understand who I am, what I love, what I hate, what I treasure, what has stunted my growth, helped my growth. I want everything to be in this record.”

He went on to explain that the debut will feature collaborations with singers seeing as “there’s some bits I can’t do myself. I want people to feel that sense of bereavement or pain or mourning from my record.” This means it will likely feature thirteen-year-old viral star Deno Driz who Stormzy brought into the studio last year.

Details are sure to be revealed in the coming month, so keep your eyes peeled for what can only be good news.