A series of rumours, hints, and a telling purple Spotify advertisement all seem to indicate that Prince’s catalogue, or at least a portion of it, will be appearing on Spotify, Apple Music and potentially other major streaming services in the near future.

As reported by Billboard, purple Spotify ads have appeared throughout Union Square station in New York City, apparently confirming the recent rumours that his catalogue would be made available in time for the Grammy Awards on February 12.

Since the late, great artist died on April 21 last year, Prince’s entire catalogue has only been available on Jay Z’s Tidal. In November, Prince’s estate sued Roc Nation for “exploiting many copyrighted Prince works,” claiming they were never given the rights to stream his entire catalogue. 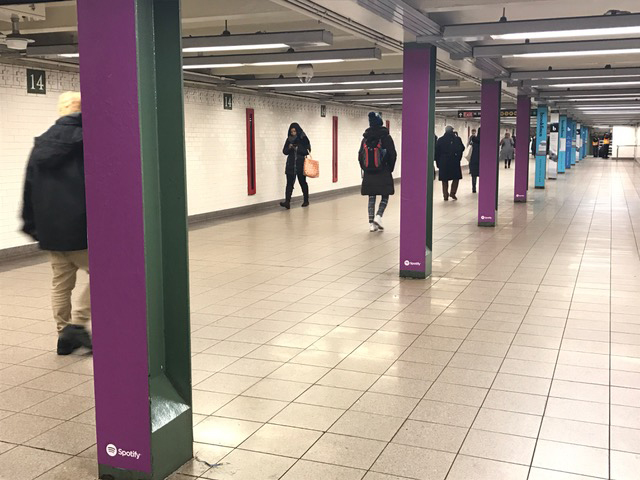 It was recently reported that Prince’s estate is working to secure a deal that would allow at least a greatest hits selection to be made available on other services. The Grammy’s timing is set to coincide with a major tribute, for which The Weeknd, Rihanna and Bruno Mars have been touted to perform.

This will be the first Grammy Awards since the seven-time Grammy winner (and 24-time nominee) passed away last year at age 57.

Billboard, who cite sources close to the situation, suggest that a TV commercial will air during the global broadcast, announcing that the music will be made available on services including Apple Music and Spotify.

No comments have been made by representatives for any parties involved, but with the Grammys less than two weeks away, it won’t be long before we know for sure.