Sydney’s beloved venue the Newtown Social Club is the latest venue to be affected by state’s stranglehold on our nightlife. The beloved venue, which was reopened three years ago as a reincarnation of The Sandringham Hotel, has today announced that it will be closing its doors on April 23, 2017.

The venue has played home to countless local and international concerts, with the small upstairs space renowned for its intimate feel, as perfect a venue for emotional acoustic performances as it has been for raucous, sweaty punk shows. 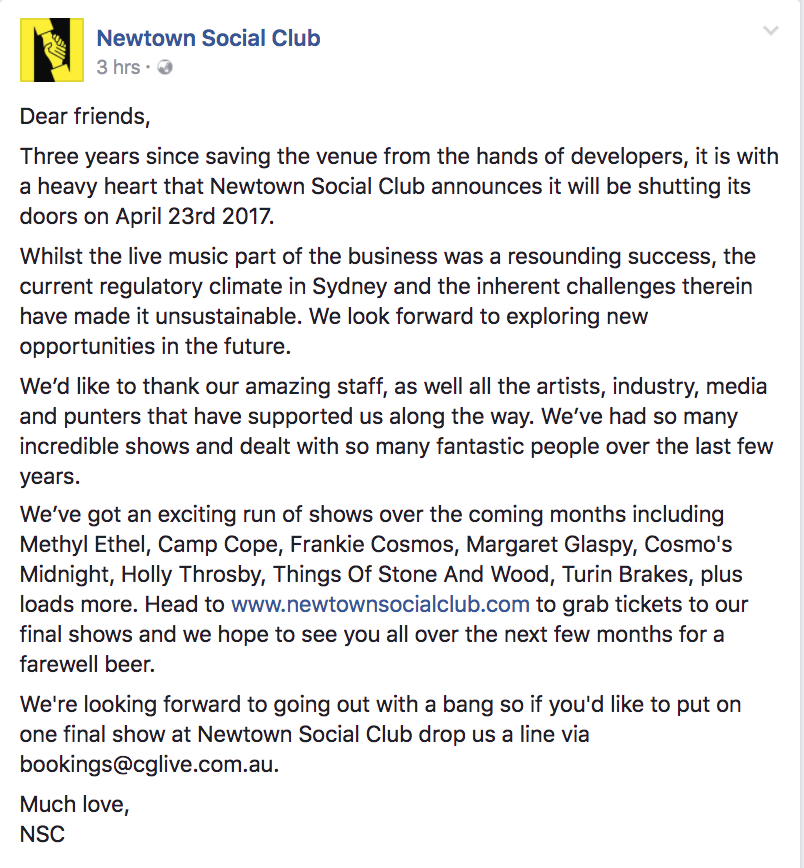 It’s incredibly sad that yet another venue has had to shut down due to the state regulations. That this is even happening outside the lockout zone is perhaps even more telling of the dire state of our nightlife. With the recent retirement of premier Mike Baird, and the introduction of Gladys Berejiklian as our new premier, we can only hope that efforts such as the #KeepSydneyOpen movement will be heard. The Queensland government recently canned their own attempts at the lockout laws, again a powerful sign that such draconian regulations are destructive and unnecessary.

Thanks for the memories, the music and the late nights, Newtown Social Club. You will be sorely missed.