The Avalanches‘ first album Since I Left You, was released when I was too young to purchase CDs (or download/streaming them), but in the 16 years since, they became an enigmatic mystery and a legend; the album was everywhere, universally acclaimed, and the world were collectively waiting for what would finally come in 2016 as the beautiful Wildflower.

Taking their show on the road, they played a select few local and international festivals last year, wrapping up 2016 with Falls Festival, as well as a series of much-anticipated headline sideshows, two of which took place in Melbourne. After selling out the first night, January 3rd a second show was added for the 4th.

Upon arriving at Melbourne’s amazing Town Hall, I was stunned how quiet the room was. There was no one on stage, soft music playing in the background, and most punters were just sitting around chatting to each other in groups. Soon, everything went black and a shadowed figure walked out onto the stage. It was hip-hip legend and Rock And Roll Hall Of Famer, Grandmaster Flash. Flash is considered one of hip-hop’s greatest pioneers when it comes to DJing, mixing, and cutting, introducing a wide range of turntable techniques which single-handedly influenced the way so many DJs and producers work today. His influence extended far beyond hip-hop, and can be clearly felt throughout The Avalanches’ music.

Seeing Grandmaster was interesting. I was so pumped to see him, and considering his fingerprint on my favourite genre, my expectations were high. He took the crowd on a nostalgic journey through some of music’s best funk, jazz, disco, and hip-hip, landing plenty of Michael Jackson in particular. Although you’ve gotta respect the 59-year-old for still being out on the road, the minimal scratching and maximum need for hands to be up in the air didn’t quite do it for me. While simply being able to watch the man live in action was exciting for its sheer historical weight, it nevertheless did leave a little to be desired. 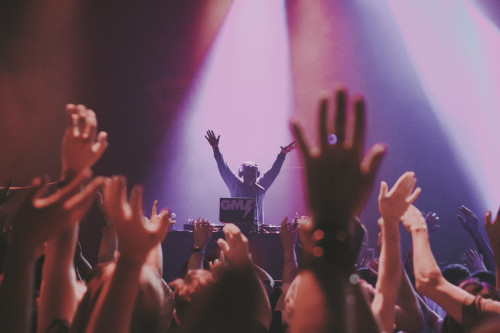 After a merciful 30 minute interval spent escaping the sweatbox of Melbourne Town Hall, The Avalanches graced the stage, with a full live band. The band now consists of only two member Robbie Chater and Tony Di Blasi. Fortunately, Robbie was well enough to show off his skills on the guitar. The rest of the live band consisted of singer Eliza Wolfgramm, rapper and vocalist Spank Rock, and drummer Paris Jeffree.

Wasting no time, they launched right into Because I’m Me, the perfect song to show off the whole band’s abilities right up top. Eliza can really belt out any vocals thrown at her, and Spank Rock’s ability to mimic the various rapping styles and tones featured throughout the album was thoroughly impressive; touring bands often face a huge challenge when considering to perform songs with featured artists who may not be on stage at the time – so finding an artist who can essentially cover all bases was undoubtedly a real blessing. Especially, when it came to doing his best Danny Brown during Frankie Sinatra. At the end of Frankie Sinatra Tony jumped on the theremin, perhaps one of the most unique musical instruments I have ever seen played live. 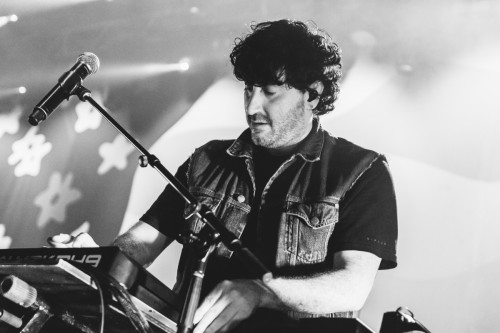 For such a heavy synth, turntable, and sample driven set The Avalanches were able to keep the crowd engaged and each song fresh and interesting. They performed a couple of covers including The Clash’s Guns Of Brixton, which Eliza sung while swinging a baseball bat above her head. Guest vocalist Oscar Key Sung also came out for an intimate performance of Colours.

After revisiting a few old favourites like Flight Tonight and Radio, the large banner behind the band dropped to reveal a video screen, which started to play the acid-trip laced film clip to Subways. The visuals added a cool, unique touch, and the song was the most well-received of the night. 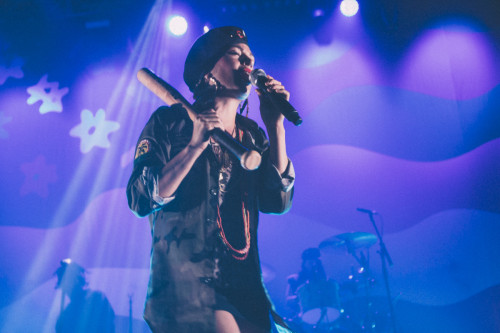 Spank Rock then got a chance to perform some of his own material as the group covered his track Bump, before launching into a more acoustic rendition of If I Was A Folkstar with Oscar Key Sung back on vocals.

The end of their regular set ended with a killer performance of one of the most classic Avalanches tracks, Frontier Physiatrist, with accompanying video. Tony then thanked everyone and said they were just going to pretend to leave, which didn’t stop the crowd from delivering a roaring encore chant, complete with stomping and cheering.

They emerged again a few moments later, and gave the crowd the exact three songs we were all hoping for; Electricity, the kazoo laden The Noisey Eater, and the song that started it all, Since I Left You. Mic drop, and everyone left the stage. 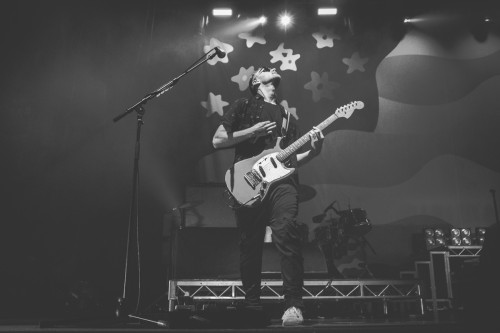 It was an incredible night, complete with a subconscious history lesson. From Grandmaster Flash’s set, which harks back to the very origins of sampling and scratching, to the mighty mighty Avalanches and the way they have so uniquely crafted their music using these techniques, it was as interesting to witness in action as it was to hear and enjoy. The contrast was an experience that will not be matched; The Avalanches’ return was every bit as magical as you could hope for.

Check out our full photo gallery here, photos of The Avalanches at Falls Festival in Byron Bay, and of Grandmaster Flash also in Byron Bay.