A change.org petition has been established to try to remove R&B artist and serial sexual predator R Kelly from the Soulquarius Festival lineup. The R&B festival dropped its incredible lineup a couple days ago, and is set to feature artists including Erykah Badu, The Internet, Kelis, BJ The Chicago Kid, Ja Rule and Ashanti, DMX and more, with R Kelly billed as the first name on the poster.

While Kelly is one of the most successful R&B artists of all time, he has also been accused of sexual assault, statutory rape and possessing child pornography among other violations, including allegedly marrying Aaliyah at 15 years old when he was 27. Although he was acquitted of 14 counts of sexual violations in 2008, more than two dozen women reportedly then came forward with additional claims of sexual abuse.

The horrific nature of these accounts should not be overlooked or forgotten – ever. And one petition is attempting to do just that, by demanding his removal from the otherwise-fantastic lineup.

The petition reads, “Despite an endless flood of abuse allegations and widespread knowledge of his notorious “romance” with the late singer Aaliyah, who was age 15 to his 27 years, Kelly has maintained a relatively successful career.

“2017 is around the corner and many of us still have to look on in disgust as a proven predator, rapist, and serial abuser of young Black girls and women remains embraced in the world of music. Stop booking this man. Stop supporting this man. There’s great power in having a voice. Let’s send a message that the music is not “separate” and the abuse of girls and women is *never* okay, no matter who you are or how many timeless ballads you’ve contributed to the world.” 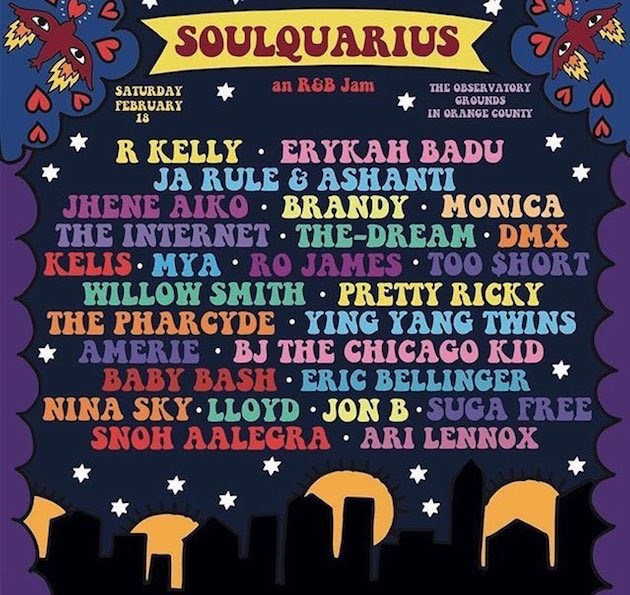