We know how stressful this time of year can be, what with the obligatory family gatherings, staggering financial commitments and, of course, weeding out those festival clashes. Well, Falls Music and Arts Festival has just delivered their official schedules for 2016/17 just in time to help ease this end of year burden.

As one of the largest New Year blowouts on offer, Falls has brought the goods once again with a staunch line-up featuring some top local and international acts that will storm the stage in Byron Bay, Lorne, Marion Bay and Fremantle.

Each program has been remarkably planned out to avoid any major clashes. Although, there will no doubt still be some tough decisions to be made along the way. For the main event, the countdown to 2017, lucky punters get to groove with Childish Gambino, while The Avalanches check out in Lorne, and Violent Soho in Marion Bay. With multiple stages over multiple days there is a lot to take in, so if it’s all a bit too much or you just can’t find a highlighter anywhere, you can download the app for iPhone and Android which will do all the thinking for you.

Check out the full playing times and maps below and get cracking, it’s only two weeks away! 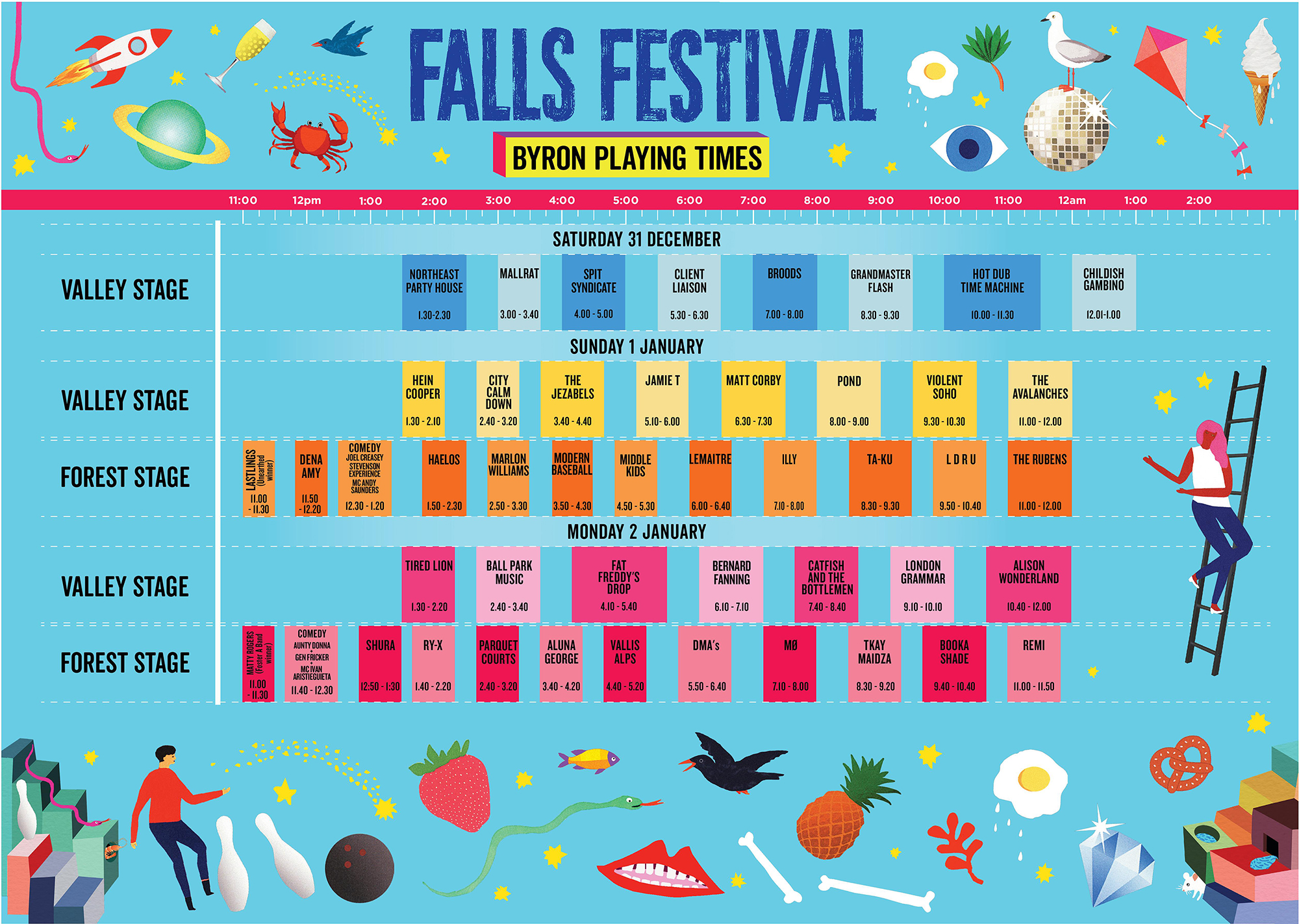 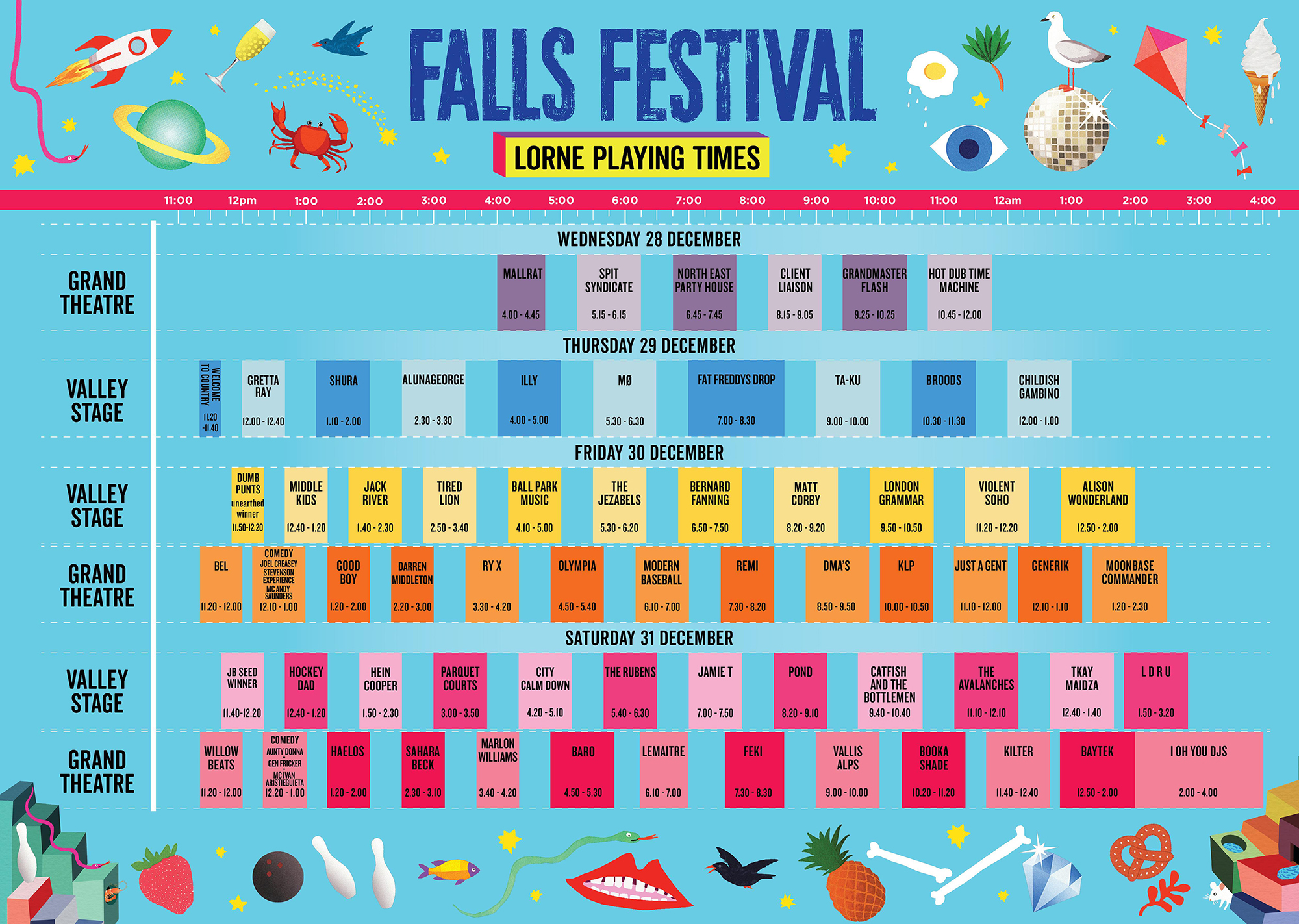 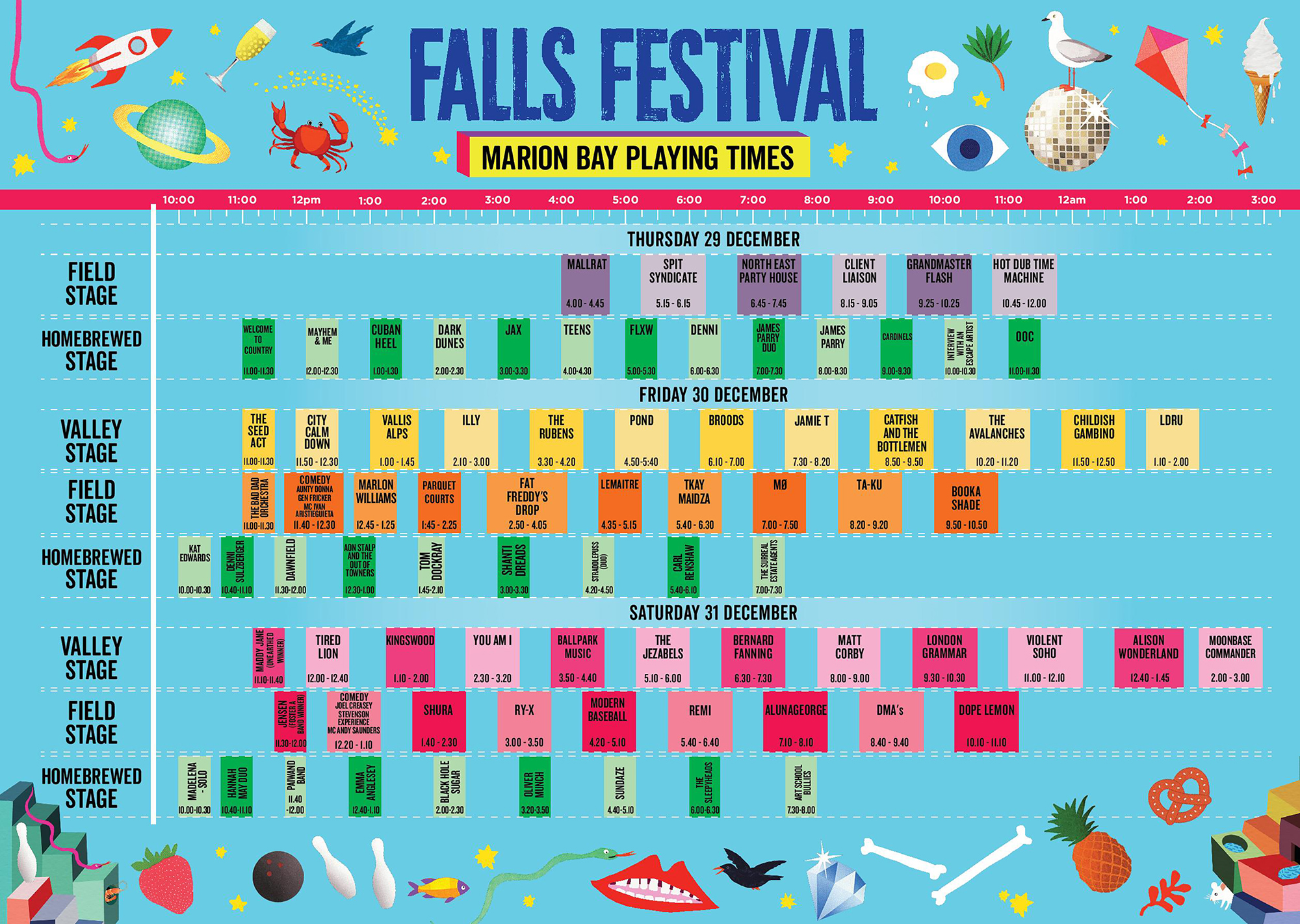 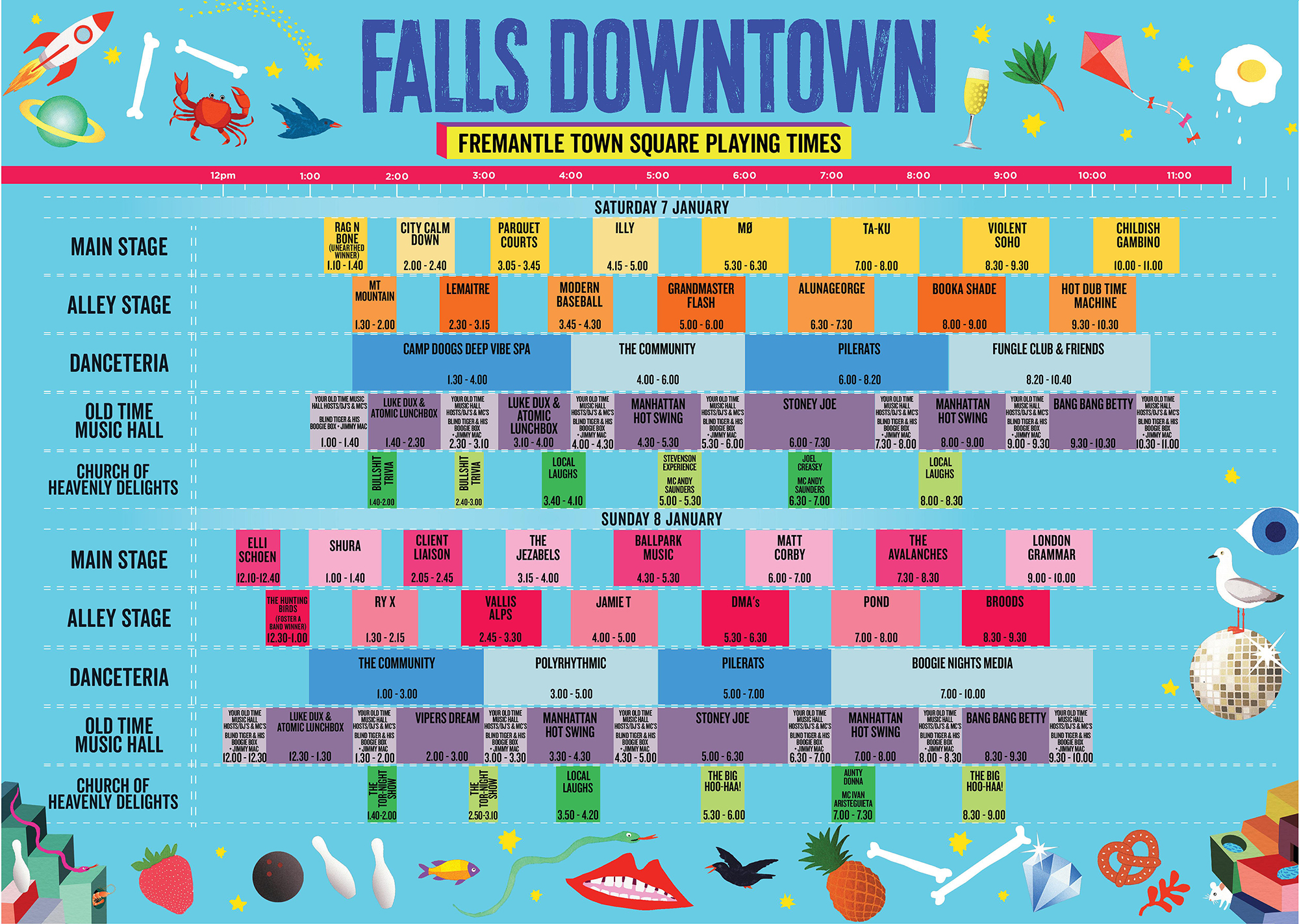 Read up on your complete Falls Festival prep guide: