Although only in its second year running, FOMO Festival has not only spread from one city to three, but its lineup has quickly catapulted it to the top of the party pile for 2017. The festival itself takes place in Brisbane, Sydney and Adelaide, and now a handful of sideshows have been announced for Desiigner, Metro Boomin and JME.

Panda superstar Desiigner has announced shows in Sydney, Melbourne and Perth. The Sydney show is for under 18s only, and will see a slew of diverse homegrown talent, with Desiigner recruiting Slumberjack, Ivan Ooze, Benson and Liz Cambage for the festivities.

FOMO may not be coming to Melbourne, but grime sure is. Catch JME on January 3 at his only FOMO and Beyond the Valley sideshow:

Metro Boomin has had a better year than most. At just 23 he produced for some of the year’s biggest albums and artists, including three tracks on The Life of Pablo and several more for Future, Tinashe, and of course, his own collaboration with 21 Savage, Savage Mode, which spawned gold and platinum singles. Catch him in Melbourne and Perth: 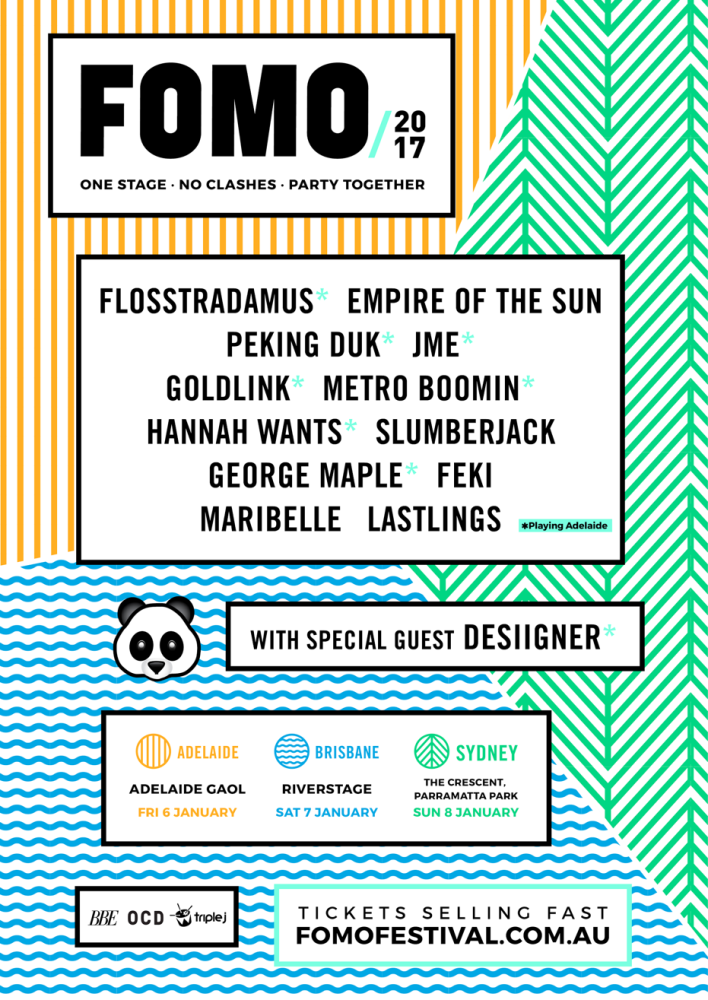